The Banker asks where are the sprinters

Where are all the sprinters? It is a question that can be legitimately asked, especially in Melbourne, in the early part of the year with small fields being produced in stakes races.

Club executives cannot pinpoint the reason for the small numbers. Is it either the prize money on offer, is it the programming of races, or is there a lack of sprinters at that Group 2, Group 3 and Listed level to run in these races?

Nominations are out for next Tuesday’s Listed W J Adams Stakes (1000m) at Caulfield with 11 entered, including a couple that were late entries for the Australia Stakes.

Small fields in sprint races early in the year are not an anomaly.

Either side of the Lightning is the Group 2 Rubiton Stakes (1100m) at Caulfield and the Group 1 Oakleigh Plate (1100m), also at Caulfield, which invariably attracts a capacity field because of the handicap conditions. Is it time to rethink the programming of Melbourne’s sprint races during the early part of the year, or do we go with the flow and hope for a change of field sizes in the years to come? 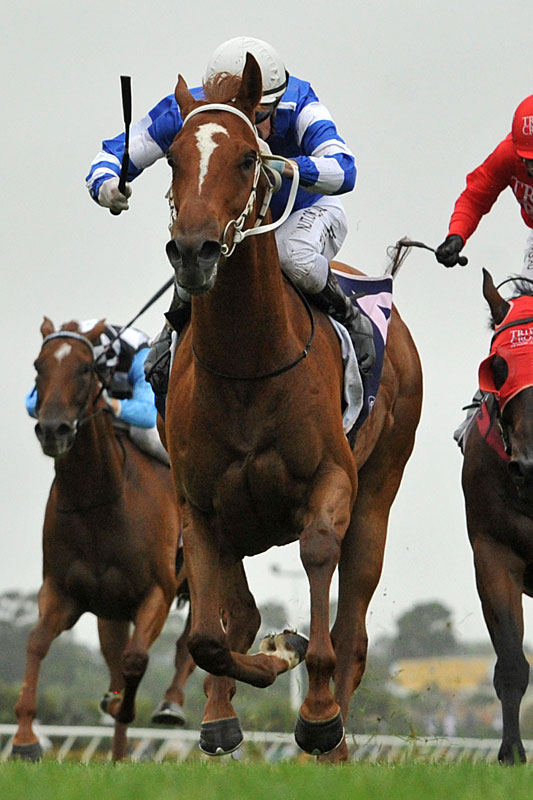 The record of Viridine on the tighter confines of The Valley has punters a little worried in the Australia Stakes on Friday night and they have instead opted for the only Group 1 winner in the 1200m sprint, STREETS OF AVALON. The Shane Nichols-trained galloper is coming off a break, and while his record fresh is not great, he does have residual fitness and two placings from three tries at the track and trip. The small field suits and he could take running down.

Experience counts for a lot with two-year-olds and the early money in the opening races at Sandown on Saturday suggests a forward showing from ARTORIUS. A debut second at Geelong in a small field, Artorius came from the tail that day in a pleasing performance. A rise of just short of 200m should be ideal for the son of Flying Artie who has been supported from $7 into $4.40 in early betting.

Wraps have been huge on HEART OF PUISSANCE who makes his long-awaited return in the second-last race at Sandown. A winner of his first two starts, the Ciaron Maher and David Eustace-trained galloper finished third in the Sandown Guineas at his third race start. The now four-year-old somehow managed enough votes to run in The All-Star Mile at Caulfield last year, the last time he was sighted. One punter has plonked $11,000 at $3.20 on Heart Of Puissance to win on Saturday, enough to see him shorten into $2.80 in early betting.

Brett Cavanough and TAB Highway Handicaps almost go hand-in-hand and that seems to again be the case at Randwick on Saturday. The Cavanough-trained WATER DOVE has been backed from $8 into $4.80 in early betting. Water Dove has raced twice for a victory at Dubbo last June and a comfortable win at Wellington earlier this month. She has come up with a good barrier and with Rachel King to ride, it may be wise to follow the money trail.

Star out to Conquer Doomben

In the final race at Doomben there has been support at big odds for CONQUER THE STARS, firming from $81 into $17. Conquer The Stars was second emergency, but three runners above him sees the gelding gain a start. His form may not read all that well, finishing well back at his past two outings, but he was successful at this course in September. That was off a four-month break and this time Conquer The Stars is coming off a three-month break. It may pay to follow the early support.

Good early support has proven a successful guide in Adelaide recently and TOFF LOVE in the fifth race at Gawler on Saturday is one to keep an eye on. The David Jolly-trained gelding is resuming and has been supported from $11 into $6.50 since fields were declared on Wednesday. Toff Love was formerly trained in Victoria by Symon Wilde before joining Jolly and won his only start for the new stable in June last year when practically unwanted in betting. Jolly obviously has a better handle on the gelding now which has undoubtedly led to the early support.