The Astrologist after three straight in Bletchingly Stakes

Two campaigns in the warmth of Queensland have worked wonders for The Astrologist who will be after a third straight win at Caulfield.

The Astrologist scored successive wins at Flemington and has to transfer that form to Group 3 level in the Bletchingly Stakes (1200m) on Saturday. Troy Corstens, who trains the sprinter with his father Leon, has no doubts The Astrologist is ready. 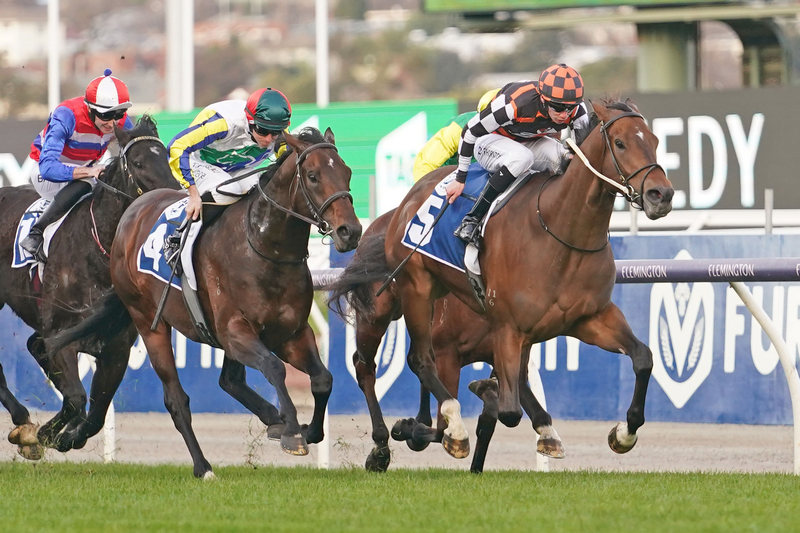 The Astrologist has been in winning form since returning to Melbourne, picture Racing Photos

The Astrologist was sent north to the Gold Coast for the Magic Millions Carnival earlier this year and was spelled up there before having two runs in Brisbane early in the Winter Carnival.

On return to Melbourne, the gelding scored over 1100m at Flemington on June 19 before winning the Listed All Victorian Sprint Final (1200m) two weeks later.

“He came down with a beautiful summer coat and still looks the same,” Corstens said.

The prospects of a wet track are no concern for Corstens. While rain is forecast for Friday and Saturday, Corstens does not think the track will be too bad.

“It’s a Heavy 8 at the moment, and there’s a couple of mils on Friday and around three mils on Saturday,” Corstens said.

“He’s had five goes on the soft for three wins and a second, and three goes on the heavy for two thirds. So I’m not too worried about him on that ground.”

Lining up for the fourth run of his campaign, Corstens said The Astrologist would tell him how far the preparation can be extended.

“If he comes through Saturday alright, we’ll run him down the straight in the Aurie’s Star [on August 7],” Corstens said.

“There’s lots of options for him. We could back off him and take up the farm for a couple of weeks and then bring him back, but we’ll just wait and see.”