Australia’s only fan-voted horse race will expand across the Tasman in 2020 with New Zealand residents to help shape the field for the second annual The All-Star Mile.

The top 10 horses from a public vote will again secure a berth in the world’s richest mile race to be run at Caulfield Racecourse for the first time on Saturday, 14 March.

News of the expansion of The All-Star Mile to include votes from New Zealand was made today at the unveiling of the key race conditions for the 2020 edition.

It comes on the eve of the return clash between The All-Star Mile 2019 winner Mystic Journey and runner-up Hartnell, who resume in the Group 2 P.B. Lawrence Stakes (1400m) at Caulfield this Saturday.

The key announcements made by Racing Victoria (RV) and 2020 host, the Melbourne Racing Club (MRC), are as follows:

• The core structure of The All-Star Mile will remain the same with prizemoney of $5 million and the top 10 horses from a public vote securing a start in the weight-for-age contest;

• The expansion of the field size from 14 to 15 starters with the addition of a fifth wildcard to be chosen by RV and MRC’s wildcard selection panel;

• If the winner of the Futurity Stakes and/or Blamey Stakes has already secured a start via the public vote, then the berth will revert to a traditional wildcard selection;

• An increase in the minimum handicap rating at the close of nominations for horses aged four-years and older from 70 to 80, with three-year-olds to remain at 70;

• The retention of both a $500 entry fee – which will again be donated to charity – and no acceptance fees;

• The introduction of a free acceptance stage following the announcement of the top 10 voted horses to confirm the entries that wish to be considered for selection as an emergency if not granted a wildcard; and

• A change in the criteria for the selection of emergencies from career prizemoney earnt to the highest total prizemoney earners in races between 1200m and 2050m from 1 February 2019 until final acceptances in March 2020.

“The original All-Star Mile in March was a tremendous success attracting 140,000 votes and more than 16,000 people to Flemington who witnessed the fairy-tale victory of three-year-old filly Mystic Journey in a race that rates among the best of 2019," said RV Executive General Manager – Racing, Greg Carpenter

“We were delighted with the passion shown for the race by the Australian public in its inaugural year and we’ve taken our time since to consider the various feedback we’ve received on how we can make The All-Star Mile 2020 even better.

“We’re excited to announce today that we’ll be allowing racing fans in New Zealand the opportunity to also vote for their favourite horse to gain a start in The All-Star Mile. Will they vote for homegrown stars like Melody Belle and Te Akau Shark or put patriotism aside and vote for the likes of Mystic Journey? It will be interesting to watch.

“In building the race conditions for The All-Star Mile 2020 we wanted to consider our learnings from year one, whilst ensuring that we retained the essence of the race, that being a fan-driven contest in which a broad section of owners and trainers get the chance to compete in a lucrative, world class event.

“The changes to the conditions will ensure that The All-Star Mile is a contest befitting of its status, whilst retaining the unique opportunity for fairy-tale stories to emerge and dreams to be realised.

“We’re confident that the enhancements announced today will ensure that The All-Star Mile 2020 at Caulfield will generate great interest, some innovative marketing campaigns and a wonderful contest for all to enjoy.”

“We are thrilled to be hosting the second edition of The All-Star Mile at Caulfield in 2020 and recognise the updated conditions, which will no doubt result in a more competitive campaign period and a more exciting field," said MRC Executive Director – Racing & Membership, Jake Norton.

“We welcome the initiative to accept votes from our New Zealand neighbours and look forward to engaging them, and the Australian racing public, in a fierce campaign to identify the 10 most popular and best horses for the race.

“The addition of the two ‘win and you’re in’ races will provide further touchpoints for the public, the media and the industry to be involved in The All-Star Mile, as well as acting as welcome boosts to both of those racedays at Caulfield and Flemington.

“As we saw last year, the world’s richest mile has the power to transcend international boundaries and become a talking point for racing across the globe, and so we look forward to seeing a field of the best local and international runners here on 14 March.”

Nominations for The All-Star Mile 2020 will open in December 2019 with voting to commence in January 2020. 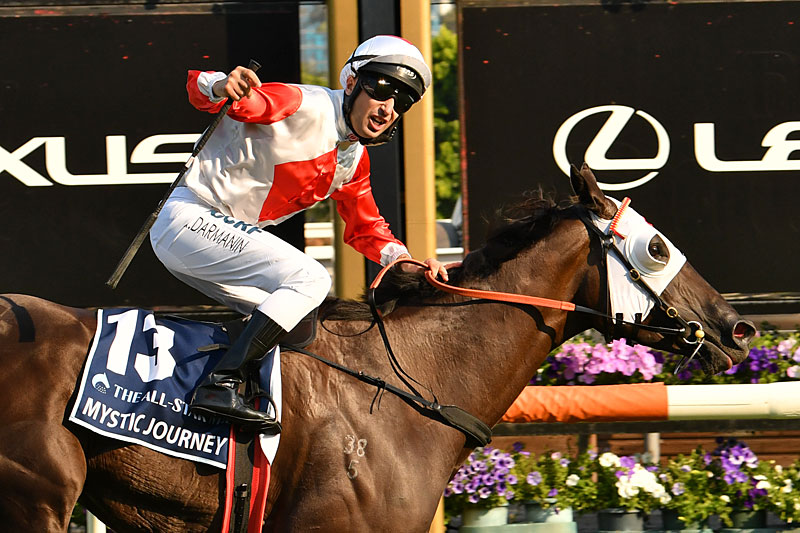