Randwick on Saturday plays host to Australia's best sprinters with the fourth running of the $15m TAB Everest (1200m). An impressive field of sprinters has been assembled for the world's richest sprint race on turf.

Seven Group 1 winners with 17 wins at the top level between them will contest the race however an up and comer looks set to reach new heights.

The horse in question is the Les Bridge-trained Classique Legend. The gelding has not put a foot wrong since plans to send the grey sprinter to Hong Kong fell through.

The five-year-old has won two of his three starts since the transfer was aborted, taking out a stakes race in June before a head turning victory in the Group 2 Shorts (1100m) where he defeated fellow Everest hopefuls Eduardo and Bivouac.

Classique Legend produced that win despite a chequered passage in the straight. He encountered another nightmare run second up when three wide no cover throughout in the Group 2 Premiere Stakes (1200m) at Randwick a fortnight ago.

Connections will be hoping it is a case of third time lucky this prep for Classique Legend to enjoy some luck in running and the speed map suggests it should occur.

A strong early tempo is anticipated which should allow for two time Everest winning jockey Kerrin McEvoy to have the gelding midfield and one off the fence. 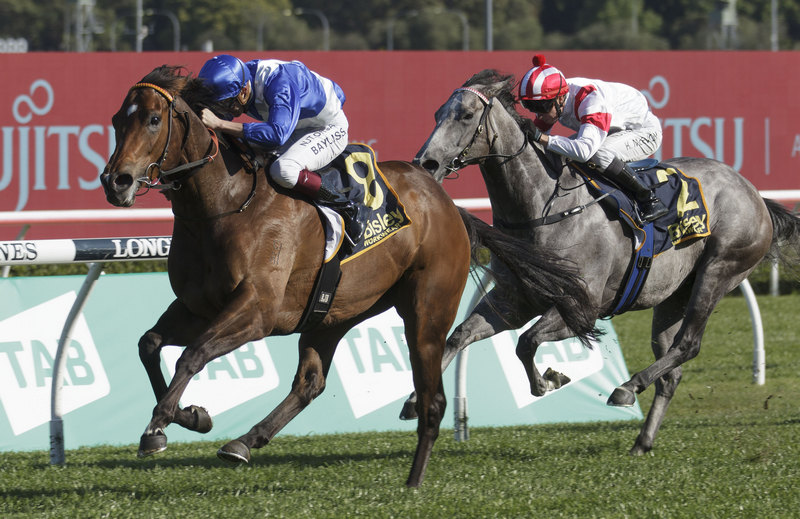 The Kosciuszko and The Sydney Stakes provide two exciting spectacles in their own right on a day which showcases Australia's best sprinters, both from the city and the country.

Defending Kosciuszko champion Handle The Truth appears timed to the minute for the event off a closing first up effort behind Athiri over the Randwick 1200m.

It was a pleasing display by the Star Witness gelding and a necessary outing with trainer Keith Dryden following the same path when winning The Kosciuszko 12 months ago.

The gelding possesses an excellent second up record having won three of his six prior second up outings.

The five-year-old gets into the Kosciuszko extremely well under Set Weights plus Penalties and suspect his class will shine through at the business end.

The $500,000 Group 3 Sydney Stakes hosts a number of well performed sprinters who fell agonisingly short of gaining a start in the Everest.

One of those is Everest first emergency and defending Sydney Stakes winner Deprive.

The son of Denman has been mixing it with the best sprinters in Australia for the past 12 months and did so again first up when third to Libertini in the Group 2 Premiere Stakes (1200m).

It was a pleasing first up display by the six-year-old who settled back and closed strongly late, narrowly edging out Nature Strip for a minor placing.

Under the guidance of Rachel King, the gelding is again expected to get back however will benefit from a strong early tempo with the likes of Irithea, Prime Candidate, Adelong and Special Reward all injecting speed.

Strong course, distance and second up credentials all point further to Deprive making it back to back Sydney Stakes victories on Saturday.