Surprise Baby (NZ) only needs to get through the remainder of the week to have his first start since last year’s Melbourne Cup. Now in the care of Gavin Bedggood at Cranbourne, the talented son of Shocking is entered for the Group 3 Kevin Heffernan Stakes (1400m) at Caulfield on Saturday.

A hock injury has prevented Surprise Baby (NZ) from racing since last’s Melbourne Cup in which he finished 13th to Twilight Payment (Ire) as the $6 favourite. Under Jordan Childs, the 7-year-old had a familiarisation galloper on the course proper at Caulfield on Tuesday and impressed Bedggood who partnered stablemate Sir Peter in the gallop.

“We went a nice half-mile working gallop and kept improving all the way,” Bedggood said. “At the 200 metres I had a peak over my shoulder to see where he was and as quick as I did, he was burning straight past me.

“He looked to work great, he pulled up fantastic in the wind and Jordy couldn’t have been happier. So, all going well he’ll take his place on Saturday.” 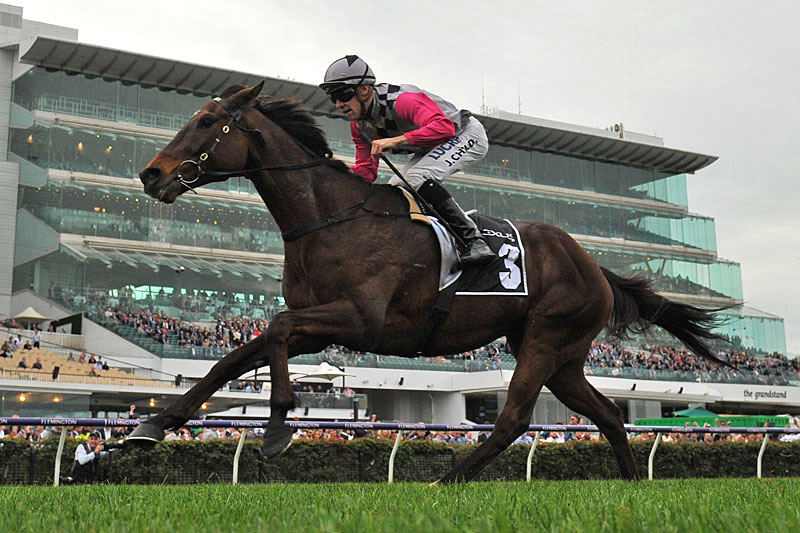 Surprise Baby (NZ) has done plenty of work in preparation for his return on Saturday. After an extensive rehabilitation program, he spent time with Wangaratta trainer Steve Cunningham before making his way to the water-walker at Monomeith Stud Farm.

Bedggood said Surprise Baby (NZ) has been cleared to race following scintigraphy on the hock, along with two rounds of x-rays.

“He’s obviouly a staying horse, so we’ve tried to keep his work short and sharp to give him his chance to run really well first-up,” Bedggood said “Providing he gets to settle in the early and middle stages, he’ll be really rattling through the line.

“He’s never been a horse that carries a lot of bulk. He’s got a big stomach and a wide chest and girth, but he’s as forward as we can have him going into Saturday off one jump-out.”