Support for US charges in alleged doping scheme

The news that 27 trainers, veterinarians, drug distributors and others connected to US racing will face charges as part of an alleged widespread doping scheme has brought support from racing participants including Woodbine in Canada.

"It’s also a strong statement that the use of performance enhancing drugs will not be tolerated. Hopefully this permeates through the industry and changes the culture at all levels of horse racing.

"While Woodbine Entertainment was not specifically involved in this investigation, we are extremely supportive of all efforts to eradicate cheating and the use of PEDs in our sport. Thank you to everyone who contributed to this investigation. Even though the vast majority of trainers do not use PEDs, it’s important that we all work together for the betterment of horse racing and the welfare of our horses.”

“Unscrupulous trainers that drug horses are not only putting animals and jockeys are risk of life and limb, but they are rigging the system and making a mockery of anyone who bets based on their knowledge of the athletes involved,” said Marty Irby, executive director at Animal Wellness Action based in Washington.

“The betting public will no longer tolerate the racing industry’s drug addiction, and we applaud the Department of Justice for stopping doping abuses."

An indictment released on Monday in the United States District Court specifically states that a designer, performance-enhancing substance was administered to the Jason Servis trained Maximum Security in 2019, when he was named champion three-year-old colt in the US.

Servis sent out Maximum Security to win the US$20 million, Saudi Cup at King Abdulaziz Racetrack, Riyadh, on February 29th.

Jorge Navarro, whose horses have earned more than US$37 million since 2008, was also among the trainers listed in a 44-page indictment that listed 18 other individuals. Eight more were listed in three other indictments on similar charges.

In the indictment of the 19 individuals that included Navarro and Servis, it said the charges result from a "widespread, corrupt scheme by racehorse trainers, veterinarians, performance-enhancing drug (PED) distributors, and others to manufacture, distribute, and receive adulterated and misbranded PEDs and to secretly administer those PEDs to racehorses under the scheme's participants' control".

The court papers state that SGF-1000 is a customised PED purportedly containing "growth factors" including fibroblast growth factor and hepatocyte growth factor, which are intended to promote tissue repair and increase a horse's stamina and endurance beyond its natural capability. 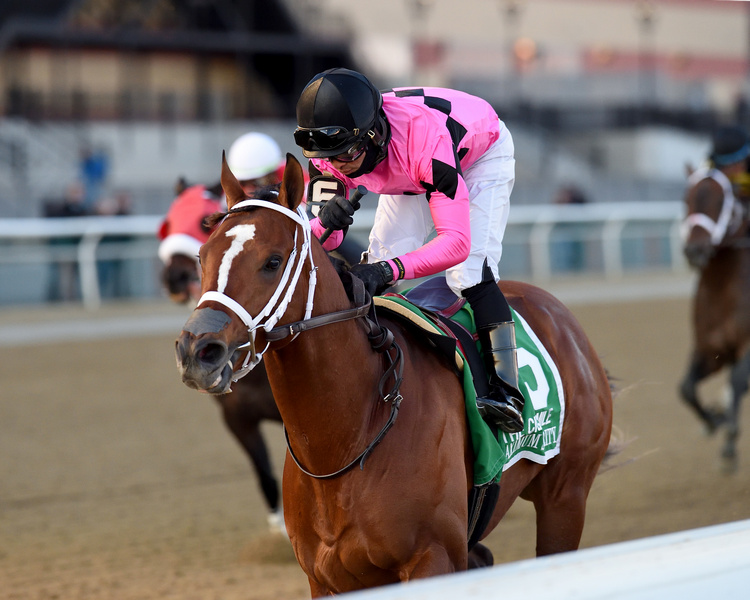