Danny O’Brien is looking forward to the challenge of confronting Zaaki (GB) when the European import makes his Melbourne debut at Sandown. Superstorm is set to tackle the weight-for-age star and three other opponents in Saturday’s Group 1 Underwood Stakes (1800m) on Saturday.

Only five horses accepted for Saturday’s race after 12 were originally entered and the weather could decide if the field comes down even further. A wet track could see Probabeel (NZ) miss the race, although the 1800m is seen as an ideal lead-up towards the Group 1 Caulfield Stakes (2000m) on October 9, two weeks prior to the Group 1 Cox Plate (2040m) at The Valley. 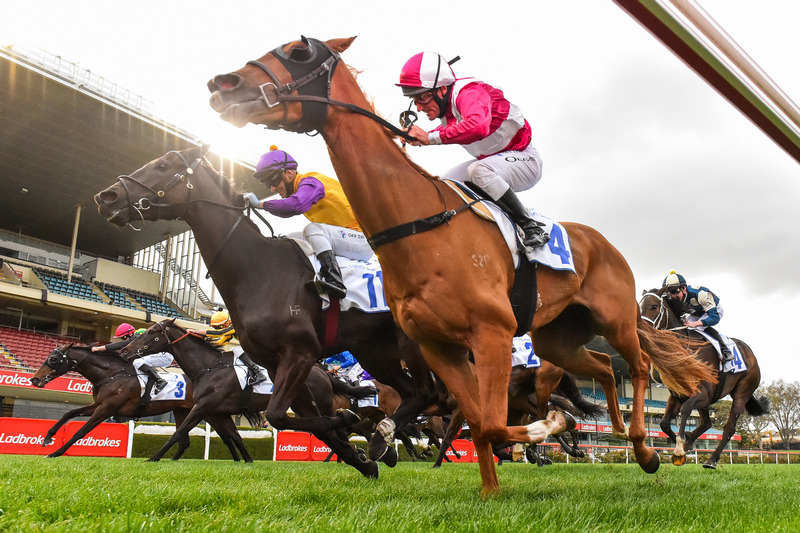 Superstorm is to tackle Zaaki in the Underwood Stakes, picture Racing Photos

O’Brien said it was a big challenge to be taking on Zaaki, but he believes the 1800m on a big track like Sandown was ideal for Superstorm.

“I’m really looking forward to it,” O’Brien said. “Obviously Zaaki’s going to go around a deep, odds-on favourite, and he deserves to off his last three or four performances in Queensland and Sydney, but our guy has had a really good build up.

“He’s a horse that Bob Peters has been very patient with and one that has really bloomed over the last six months. He’s had the two runs and goes to Sandown as good as we can have him, and I think the Sandown 1800 metres is just the perfect track and distance for him at this stage of his career.”

Zaaki does have a stranglehold on early betting on Saturday’s Group 1 with TAB positing him their $1.33 favourite soon after the field was announced and before support saw him firm into $1.25 in advance of the market settling at $1.28 a few hours later.

With the track rated a Soft 6 at acceptance time, Probabeel was easy in the market from $4.60 to $5 second favourite, while Superstorm sits on the third line as an $11 chance.