Happy Valley's highest-rated race on Wednesday night, the Class 2 Sun Jewellery Handicap (1200m), went to the David Hall-trained Super Turbo, who continued his great record at this meeting with a strong victory under Vincent Ho.

Super Turbo won the Class 3 over 1200m at the last Happy Valley card of the season two years back, also with Ho in the saddle, while he finished second to subsequent Kranji Mile winner Southern Legend last year in the same race he won tonight.

The grey had missed most of the 2017/18 season through injury, but Hall holds high hopes that he could take his rating into triple-figure territory next term.

“To be honest, we probably wouldn’t have been here at this meeting if it hadn’t been for the injury midway through the season, so it’s funny how things work out,” Hall said.

“He was off for quite a while so it’s taken him a couple of runs to get back fit; he’s a colt and quite a gross little horse. His last couple of runs have been OK but he’s progressively improved in fitness and we expected him from a good draw to be quite competitive tonight.

“I’m looking forward to doing a bit more with him next season. He’s only had one run at 1650m and he went super, so next year, if he doesn’t have an injury, we’ll be able to test him a little more at that distance. I think he won with a bit of authority tonight, he’s not overly raced and so I hope there might still be a little bit more to come with him.”

Umberto Rispoli also tasted success at the last city track meeting of the term aboard the Dennis Yip-trained Fantastic Fabio in the Class 4 Bulldozer Handicap (1200m).

The Hong Kong racing season concludes at Sha Tin on Sunday with the Season Finale meeting. The first is scheduled for 12.30pm, with the annual Season Finale Parade to dazzle racegoers after the last. 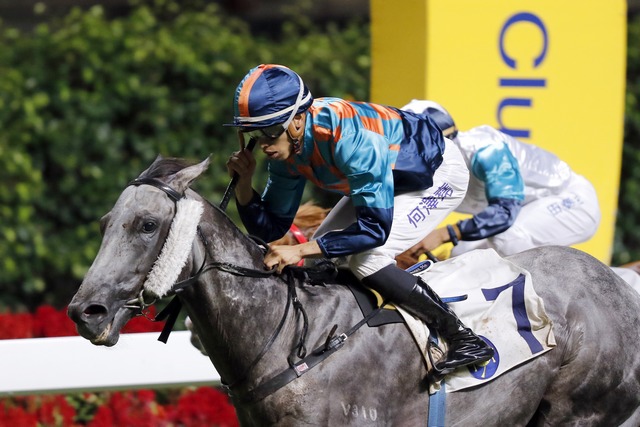