The steady build-up for Sunlight's return to competitive racing gained further momentum on Thursday as the Zoustar mare won a trial at Strathalbyn.

Sunlight won her 1000-metre open trial by 1.5 lengths in an overall time of 1:02.09, with jockey Barend Vorster riding for the first time since fracturing his collarbone when he fell from Sunlight's stablemate Manuel in the Group 2 Australia Stakes (1200m) at The Valley on January 24.

Sunlight has been patiently handled by Tony and Calvin McEvoy in recovering from a splint bone injury suffered in the spelling paddock over summer.

She participated in an 800-metre Flemington jumpout on March 13 and then galloped between races at Morphettville last Saturday. 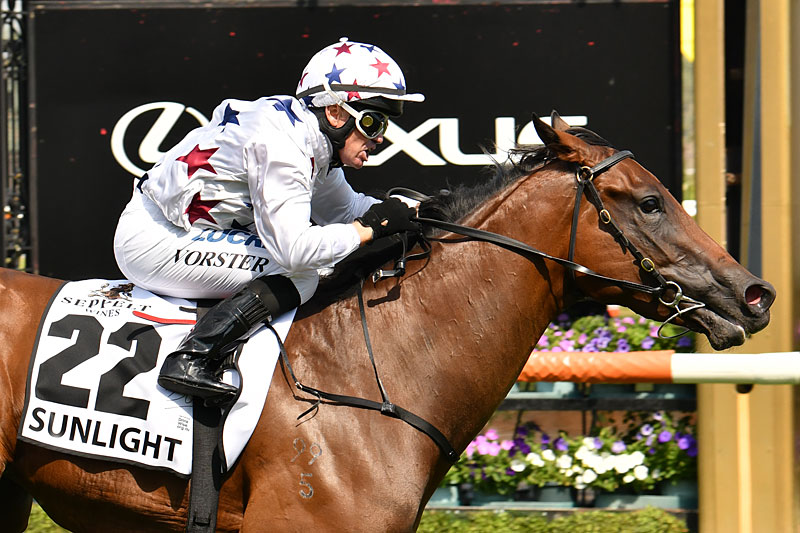