The South Australian stable of David Jolly gave a strong guide to the chances of Streetcar Stranger at Caulfield in Melbourne on Saturday by electing to bypass a race at Saturday’s South Australian Derby meeting.

Streetcar Stranger was an acceptor for the Terry Howe Printing Sprint Series at Morphettville but Jolly decided to send the gelding across the border to contest the Thomas North Handicap (1100m).

It was an inspired choice as Streetcar Stranger was well-supported and well-ridden to land the prize — providing Jamie Kah with her fourth winner of the day. 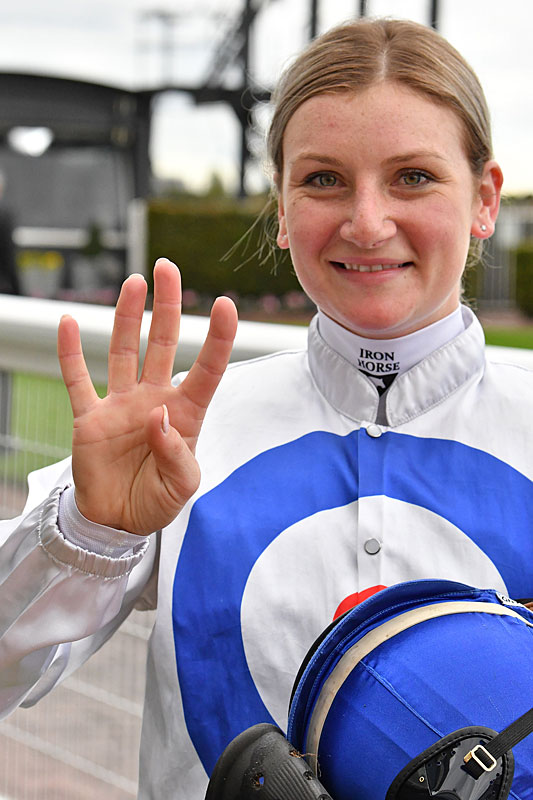 Kah scored earlier on Generation, Excelman and Pintoff to take her to 85 winners for the season and within sight of the magical 100 mark in the Melbourne Jockeys’ Premiership.

Sent off the $2.90 favourite, Streetcar Stranger raced to a three-quarter length win from Sam’s Image ($7), with Blazejowski ($4.60) the same margin off in third.

Kah said she received a call from Adelaide jockey Paul Gatt, a brother-in-law of her fiancee Clayton Douglas, on a few pointers about Streetcar Stranger.

“He just reminded me how to ride this horse in that you can’t hit the front too soon on him and to get him into a good rhythm,” Kah said. “Credit goes to him for reminding me about that and the run was perfect for what he needed.

“I always love riding winners for these people. David Jolly put me on when I was claiming three [kilos] and I was very messy on them, but he kept putting me on. I’m glad to repay him now.”

Streetcar Stranger holds a nomination in next Saturday’s Group 1 The Goodwood (1200m) at Morphettville for which he is a $17 chance with TAB after being a $26 before Saturday’s success. 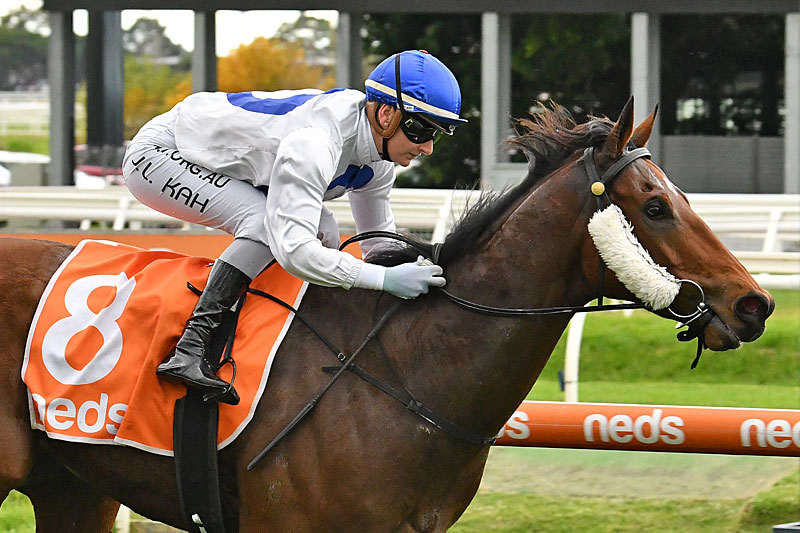