Halvorsen steps out at Flemington on Saturday chasing a second win in the Group 3 Standish Handicap (1200m). 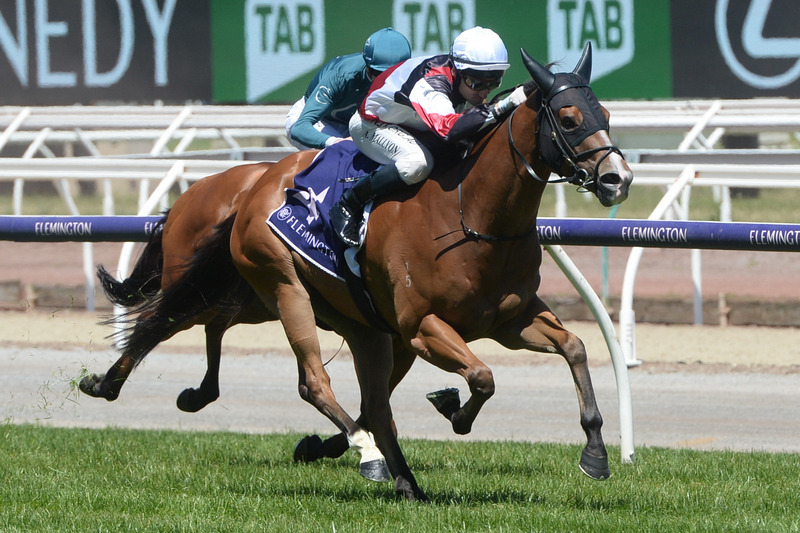 Halvorsen is looking for his second Standish, picture Racing Photos

Two years since scoring when the race was run in its traditional slot on New Year’s Day, training partners Robbie Griffiths and Mat de Kock chose to step the six-year-old gelding out a fortnight earlier in mid-December ago in preparation and notched a third placing behind Mileva in the Listed Kensington Stakes (1000m).

“We believe he’s going just as well as he was two years ago,” Griffiths said on RSN. “We were bullish first-up and I think he can win tomorrow.

“He’s had a really good preparation with his return run where he won well and then a very respectable third. All of a sudden he drops four-kilos down to 56 with a nice, compressed weight scale and he’s got the barrier to compliment his style of racing.

“There’s a lot of pluses in his favour and he galloped really well on Monday morning, too.”

Halvorsen is rated at $7 with TAB for the $250,000 feature with Jamie Kah in the saddle and Griffiths gives the impression of regaining that feeling of excitement for a horse that spent a long time — two years — out of the winners’ list.

“To be first past the post and then hold his form again with a very good second-up run, I think all of now have got more confidence going into the Standish to suggest that he can hold it again,” Griffiths said.

“We’ve got that confidence that we can’t see why he couldn’t do it again.”