Stockman (NZ) rounds up his second win in succession

Joe Pride’s Stockman (NZ) made further progression with his second win in succession after taking the $100,000, Sporting Chance Cancer Foundation Bm 74 Handicap (2000m) for three-year-old’s at Randwick on Saturday after a tough, unflinching run secured the win in the final strides.

The Waterhouse and Bott trained Reinvest (58kg) and Hugh Bowman, the second favourite at $3.60, had taken the lead from the 300m after travelling in third for the trip and looked the winner. Stockman (57kg) and Sam Clipperton had been in mid-field and cornered five wide with clear running which was sensible planning by Clipperton with the Heavy 8 track taking its toll on the early front runners apart from Reinvest.

Racing in the middle of the track Clipperton commenced a long run on Stockman and the well-bred Tavistock gelding was up to the task of catching the leader racing to his inside. It took all the straight, but in the final two strides Stockman rounded up Reinvest for a head win.

Reinvest (Redoute’s Choice) was clear of The Guru (Rubick) (53.5kg) and Andrew Adkins with the margin 2L. The $3.40 favourite Foxborough faded from fifth to last. 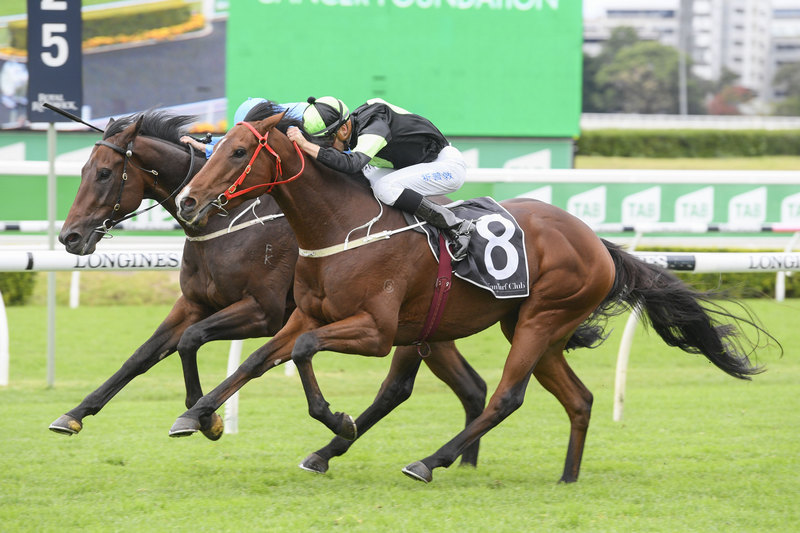 Stockman (NZ) just has the measure of Reinvest inside, picture Bradley Photos

“A great win for a good group of people and Jamie (Walter) at Proven Thoroughbreds, so really happy with that,” said Pride.

“A really good staying performance and I can only see him getting better as he gets over further and just matures a little bit as well.

“Rory rode him the other day, rode him really well, and he thinks he will be better on top of the ground so I hope he is right and of Sam tells me something similar today I will be excited,” he said.

Pride suggested that he will continue with Stockman’s campaign.

“He just looks like a horse who is really progressive, very untapped, he is still quite raw. He is a gentleman to ride and he thought his job was done at the furlong a bit and when he had a fit horse like Gai and Adrian’s it good have gone either way,” said Clipperton.

“But too his credit he dug deep and slogged it out. It was tough going the last 100m and I think you really needed a horse with staying ability for the last little bit. He has certainly got that in another year to come he could win some better races.”

Stockman is out of the Zabeel mare Crimson and this was his third win from seven starts. A week ago he won over 1600m under Rory Hutchings carrying 58.5kg over 1600m at Wyong and her has stepped up well in both distance and to metropolitan company. 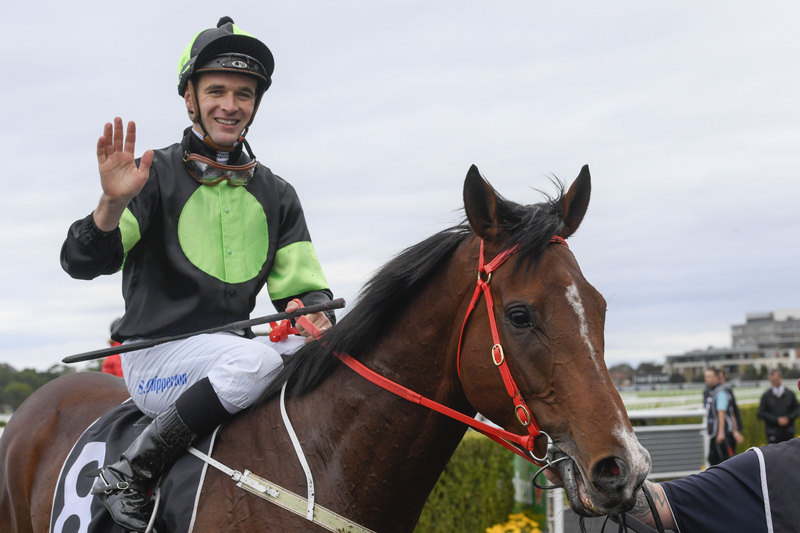