An 1100-metres sprint for three-year-old's in May does not often deliver a near-record time at Flemington but after seeing off her rivals by seven lengths over 1200 metres on Anzac Day, Star Patrol has delivered again in the $130,000, Ecycle Solutions Trophy on Saturday.

Trainer Clinton McDonald revealed this week that the ownership had rejected a lucrative offer from Hong Kong to sell the gelding by Starspangledbanner, and that decision could return black type success in the Listed Creswick Stakes over 1200 metres on 18 June.

“I was a bit worried but the best part was the last 100 metres,” McDonald said. “He really got into his work and was strong through the line.”

Riding his second winner of the day, Brett Prebble agreed that the potential is there but more time is needed.

“He’s still a big baby in a sense,” Prebble said. “He jumped out neutral today and the first 50m he never really took the bridle and I thought he’s going to be a couple of lengths off them, then once he gets up into his stride he really becomes strong and wants to be competitive and start racing.”

The key for Prebble being to let the horse do what comes naturally.

“He’s a fast horse, he’s a speed horse so let him be fast. 1200 metres really is his trip. I think the high cruising speed drops a lot of horses and they can’t sustain his gallop.

“That’s the difference between the good ones and bad ones, they can’t sustain their sprint.” 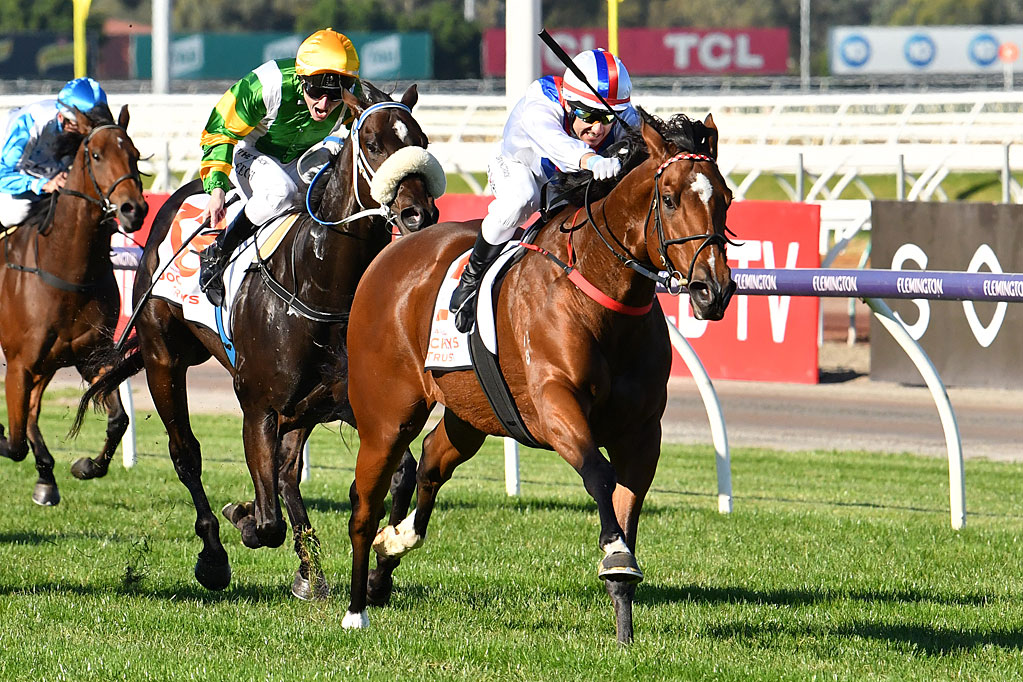