Teo Nugent has already wrapped up the 2020-21 RMBL Investments Rising Stars Series, but he is still determined to finish with a flourish when Flemington hosts the finale of the apprentice-only series on Saturday.

Josh Richards’ win in the penultimate leg at Cranbourne last Thursday meant Nugent could not be caught at the top of the leaderboard, having amassed 65 points thanks chiefly to his earlier victories at Mornington (August 2020 and May 2021) and Geelong (November 2020).

Nugent, who only recently returned to the saddle after breaking his fibula, will ride in-form mare Galgani for Cranbourne trainer Nikki Burke in the Rising Stars Final, a Benchmark 84 over 1400m.

Regardless of the result on Saturday, Nugent will deservedly walk away with a $4,000 retail voucher and the Rising Stars trophy after outstaying his rivals in the 23-race series, which began at Sale last August.

His fellow apprentice Thomas Stockdale (48 points) is guaranteed to claim second place – and with it a retail voucher for $2,000 – with his two nearest rivals Lewis German (44 points) and last year’s Rising Stars champion Campbell Rawiller (36 points) not riding in the final, and so unable to bridge the gap. 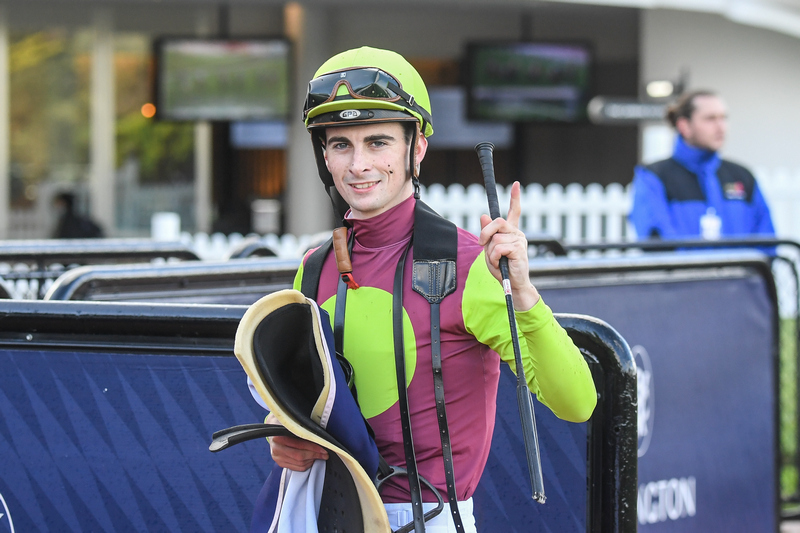 Nugent has finished runner-up in the series for the past two seasons, with both Ethan Brown (2018-19) and Rawiller (2019-20) just pipping him to the title. Having come so close, the 23-year-old was doubly determined to put the Rising Stars trophy on his mantelpiece alongside his first Group 1, which he won in this year’s Oakleigh Plate (1100m) when his mount, Portland Sky, dead-heated with Celebrity Queen.

“The Rising Stars Series was definitely one of my main goals at the start of the season,” said Nugent.

“This is my last season as an apprentice, and after coming so close over the last two years I really wanted to win it and go out with a bang. I haven’t had a [country] claim this season so it was probably more difficult for me to win it this year than the previous two, so I’m pretty proud that I’ve finally been able to knock it off.

“I reckon I’ve missed almost half of the Rising Stars heats either through injury or suspension, so I’ve really had to make the most of my opportunities and I think I’ve either won or finished in the places in nearly every race I’ve ridden in.

“Obviously getting my first Group 1 was the main highlight of the season, but winning the Rising Stars is definitely another feather in my cap – especially as it gives me bragging rights for a few weeks. We’re a pretty competitive bunch in the room, so it’s always great to get one over your fellow apprentices and I’m sure I’ll be reminding them of it after the final on Saturday!”

RV EGM Racing, Greg Carpenter, said: “On behalf of RV, I would like to congratulate Teo for claiming the 2020-21 RMBL Investments Rising Stars Series following a fantastic season in the saddle.

“I would also like to thank RMBL Investments and Chairman Colin Madden for their sponsorship of the Rising Stars Series. Colin is a well-known figure in the racing industry and to have his continued support is a welcomed endorsement of the apprentice program in Victoria.”

Stockdale, whose three victories in the series came at Sale, Bendigo and Ballarat, takes the ride in the final on John Price’s mare Chassis, who returned to form with a win at Sandown last month.

Thanks mainly to his earlier victories at Stony Creek (February) and Moe (May), German has accrued 44 points and with neither Rawiller nor Madison Lloyd (currently fifth on 30 points) able to catch him, he is assured a $1,000 retail voucher for finishing third.

Points are awarded in each leg of the series for the top five placings, with 12 points for first, six for second, four for third, two for fourth and one point for fifth place.