Stablemates to fight it out in Silver Bowl

Trainer Phillip Stokes is confident his stable representatives in the Silver Bowl Series Final will handle the trip at Flemington. Blazerro and Arran Bay are set to run for the respected horseman in the 1600m event for three-year-olds on Saturday. 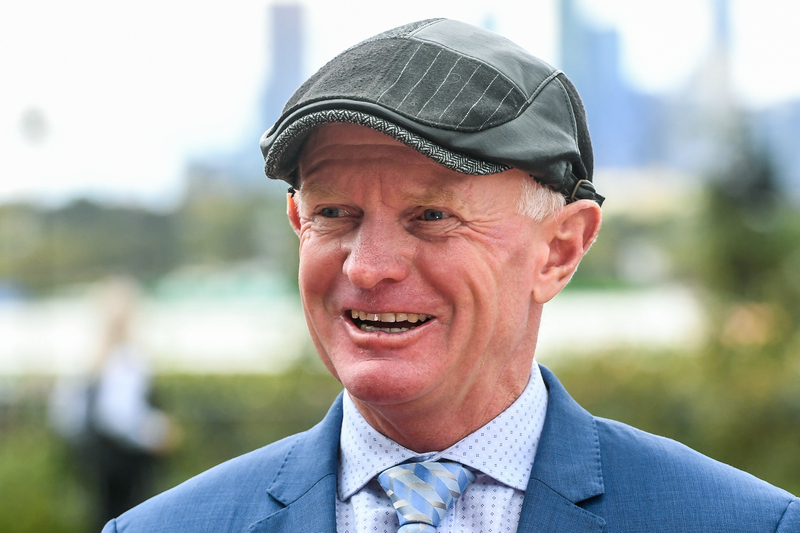 Arran Bay is stepping up to 1600m for the first time on Saturday while Blazerro did finish second in the Group 2 Sandown Guineas over the mile journey, and again at Sandown at his most recent outing.

Also, in Blazerro’s corner is his liking for affected ground.

“He ran well the other day, he likes the wet track and he’s an on-pace horse,” Stokes said. “He’s got the ability and his work has been strong. He’s there to run well, but at the trip, he might need everything to go right.

“But he did run second in the Sandown Guineas. However, it was the ride that got him there that day.”

Arran Bay has been racing consistently but is finding it hard to win. He finished second to Jimmy The Bear over 1400m at Flemington on June 4 then had a wide run when fourth to Cardinal Gem over 1400m at Caulfield last Saturday.

Both Jimmy The Bear and Arran Bay are opponents on Saturday and despite his fourth-place finish last week, Stokes thought Arran Bay ran well.

“We wanted to get cover because we had in the back of our mind that we were going to the 1600 (metres), but that didn’t eventuate,” Stokes said. “I thought the horse did a very good job to get as close as he did after nearly running off the track at his first time at Caulfield.

“He’s on the back-up which I don’t think will worry him, but he does a few things wrong, the penny hasn’t dropped with him yet. If he can get the right run and be smooth, he can be competitive.”