Stablemates out for redemption at Caulfield

The Ciaron Maher & David Eustace stable is hoping for a change of fortune in the Blue Sapphire Stakes at Caulfield. Who can forget the fabulous three-horse race that unfolded on the middle-day of the Caulfield Cup Carnival last year, that is unless you backed the $1.35 favourite Anders who finished third behind Ranting and Hanseatic. 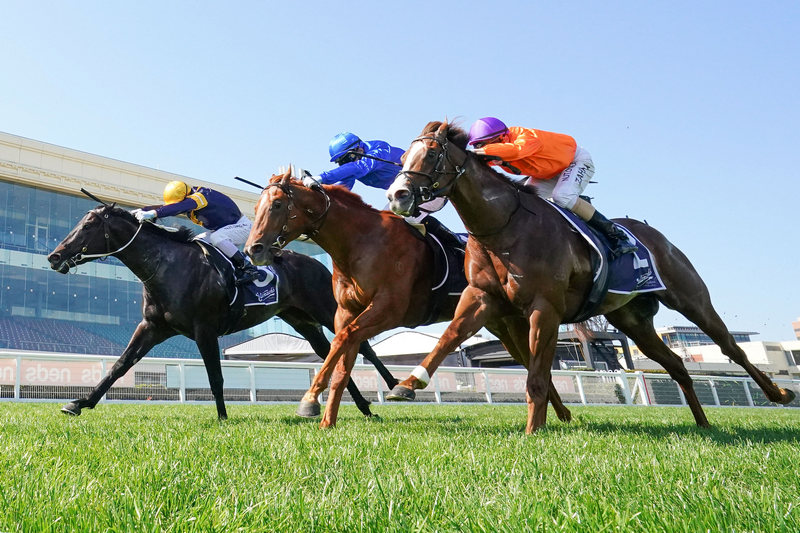 Anders was prepared by Maher and Eustace who this year have dual representation in the Group 3 race over 1200m for three-year-olds in the shape of Port Louis and Growl.

Port Louis has an abundance of ability but has yet to find the winner's stall in six outings. Placed at his first two starts in Sydney, Port Louis was the medium of a heavy betting plunge when fifth in the Group 1 Champagne Stakes (1600m) at Randwick in April. The son of Maurice then travelled north for two runs during the Brisbane Winter Carnival, finishing third in the Group 2 Sires' Produce Stakes (1400m) at Eagle Farm, his best result.

Port Louis made his return at The Valley last month with a solid second to Minsk Moment over 1200m. Eustace said he would be kept to sprint distances this campaign.

While Port Louis is yet to past the post first, stablemate Growl is entering the Blue Sapphire Stakes having won a Ballarat maiden over 1100m at his last start on September 19. That was the son of Written Tycoon's third start.

Eustace said the Group 1 Coolmore Stud Stakes (1200m) at Flemington on October 30, a race Merchant Navy won for the stable in 2017 when trained by Aaron Purcell, would likely be the pair's next start.

"They're both in pretty good form and good order," Eustace said. "And there's probably not a lot between those two.

"We're looking at it as quite nice timing into the Coolmore and Blue Sapphire winners have a pretty good record, like Flying Artie. It will be a pretty good test for them to see if they can then take their place."