Jockey Joao Moreira has entered his final week as a full-time rider in Hong Kong with his eyes set on a fourth jockeys’ premiership and he hopes that Solomon’s Bay can assist with that goal when he contests the Class 2 Sun Jewellery Handicap (1200m) at Happy Valley’s last meeting of the season on Wednesday night.

Moreira heads to the city track on Wednesday night three wins behind rival Zac Purton with 19 races remaining. The Brazilian does have the weight of numbers on his side at the midweek fixture – scratchings on Tuesday morning (10 July) mean that he now has a full book of eight rides, while Fortune Booth’s scratching from the Sun Jewellery Handicap leaves Purton with six mounts.

For Moreira, who rode the John Size-trained Sun Jewellery to five of his seven wins during his Hong Kong career, the Frankie Lor-trained Solomon’s Bay – a chestnut like Sun Jewellery – has what it takes to win the highest-rated race on Wednesday’s card. The English import, a Listed winner at Epsom during the Investec Derby Festival last year, has raced twice in Hong Kong for a third on the Sha Tin dirt and a fourth at his Happy Valley debut last time out. 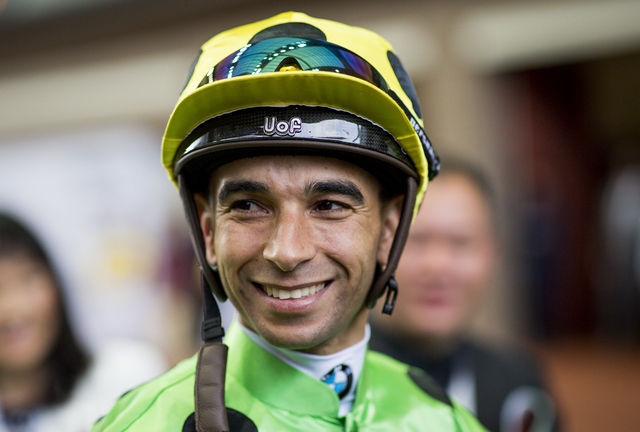 The jockey had his first feel of Solomon’s Bay last Tuesday (3 July) in a 1050m barrier trial on the Sha Tin all-weather track, with the bald-faced Exceed And Excel four-year-old striding clear of his rivals in comfortable fashion.

“When I rode him in his most recent trial, he felt like a very nice horse,” Moreira said at Sha Tin on Tuesday. “I feel that he is a horse that is nowhere near his very best yet, he has such scope for improvement next season as he gets used to Hong Kong.

“However, he’s already been able to run nicely twice and he’s been able to trial as well as he did. It’s a very competitive race and there’s a lot of decent horses stepping out, but he’s definitely one of those with a winning chance. I’m grateful for the chance to ride him.”

Moreira departs for Japan after Sunday’s final meeting at Sha Tin. He was in a reflective mood on Tuesday as well-wishers stopped to offer him support, including one racing fan who presented the Magic Man with a collage of some of his finest moments.

“It has been an amazing time here in Hong Kong,” Moreira said. “Fortunately, I have had a lot of great opportunities while I have been here so I must thank everyone for their support. My wins on horses like Able Friend and Rapper Dragon, I will never forget – those two horses are always in my heart.

“When I came here, I never expected to do as well as I have done. I was hoping to ride some winners and maybe ride some good horses, but things have gone far better than I ever could have expected. All good things must come to an end, but the Club has been very good to me in giving me an opportunity to come here. I know that I will be back here for the big days and so I promise everyone that I will be back soon.”

Also among Moreira’s rides at Happy Valley on Wednesday night are the Tony Millard-trained Sichuan Boss in the Class 4 Maverick Star Handicap (1650m) and Har Har Heart for John Size in the Class 3 Sweet Orange Handicap (1800m), while he gained the mount on Almond Lee’s Moneymore in the nightcap, the Class 3 Silver Grecian Handicap (1200m), on Tuesday morning. 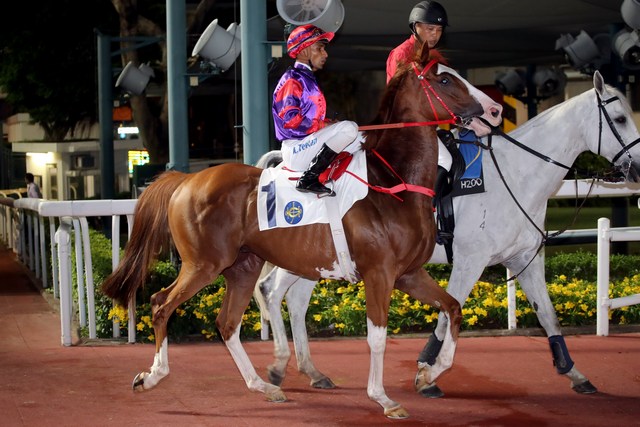