Soldier and Bride to clash in Cup bid

Stable bragging rights will be up for grabs when barn mates Kiss The Bride (NZ) and Soldier Of Love renew their rivalry in the Listed ATC Cup at Rosehill on Saturday.

The pair went head-to-head over the 2000 metre course in the Rosehill Gold Cup two starts ago, finishing third and fourth, with Kiss The Bride (NZ) beating home his stablemate. Kiss The Bride (NZ) subsequently stepped up in trip and disappointed when unplaced behind Torrens in The Beauford (2300m) at Newcastle, while Soldier Of Love failed to figure in The Gong (1600m) last weekend.

But a return to Rosehill and a small seven-horse field has fuelled trainer Bjorn Baker’s confidence that both horses can bounce back to their best.

“Soldier Of Love ran OK in The Gong but he ran very well in the Rosehill Gold Cup beforehand, so we are hoping he gets back to that sort of form,” Baker said. “He seems to have come through the weekend really well.

“Kiss The Bride just never seemed to fire at Newcastle after a really good run in the Rosehill Gold Cup where he ran third.

“They’re both well, they both deserve a chance in a stakes race and you’ve got to be in to win.” 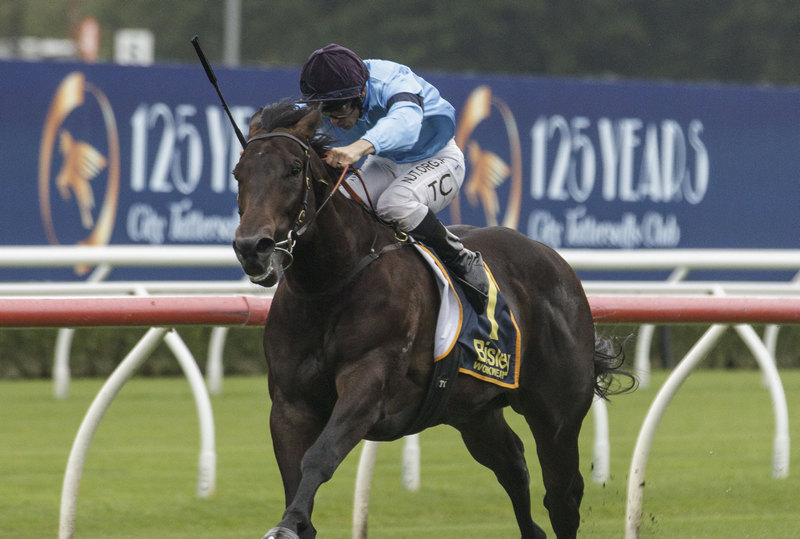 Edison resumes in the Starlight Stakes on Saturday, picture sportpix.com.au

While Kiss The Bride (NZ) and Soldier Of Love are deep into their preparations, stablemate Edison will launch his in the Listed Starlight Stakes (1100m). The five-year-old failed to come up in the autumn and has not raced since tailing out in the Magic Millions Cup at the Gold Coast in January.

Prior to that Edison had been in strong form, scoring back-to-back Sydney metropolitan wins and while he is expected to find a few of his rivals too sharp, Baker is hoping he can put himself in the frame for another Magic Millions bid.

“We just weren’t happy with him in the autumn, but he was very good this time last year. He put a couple together and hopefully he can get back to that form,” Baker said. “He is a Magic Millions horse, so that could be the ultimate aim.

“He has got a bad gate [on Saturday], so we will just let him find his feet over the 1100, which is short of his best. But if he hits the line we will be very happy with him going forward.”