A prodigious young talent in the saddle before weight put a premature end to his riding career, Ryan broke all sorts of records in country Victoria before proving to be equally prolific on the major metropolitan tracks of Melbourne.

Since taking up his trainer's license, Ryan has been making steady inroads in the Victorian training ranks with a splattering of winners trained out of his Caulfield stable.

Today's Listed Winter Championship saw him produce Sircconi for a resounding four-length victory in a highly competitive black-type feature for what could easily be termed as a watershed success for the young horseman.

Backed-up from a very creditable second placing over 2000 metres at Caulfield just last weekend, Sircconi was always in contention during the running of the 16-horse affair thanks to a very well executed ride by Daniel Stackhouse.

Found in third position and clear running entering the lengthy Flemington home straight, the duo eased to the lead with 400 metres to race and quickly established a winning break which, if anything, was only extended over the final stages of the contest. 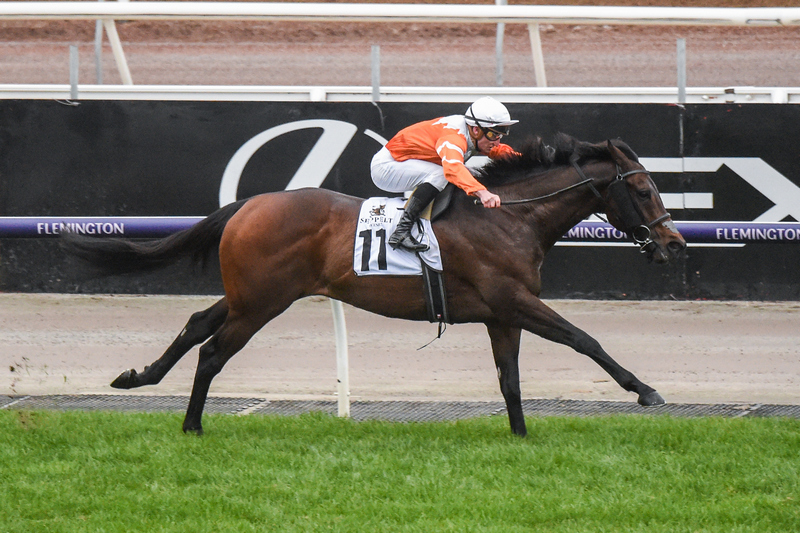 Sircooni and Daniel Stackhouse were well clear of the opposition, picture Racing Photos

After the win, Ryan explained that he'd been planning to back his charge up for some while and that the victory was proof positive of his view that Sircconi would benefit greatly from the strategy.

“We’ve been dying to back this horse up but things haven’t gone right here and there,” said Ryan.

“But we got him here in terrific order and I'd just like to thank my staff who have done a terrific job… The back-up worked. A dominant win.”

Someone who'd appreciate the winning ride more than most, Ryan also expressed his appreciation for the part Daniel Stackhouse played in the victory.

“It was a lovely ride. He handed up and had the run of the race just behind them. On the back-up, hard fit, [it was a] terrific effort.

“I thought he was a top-three hope. I was very confident that I brought him here in really good order. For him to come out and do that, it’s great to see. There’s some lovely owners in this horse.”

Sircconi sports the colours of former trainer Peter Morgan. Ryan was also keen to send his thanks to a much respected individual who once put the racing career of I Am Invincible back on track when the outstanding stallion appeared likely to miss out on an opportunity at stud.

“Peter Morgan sent him to me and I’m very thankful of that,” said Ryan.

“He’s flying, so there’s another mile handicap here in a couple of weeks. But I’ll let him tell me tomorrow morning. I’m tipping that he’ll go home and eat up. [Let's] See what happens.”

Ryan closed: “That is my first stakes winner. To win like that, that was massive.”

The Winter Championship winning ride of Daniel Stackhouse was another feather in the cap of a jockey who is gradually gaining in stature in the Victorian ranks. He confessed to going into the contest with a fair amount of confidence.

“I knew I was on the fittest horse,” claimed Stackhouse. “We had to do a bit of work from that gate, and they put the speed on in the middle stages. I was able to give him a breather and click him up from the 500.

“Nick has done a great job backing him up from the 2000 metres back to the mile. I knew I was on the fittest horse and I got on my bike to get going. Then the race was over.”

Sircconi scored by a handsome four lengths winning margin. Polly Grey and Victoria Star were separated by a Head.

In a wide-open renewal of the Winter Championship final, Sircconi went to post at $11.00, the runner-up Polly Grey at $35.00, and the minor placegetter Victoria Star at $8.00.