Blake Shinn hopes the timing is right with Charming Steed when the Caspar Fownes-trainee lines up in tonight’s Class 4 Green Island Handicap (1200m) at Happy Valley.

“He’s done everything right in all three runs. He’s knocking door for a win, so let’s hope he can get it on Wednesday night,” Shinn said. 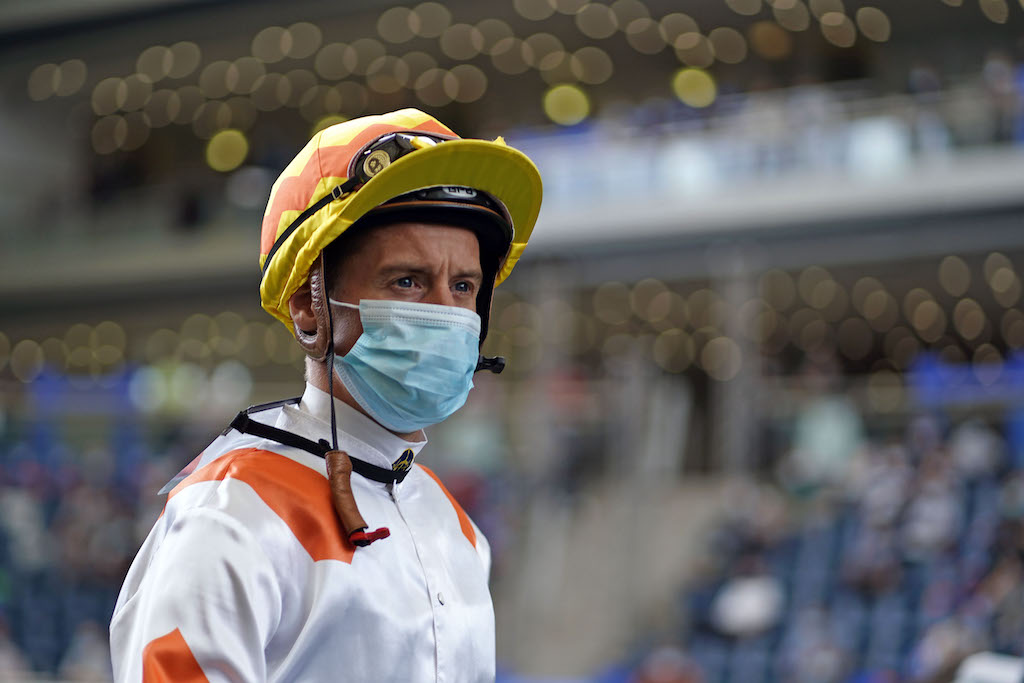 Twice runner-up from three runs in Hong Kong, Charming Steed has adapted to life in the Far East swiftly and Shinn gets the leg-up on the Charm Spirit gelding for the second time this evening. The pair step away from gate five together.

“He was beaten by a horse who had an advantage in that class of race, but I thought my horse ran really well. He’s got tactical speed, he puts himself in a good position and he quickened up … He got held up a touch around the bend but it wouldn’t have changed the result — we might have finished a length closer, but he gets another really good opportunity to win,” Shinn explained.

“It looks like a winnable race. I think the horse with the right run will win the race and I think my horse should present well to put himself in the right position,” the Melbourne Cup-winning rider said.

Hindered by a number of suspensions of late, Shinn is eager to return to the fray tonight with seven rides including Solar Wai Wai, Hall Of Champ and Loving A Boom.

“It’s been a bit of a frustrating time with myself riding and getting suspended, but I have had to use the time wisely and get myself prepared to come back bigger and better.

“I feel in a great spot mentally and physically, especially with some big rides coming up. I can’t wait to get back in the saddle,” Shinn said.

“We have Sky Field — he’s going great. Fantastic Treasure is heading to the Classic Mile, and Russian Emperor — so there’s plenty of ammunition there and plenty to keep me enthusiastic about coming back,” Shinn said.