Pointing to a more conventional preparation, Shinn believes Sky Field can prove victory in the incident-marred LONGINES Hong Kong Sprint (1200m) at Sha Tin on 12 December was anything but an aberration.

“Obviously the race was marred by an unfortunate incident, so that has taken the gloss of Sky Field’s performance to a degree but I still thought the horse ran an incredible race to take out the victory,” the Australian said.

“Leading into that race, I feel his preparation wasn’t ideal because we experimented with blinkers in the trial when he over-raced. So, there were things leading into the LONGINES Hong Kong Sprint that weren’t ideal and he still managed to win the race.

“Leading into this race, his prep has been better. He’s had a nice break at Conghua after his last race and I’ve galloped the horse and trialled him since and I think he’s going better into this run than the international sprint – whether that means he’s going to win, I hope so.

“I just think the preparation is better and the horse is in fantastic order.” 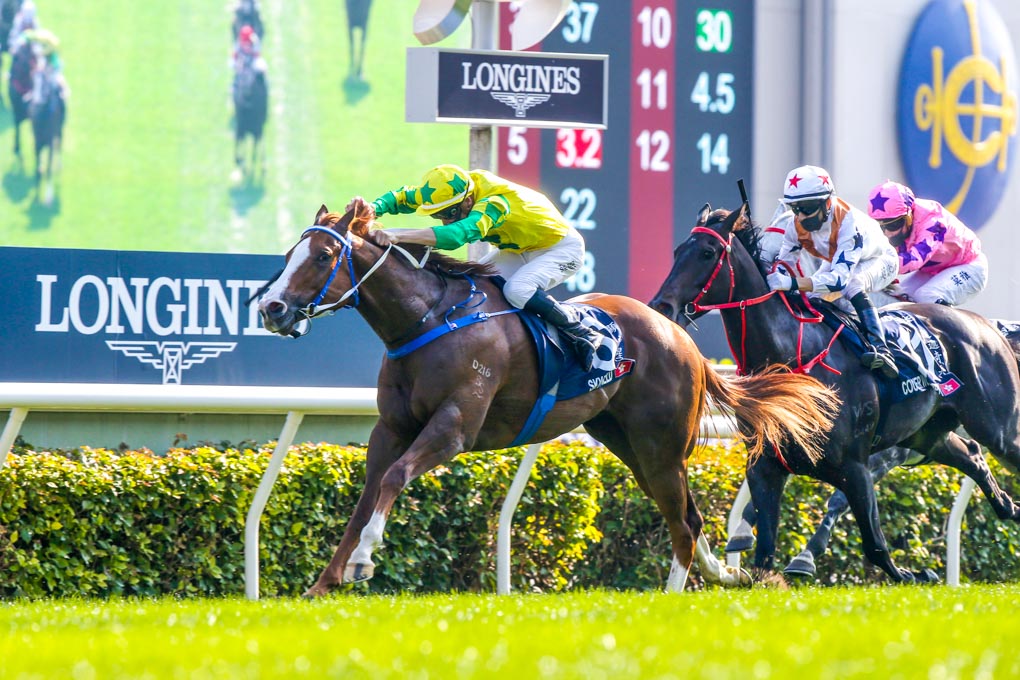 Vincent Ho will partner Stronger for Douglas Whyte, who believes his consistent speedster has recovered well from the LONGINES Hong Kong Sprint.

“He’s great now. He did a good job in staying on his feet last time and I opted to send him to Conghua for three weeks and he’s come back in great form,” Whyte said.

“He has come back and trialled well. He always wants to give 110 percent; he’s freshened up and I sat on him on Tuesday morning and he feels good.

“He’s probably a length or two behind the proper Group 1 horses but if anything falls short with the others, he’s there to pick up the pieces – he’s as honest as the day is long and he’s fit and healthy.”

Whyte and Shinn will collaborate with Russian Emperor in the HK$12 million G1 Stewards’ Cup (1600m), with both trainer and jockey conceding the classy stayer is running for second prizemoney as Golden Sixty bids to emulate Silent Witness’ record of 17 consecutive wins.

“The tactics will be to ride a race to run a place. If Golden Sixty rocks up with a chink in his armour, he is going to be vulnerable – but there are no chinks in Golden Sixty’s armour at the moment,” Whyte said.

“It’s too short for my horse but, however, it’s too long between runs and he’s doing too well at home so we have taken the decision to run him over the mile and hopefully earn some prizemoney and then head onto the Citi Hong Kong Gold Cup (G1, 2000m) a month (20 February) after that.”

Third last start behind Loves Only You and Hishi Iguazu in the G1 LONGINES Hong Kong Cup (2000m) at Sha Tin on 12 December, Russian Emperor was beaten only a length by the Japanese visitors.

“He probably put up a personal-best in the Group 1 last start and just got beaten by two top-class international raiders. If he can reproduce that performance – and I know we’re probably running for second prizemoney – but the horse is capable of figuring in the finish and it’s a great stepping stone to the Gold Cup,” Shinn said.