Sherry at the double at Kensington-Randwick

Seen to great effect when booting home Icebath (NZ) to a four-lengths win in the final event on Randwick’s card last Saturday, Sherry backed-up the success four days later with another accomplished performance aboard the Mark Newnham-trained 3-year-old.

Set the task of carrying 58.5kgs in the Benchmark 68 Handicap after Newnham made full use of Sherry’s 3kg claim, Lord Olympus took his record to four wins from five starts with a workmanlike performance which saw him score by just under a length.

Significantly, the progressive son of Olympic Glory (Ire) only had his first race start in late-August but has now saluted at Newcastle, Kembla Grange, Canterbury and Kensington-Randwick. 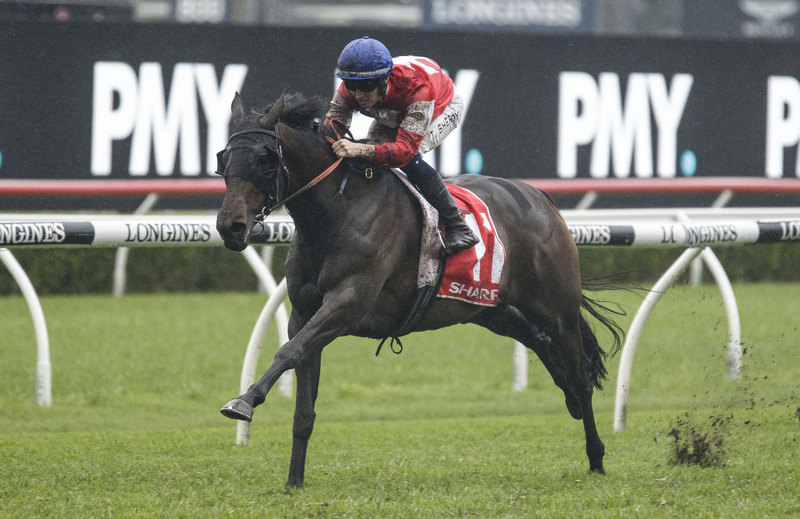 In between his successive Randwick-Kensington victories, Sherry also rode a winner on the Newcastle program postponed from Monday to Tuesday.

In addition, Sherry rode a double on the Warwick Farm midweek program staged on October 14, and saluted aboard Blazing Miss at Randwick’s Saturday metropolitan meeting of October 10.

A rising star in the NSW riding ranks, Sherry already has a good foothold on the Metropolitan and Provincial apprentice premierships and looks certain to gain further opportunities while so many senior Sydney-based riders are fulfilling commitments during the remainder of the Melbourne Spring Carnival.

Lord Olympus scored by three-quarters of a length from Selburose (by I Am Invincible), who in turn finished three and three-quarter lengths in advance of Mrs Maisel (by Hinchinbrook) in third.