A brisk wind kept the mind alert at Sha Tin on Friday as runners went through last minute pieces of work including the Kris Lee’s trained In Her Time (AUS) under Cameron Swan as the mare prepares for the Group 1 LONGINES Hong Kong Sprint (1200m) on Sunday.

Swan took In Her Time for a lap of the Turf Course quickening over the final 400m. The seven-year-old did her work comfortably and she looks ready for her barrier four departure at 2.20pm HKT, 5.20pm AEST.

Mention of In Her Time’s barrier four is a good place to start with thoughts on the international races, although the Sprint is the second of the big four.

Discussion on the Sprint is dominated by the John Moore trained Aethero (AUS). The three-year-old Sebring gelding has started just six times and he has won five and placed third in the other. Both Zac Purton, who rides on Sunday, and Karis Teetan who rode in the last start stroll of the Group 2 Jockey Club Sprint over 1200m on November 11th, have declared without hesitation that Aethero is a pending super star.

In theory he only has to lead from barrier nine under Purton and the race is his. But there is a twist, the gelding does not like others around him. This is Group 1 racing and no one will give him an easy passage which brings us back to In Her Time.

Should Brention Avdulla send the mare to the lead from the inside barrier it should not be forgotten that she can clip a 600m sectional in 32.83, the Group 1 Lightning Stakes at Flemington in February,and 33.08 when third to Nature Strip’s world class performance in the Group 1 VRC Sprint Classic in November.

Aethero has 5lb on In Her Time and 9lb on the rest, a significant advantage, but there is unrelenting pressure in Group 1 racing and we might take the longer odds of the mare. 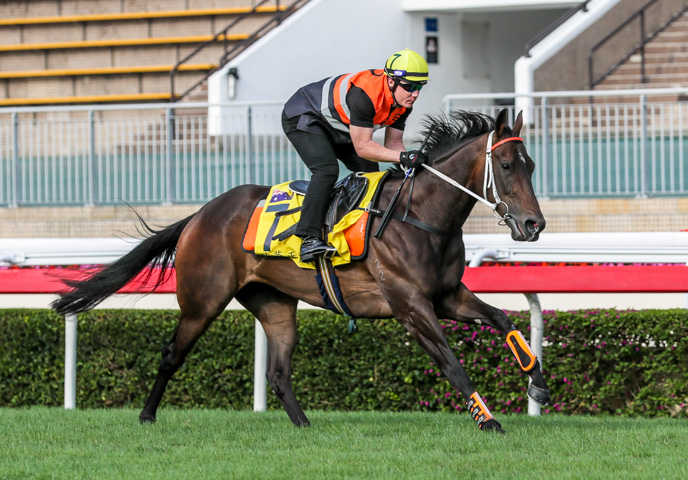 In Her Time (AUS) and Cameron Swan, picture Liesl King

Before the Sprint is the Group 1 LONGINES Hong Kong Vase (2400m) and the mighty Tony Cruz trained Exultant (IRE) defending his 2018 win with Zac Purton.

Once again there is a mare for consideration. The Mikio Matsunaga trained four-year-old Orfevre mare Lucky Lilac (JPN) comes off a win in the Grade 1 Queen Elizabeth II Cup over 2200m at Kyoto on November 10th.

Last season Lucky Lilac had Almond Eye (JPN) to contend with and not surprisingly there was a second and third to Japan’s Horse of the Year, both at Grade 1 level. Then there was another second at Grade 1 to Win Bright (JPN) in the Nakayama Kinen over 1800m in February. So performance at the top level is established and Christophe Soumillon rides on Sunday to add to the package.

Note - HKJC stewards' advised late Friday that Lucky Lilac has been found to be lame and will undergo a vet inspection on Saturday morning.

Next is the Group 1 LONGINES Hong Kong Mile (1600m) and with Zac Purton declaring the warning lights on for Beauty Generation once again the Japanese are in the selection panel.

Hidetaka Otonashi’s athletic Indy Champ (JPN) with Damien Lane and Kiyoshi Hagiwara’s Normcore (JPN) and Christophe Lemaire have impressed all week and both come off Grade 1 wins in slick times. These two stop the clock at 32.90 and 33.20 at Grade 1 level.

Normcore has been full of herself at week and when finally let off the leash the grey galloped with relish on Wednesday. Indy Champ is not a big horse, but he is well balanced and athletic.

Magic Wand has tracked along during the week behind stablemate’s Mount Everest (IRE) and English Derby winner Anthony Van Dyke looking relaxed and not fussed about her travels. Her Melbourne Cup 10th was a non-event with the pace of the race not suiting and Ryan Moore showed what the Galileo mare could really do with a smooth Group 1 Mackinnon Stakes win four days later.

The Aga Khan’s Edisa does not have the experience of Magic Wand, but she did travel to Belmont to win the Jockey Club Oaks Invitational Stakes over 2200m in September and then she was second in the Group 2 Prix de Conseil de Paris over 2200m at Longchamp on October 20th.

The Aga Khan and Royer Dupre know what it takes to win at Sha Tin and while the trainer did not declare Edsia as top class, he also said ‘I want to see something’ in a manner that he was clearly expecting the Kitten’s Joy filly to show him her ability come Sunday.

The ten race programme commences at noon HKT on Sunday, 3.00pm AEST. The entire meeting is streamed live and uninterrupted on ThoroughbredNEWS. 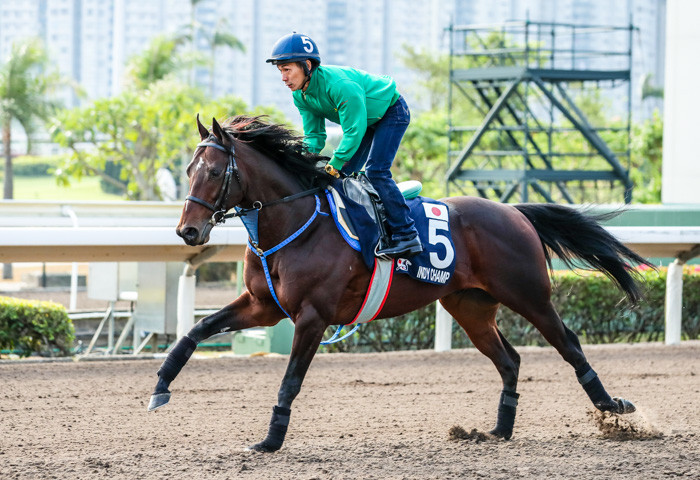