Sha Tin sparked in the early winter sunshine on Monday as the international runners for the LONGINES HKIR meeting on Sunday had light work with most either acclimatising to their new surroundings or becoming acquainted once again.

The Charlie Fellowes trained Prince Of Arran (GB) was quite at home on the Turf with the six-year-old Shirocco gelding a veteran and remarkably successful traveller who must now think his home stables are just a respite before earning frequent flyer points again.

Prince Of Arran did not quite nail the Group 1 Melbourne Cup over 3200m at Flemington on November 5th, but he did the next best thing being promoted to second courtesy of  Frankie Dettori misdemeanour earning connections $1,1m instead of $550,000 for third. Thumbs up for Frankie.

He runs in the Longines Hong Kong Vase (2400m) and he was eighth last year, after a third in the Melbourne Cup,  so by rights he should be ahead of that this year with his better Flemington finish position. 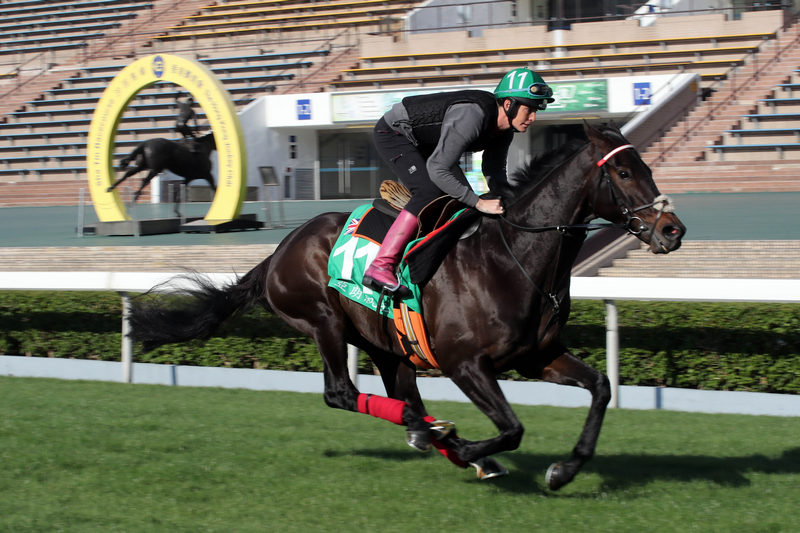 Others in the Vase to come out included the Willie Mullins trained True Self (IRE) with the six-year-old Oscar mare blinking in the sunlight before setting off around the All Weather track. She missed the Melbourne Cup and cleaned up the Group 3 Queen Elizabeth Stakes over 2600m under Ryan Moore with ease setting Mullins off planning for returning in 12 months for the 3200m around Flemington instead.

Both will meet the 2019 English Derby winner Anthony Van Dyck (IRE) and stablemate Mount Everest (IRE) in the Vase. The two Aidan O’Brien trained Galileo colts were third and sixth respectively in the Grade I Breeders’ Cup Turf over 2400m at Santa Anita on November 2nd.

They have been reunited with another successful Flemington winner, stablemate Magic Wand (IRE), and the three, led by Mount Everest, cantered round the All Weather in single file.

The four-year-old mare did not have a run to suit in the Melbourne Cup finishing 10th, but just under 4L from the winner Vow And Declare, so like True Self she came out four days later and scooped up the Group 1 Mackinnon Stakes over 2000m under a picture perfect ride by Moore.

The Japanese mare Normcore (JPN) has been to Sha Tin before when fifth to Lys Gracieux (JPN), the 2019 Group 1 Cox Plate winner, in the Group 1 Queen Elizabeth II Cup over 2000m in April. Back at 1600m in Japan the four-year-old Harbinger mare has clocked two impressive and quick wins in succession.

On Monday the grey pranced around full of herself before being sent off on a gallop to dispense with the surplus energy. She races in the Longines Hong Kong Mile (1600m) up against a fascinating field. No longer does Beauty Generation (NZ) have dominance over the distance at Sha Tin.

Just one of a number of highly anticipated series of clashes on Sunday. 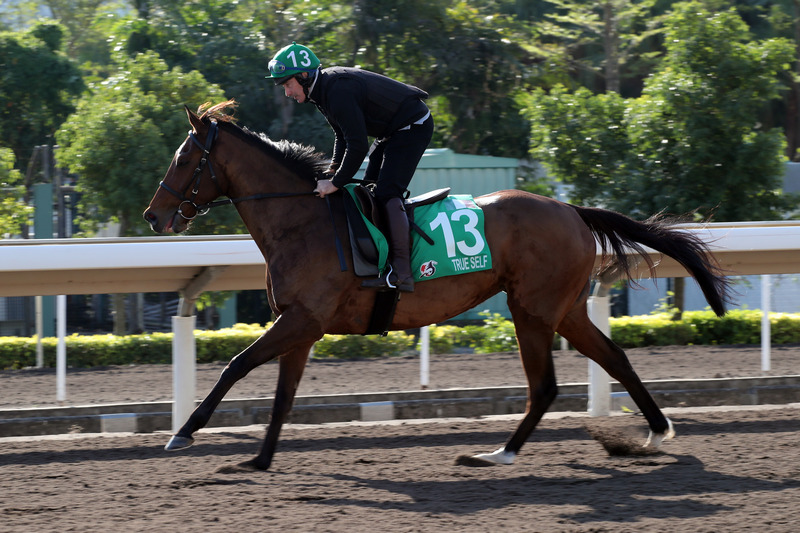 True Self (IRE) on the All Weather, picture Hong Kong Jockey Club