The initial nominations list for the fourth edition of The All-Star Mile, which returns to its inaugural home at Flemington on Saturday, 19 March, includes 22 horses with more than $1 million in the bank, 20 Group 1 winners and 17 three-year-olds.

The initial nominations – which can be supplemented by any late entries received between 12pm today and 12pm next Monday (17 January) – have contributed just under $40,000 to the Good Friday Appeal with Racing Victoria (RV) again donating every $500 nomination fee to The All-Star Mile’s official charity, which raises vital funds for the Royal Children’s Hospital Melbourne.

Chris Waller has nominated a total of 15 gallopers as Australia’s leading trainer bids to add The All-Star Mile trophy to his glittering resumé, with Star of the Seas (sixth last year) his highest finisher so far across the first three editions of Australia’s only fan-voted race.

His 2022 entries are headlined by Verry Elleegant, who claimed her 10th Group 1 win in ‘the race that stops a nation’ last November and could be set for a return to the scene of her greatest triumph for the $5 million feature of Victoria’s autumn racing carnival. With Annabel Neasham’s three-time Group 1 winner Zaaki challenging Verry Elleegant for the title of Australia’s pre-eminent middle-distance horse, two of the stars of the spring could be set for a mouth-watering clash this autumn.

Waller’s artillery also includes Espiona, who created a huge impression when winning the Listed Off the Track Desirable Stakes (1400m) on Kennedy Oaks Day at Flemington by a widening six lengths at only her second start; as well as multiple Group 1 champions Hungry Heart and Kolding, who ran in the 2020 edition of The All-Star Mile.

The Godolphin operation is also chasing its first success in The All-Star Mile, having filled the minor placings with Hartnell (second) and Alizee (third) in 2019; but 2022 could see the ‘Blue Army’ break the drought as head trainer James Cummings has nominated Group 1 stars Colette and Cascadian for the showpiece event.

Having dominated the Victorian training ranks last season, the partnership of Ciaron Maher and David Eustace are again leading the way this campaign and the pair are launching a serious assault on The All-Star Mile after nominating five gallopers from their all-conquering stable.

They include last year’s Penfolds Victoria Derby (2500m) winner Hitotsu; Lighthouse, who has won all four races since arriving from the United States; and her fellow import Armory, who finished runner-up in the 2020 Ladbrokes Cox Plate (2040m) when he was trained by Aidan O’Brien.

Interstate and Kiwi representation has been one of the main features of The All-Star Mile since its inception in 2019, with horses trained outside Victoria winning all three previous editions, and this year is no exception with some high-profile nominations received from across Australia and New Zealand.

The reigning New Zealand Horse of the Year, Jamie Richards’ mare Probabeel, is one of five Kiwi entrants and will hope to crown her final racing campaign with victory in The All-Star Mile.

Probabeel finished down the field in last year’s All-Star Mile, with persistent rain and a heavy track conspiring against her, but the four-time Group 1 winner is certain to attract plenty of votes from across the Tasman Sea and the same applies to her compatriot Elephant, whose unusual name and impressive race record of six wins from nine career starts are sure to catch the eye of New Zealand voters. 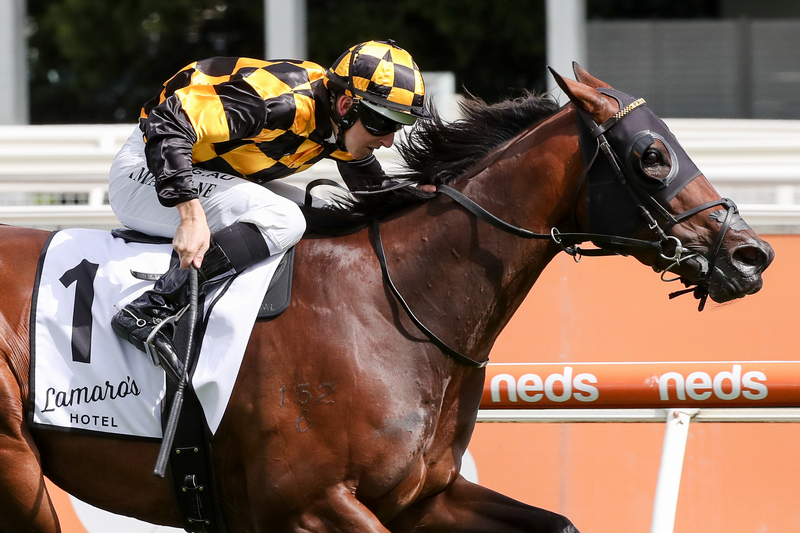 The Harrovian (Toby and Trent Edmonds), who finished a gallant fifth behind Mugatoo in the 2021 All-Star Mile, will hope to fly the flag for Queensland along with Axe, who is trained by up-and-coming Gold Coast horseman Michael Costa.

Shout The Bar received a wildcard to compete in last year’s All-Star Mile and the consistent mare has again been nominated by the first lady of Australian racing, Gai Waterhouse, and her training partner, Adrian Bott. The pair have also entered Group 1 winner Converge and his stablemates Entente, Vangelic, Silent Impact and Riodini.

Of the 33 nominations received from New South Wales stables, other notable entries include Group 1 winner Captivant, trained by the father and son team of Peter and Paul Snowden; Maximal, John O’Shea’s regally-bred British import whose brother Frankel was arguably the world’s best racehorse before he was retired with an unblemished record; and Icebath, Brad Widdup’s stable star who has earned more than $3.7 million in prizemoney.

Local trainers appear primed to end Victoria’s drought in The All-Star Mile, with 30 horses entered from stables across the state. Mick Price and Michael Kent Jnr would appear to hold a strong hand with Group 1 hero I’m Thunderstruck leading their charge; whilst Mike Moroney’s magnificent mare Tofane will be hoping to end her final campaign on a high before she is retired to the breeding barn.

In addition, Stakes winners Sierra Sue and Forgot You – who both race in the colours of leviathan owner Ozzie Kheir – are in contention to represent Trent Busuttin and Natalie Young’s in-form stable; Ben Hayes and his brother JD are pinning their hopes on Mr Brightside, a winner of six of his nine races; Danny O’Brien, who came so close to claiming last year’s race with Russian Camelot, has an interesting contender in recent arrival Callsign Mav; and emerging Warrnambool trainer Maddie Raymond has two eye-catching contenders in Turaath, a winner of four successive races including the Group 2 Let’s Elope Stakes (1400m), and her fellow British import Earlswood.

“We are delighted with the quality and variety of nominations received for The 2022 All-Star Mile, which have continued the theme we have seen since we started this journey back in 2019,” he said.

“As well as topliners such as Zaaki and Verry Elleegant, undoubtedly two of Australia’s very best horses, it is intriguing to see up-and-comers such as Espiona, Captivant, Hitotsu and Forgot You all nominated as well as some extremely talented imports like Maximal, Lighthouse and Armory.

“We are excited to welcome back some previous runners in Behemoth, The Harrovian, Lunar Fox, Streets Of Avalon, Regalo Di Gaetano and Shout The Bar, who all lined up in last year’s All-Star Mile; and it would be very fitting if either Tofane or Probabeel were able to sign off their final campaigns with victory in the world’s richest mile race.

“It will be interesting to see if any horses competing on Magic Millions Raceday this Saturday are entered as late nominations, and the excitement then really starts to ramp up when the voting period begins on Monday, 24 January.

“Finally, I would like to thank all owners and trainers who have embraced the race so far, and in the process helped raise almost $40,000 for our official charity, the Good Friday Appeal. I believe The All-Star Mile is more than just a horse race, and the charity component is certainly an important aspect of its broader appeal.”