Secret Blaze to resume at Caulfield after long lay-off

The Tony and Calvin McEvoy-trained Secret Blaze will make a long-overdue return to racing in a sprint race at Caulfield.

Once considered an Adelaide Cup prospects, Secret Blaze is set to run first-up in the Group 3 Bletchingly Stakes (1200m) on Saturday following a bowed tendon. 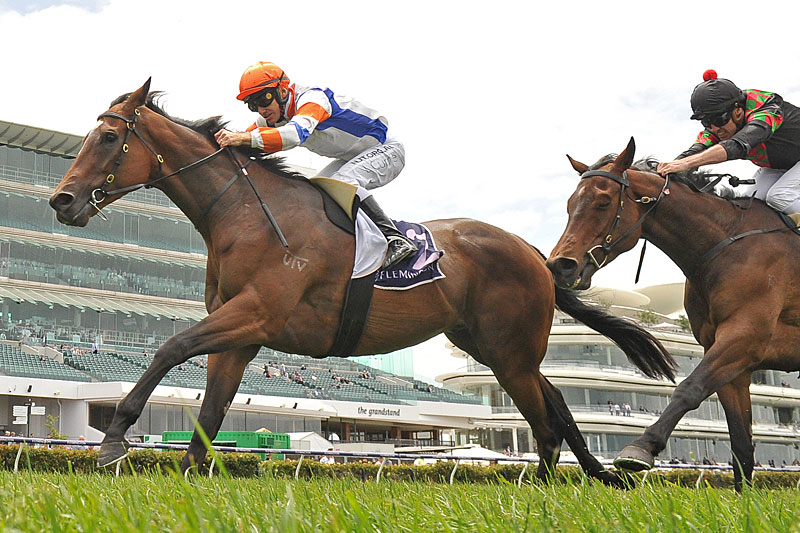 Secret Blaze is back on the comeback trail after injury, picture Racing Photos

Secret Blaze has not raced since finishing seventh in the Easter Cup (2000m) at Caulfield in April last year. Prior to that he had finished second in the Mornington Cup Prelude (2000m) at Caulfield, and earlier in the campaign had been successful over 2500m at Flemington.

Tony McEvoy said the rising six-year-old son of Sizzling was put through a full rehabilitation program in the 15 months since he last raced.

“He was showing us really good signs as a stayer last time and he’s come up really good,” McEvoy said.

“He’s had a couple of jump-outs but he’s still overweight. He’s a big, gross horse and he’ll take a couple of runs to come right, I’d say.”

McEvoy said following Saturday’s outing Secret Blaze was likely to head to the Group 3 Aurie’s Star Handicap (1200m) at Flemington on August 7. He added after that race Secret Blaze would be ready for a rise in trip, but a campaign aimed at the Caulfield and Melbourne Cups later in the spring has already been ruled out by McEvoy.

McEvoy noted the later ending to the Melbourne Spring Carnival, with the Zipping Classic meeting moved to late November, may be beneficial for Secret Blaze.

“He’s been off the scene for a long time, so a couple of sprints will tighten him up and then we’ll work out a program,” McEvoy said. “But he’s too gross for a Cups campaign.

“We might look towards the Bendigo Cup, the Ballarat Cup … something along those lines at his first campaign back from a tendon injury.”