Connections of Oaks hopeful Land Ahoy have put their faith in Alysha Collett to partner the filly in her first stakes test at Randwick.

Melbourne jockeys' premiership leader Kah and King have six G1 rides between them at Randwick on Saturday, while Collett gets a black-type opportunity aboard Land Ahoy in the $200,000, Group 3 Adrian Knox Stakes (2000m).

Collett has ridden the three-year-old at her past two starts for wins at Newcastle and Canberra and Sargent, along with owner Sir Owen Glenn, didn't hesitate to stick with her in the feature race.

"She rides a bit for Sir Owen Glenn and I've known her a bit from Singapore," Sargent said.

"She is up there with the best girl riders and I expect her to prove that over the next few years."

The sister of successful Sydney-based jockey Jason, Collett was riding in Singapore before the COVID-19 outbreak shut down racing there last year, prompting her to head to Australia.

Land Ahoy will be her only ride on the 10-race card as the filly strives to give Sargent his second win in the Adrian Knox after Luvaluva three years ago.

By noted sire of stayers Dundeel, Land Ahoy will be on trial to back up in the Australian Oaks (2400m) seven days later.

"I would expect she'd want to go close to winning the Adrian Knox if we're going to think about going to the Oaks but she is on an upward spiral," Sargent said.

Colette won the Adrian Knox Stakes last year before capturing the Oaks and Godolphin are favoured to snare back-to-back victories with Flexible, who was a $4.80 top pick with TAB fixed odds on Thursday. 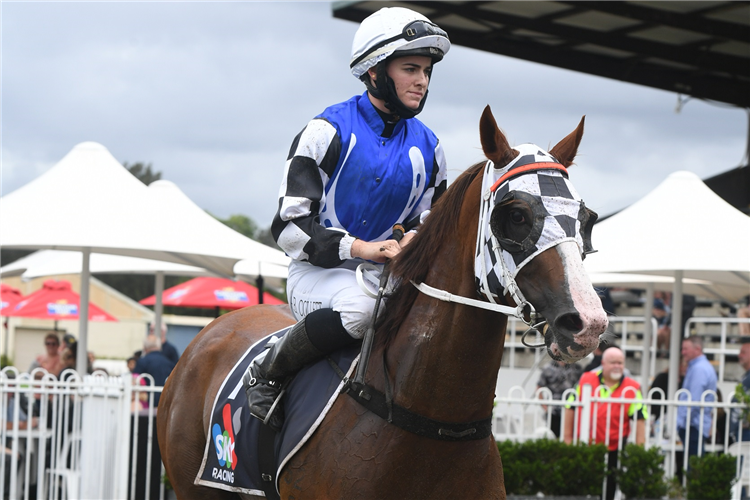