Saimee calls it quits but isn't lost to racing

When Saimee Jumaat wrapped up the 2019 season with a winner named Letitgo at the penultimate race meeting in December, little did the Singaporean trainer suspect there would be a cruel irony to the horse’s name.

Nine months later, the racing industry (and it is not alone) has been battered like never before by COVID-19, but for the former eight-time Singapore champion jockey, the pandemic only compounded the rot that had already set in since the last quarter of 2019.

Saimee is the only Kranji trainer not to have opened the scoring this season. The day Letitgo won (December 6), he followed up with a race-to-race double with Taro San, and it’s been a long drought since. 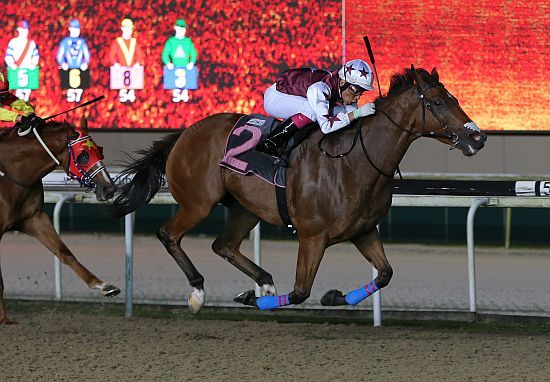 Saimee Jumaat has not saddled a winner since Letitgo (Noh Senari) rang up the first leg of a double on December 6, picture Singapore Turf Club

With most of his owners having one by one left the game (not to mention the biggest blow when his main supporter George Tay died last year in January), empty boxes soon outnumbered horses in his stables.

From his Bukit Timah kampung (village in Malay) days as the son of a syce to the legendary jockey he became with more than 1,300 wins under his belt, Saimee has earned the highest accolades, but also survived many roadblocks.

But that new training gig has thrown at him a different kind of upheaval, of the ledger kind. He held the fort for as long as he could, hoping against hope for a miracle, but the harsh financial reality has given him no other choice but to let it go in the end.

Into his fourth season at Kranji and after 71 winners, the 48-year-old has relinquished his trainer’s licence, effective from October 15. He will saddle his last runner on Singapore Guineas day on September 26, more than three years after he led in his first winner Shoqeet on August 13, 2017.

While the writing had been on the wall, and the rumour mill about him pulling the pin had been working overtime, the news still comes as a shock to most pundits given he finished top local trainer (eighth overall) with Alwin Tan on 32 winners last season.

However, push has come to shove for Singapore’s favourite racing hero, but the good news is he won’t be lost to racing. If anything, those hardcore fans who still worship the jockey side of him can hope again…

“It was a tough decision to make, but with no support in the last year, it’s become impossible to keep going,” said Saimee.

“After George passed away, I could not sell his horses and I then took over them, which is an additional financial burden as a trainer.

“My owners were also not buying new horses, I had mostly old horses. The numbers were coming down, there was no turnaround, no fresh blood, and I ended up owning most of my horses.

“I’ve tried to garner new owners, but it wasn’t easy either because racing already had many negatives, and then COVID-19 came as the last straw.

“It was somewhere in the middle of the year that I knew the operation could not sustain, and I would have to take a backseat, pull the handbrakes and live to fight another day.

“Of course, I discussed with my wife Nicole and the children as it’s our livelihood, and they were supportive of my decision.

“It was between having the same lifestyle or the same operation, but family comes first at the end of the day.

“I’ve also spoken to my owners like Mave Yeo (Champagne Stable), and explained the situation to them. Some didn’t want me to give up, but when they realised they can’t support me, they understood the situation.”

From a healthy stable of 35-40 runners at its peak, it dwindled alarmingly to around half this year, with the latest count having stripped it down to only two.

“I’ve almost cleared my stables and have only two horses left. On the Club list you see four, but Archie is deleted and Dominic is going to Malaysia, only Stardice and Buddy Buddy will run in the next two weeks,” said Saimee.

“Stardice runs next week, and Buddy Buddy will be my last runner the following week. The others have been spread around with trainers like Mark Walker, Alwin Tan, Tim Fitzsimmons, Desmond Koh and so on.

“I’m sad to leave, but at the same time, when I look back, I would say I’ve done very well in the first three years, even finishing top local trainer last year, which is to me my career highlight.

“At least I know I can train. I’m quite proud of what I’ve achieved in a short time, and if I get the opportunity to return as a trainer one day, I will definitely consider it.”

So, what is life for Saimee after September 26? He said he had a few irons in the fire – all in racing - but a little clue to his preferred path was the second barrier trial on Tuesday – he rode Stardice himself.

“I’ll still be in racing. I’ve been offered a few jobs with some stables, but I’ll first join Mark Walker as a senior track rider next month,” said Saimee who still cuts a trim jockey-like figure despite having hung up his boots in 2012.

“As you know, I’ve been riding trackwork all the while as some of my young boys can’t handle some of the more difficult horses.

“Not in barrier trials, but I did ride Stardice (fifth) in one on Tuesday. It’s been a while since I rode in a trial.

“Riding is something I just want to do because that’s what I love to do.”

And could that mean Singapore’s most popular punters’ pal may come full circle? His riding career was basically cut short by a 15-month ban for a handling charge incurred on the horse Profound in 2012.

“I’ve put in an application for a jockeys’ licence before the deadline of September 1,” he said.

“That would be my first choice, but it will of course be subject to the Club’s approval. Today if I still walk around 53kgs, it’s because I’ve maintained the same lifestyle and diet of a jockey even after I stopped.

“Besides, it keeps me fit and healthy, and I also play football. I just couldn’t let myself go.”

Unfortunately, Saimee had to, against his will, let go of a training career that had just started to take flight. He is not burning his bridges, but he is also riding on a dream he once had as a kampung boy.