Flemington trainer Nick Ryan has grander plans in store for his two Caulfield winners with plans of tackling Group 1 races in Brisbane during the upcoming Winter Carnival.

Prior to Easter, Ryan made the move from Caulfield to Flemington and Saturday's double with Mahamedeis and Dice Roll were his first winners from his new training base.

Mahamedeis, a stable stalwart, took his prize money past the $1 million mark with his win in the VOBIS Gold Heath (2000m) while Dice Roll, a French-bred former Hong Kong galloper was having his first Australian start when he took out the Neds Toolbox Handicap (1400m).

A four-time winner in France, including running third in the 2018 French 2000 Guineas, Dice Roll then headed to Hong Kong where he failed to feature in 11 starts.

The gelding was having his first start since in mid-2019 when he lined up on Saturday in a benchmark 78 grade race, but already Ryan has Group 1 aspirations and is thinking of The Stradbroke (1400m) at Eagle Farm in June.

"There's a long way to go though," Ryan said.

"There is a race at Warrnambool for him, an open 1400m race. He likes the wet, so then it's likely to be that.

"If he can win that, there's a Group 3 race (in Brisbane) two weeks before the Stradbroke over 1400 metres.

"Wishful thinking, but you never know."

Ryan said the Group 1 Doomben Cup (2000m) on May 22 and the Group 2 Brisbane Cup (3200m) the following month could be target races for Mahamedeis.

"And we could have Sircconi go up for the Stradbroke, too." 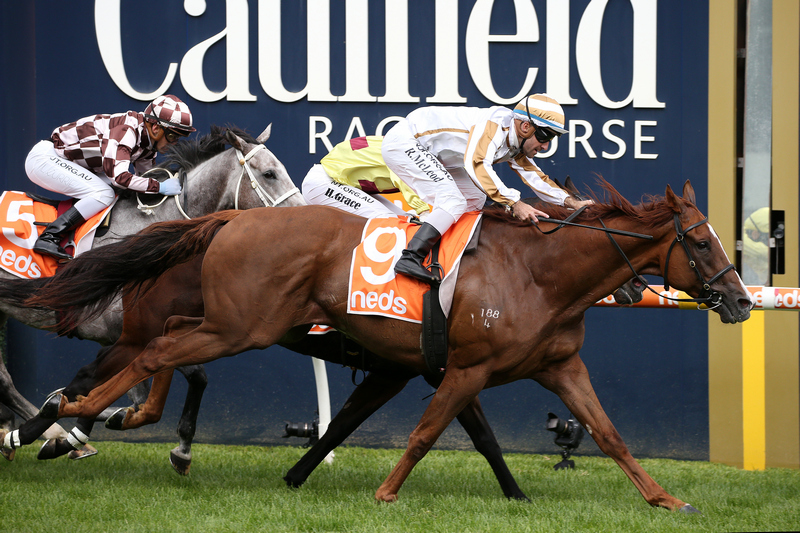