RV advises of date and venue changes for upcoming meetings

At the request of the Bendigo Jockey Club (BJC), the meeting originally programmed at Bendigo on Monday, 9 March has been transferred to Ballarat. The BJC will be hosting an event at the racecourse across the long weekend which will impact on their ability to conduct the programmed meeting.

The Yarra Valley meeting on Tuesday, 17 March has also been transferred to Cranbourne as a result of works being completed at Yarra Valley to assist track drainage.

As previously announced with the release of the 2020 Victorian Jumps Program, RV wishes to remind participants that the Hamilton meeting originally scheduled on Sunday, 5 April has been brought forward one week to Sunday, 29 March to avoid a clash with South Australia’s revamped Oakbank program.

Lastly, the Mildura Racing Club (MRC) has requested a swap of dates in June with the Wangaratta Turf Club (WTC) due to the MRC’s wishes to host a three-day community event on the final weekend of the month.

As a result of the transfers the updated programs with distance changes for Ballarat and Cranbourne are as follows: 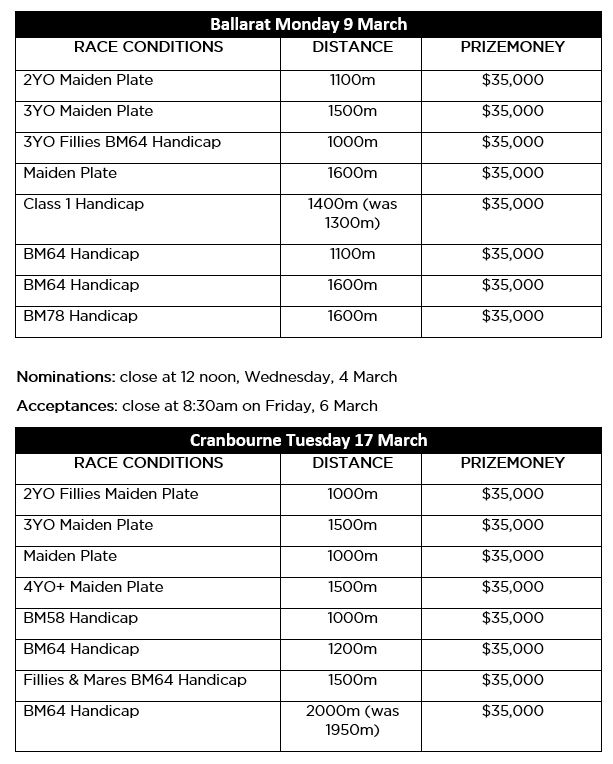