Royal Ascot has produced a notable impact on the Cartier Racing Awards with new points leaders in five categories, including State Of Rest heading the Cartier Horse Of The Year standings.

Four-year-old State Of Rest holds a narrow advantage in both the Cartier Horse Of The Year and the Cartier Older Horse divisions with 88 points following a determined all-the-way success in Wednesday’s Prince Of Wales’s Stakes.

The globe-trotting star was securing a fourth top-level success in as many countries for Joseph O’Brien, having won the Prix Ganay in Paris at the start of May in addition to wins last season in the Saratoga Derby in the United States and Australia’s Cox Plate.

Baaeed (80) laid down strong claims of his own for the Cartier Horse Of The Year and the Cartier Older Horse with a straightforward victory over Real World (52) in the opening contest of the meeting, the Queen Anne Stakes, on Tuesday. It was a fourth consecutive G1 win over a mile for the William Haggas-trained colt, who has yet to taste defeat in eight career starts.

Having confirmed his superiority as the world’s top turf miler, Baaeed looks set to step up in distance later in the season, with the Juddmonte International at York an intriguing possibility for the Shadwell homebred.

Baaeed may remain over a mile in the interim for the Qatar Sussex Stakes, which could set up a tantalising clash with current Cartier Three-Year-Old Colt leader Coroebus (80). The Godolphin colt followed up victory in the QIPCO 2000 Guineas with a gritty display in Tuesday’s St James’s Palace Stakes, when he prevailed by a head in a blanket finish.

There is a three-way tie at the top of the Cartier Sprinter standings, with Nature Strip, Perfect Power and Naval Crown all on 32 points following impressive displays at Royal Ascot.

Nature Strip enhanced the excellent record of Australian sprinters at the meeting with a dominant win in the King’s Stand Stakes on Tuesday, while Perfect Power excelled on his return to six furlongs in Friday’s Commonwealth Cup.

Naval Crown reversed the form on his 2021 Jersey Stakes conqueror Creative Force as the Godolphin duo finished first and second in a thrilling renewal of the Platinum Jubilee Stakes on Saturday.

Kyprios (56) heads the Cartier Stayer category after a courageous victory over Mojo Star (24) and Stradivarius (28) in a tactical renewal of the Gold Cup on Thursday. It was a third straight success for the emerging star of the staying division, who could face a tantalising rematch with his vanquished rivals in the Al Shaqab Goodwood Cup next month.

Having missed the QIPCO 1000 Guineas, Inspiral (32) made up for lost time with a scintillating performance in Friday’s Coronation Stakes. Last season’s Cartier Two-Year-Old Filly has put herself firmly in the frame for Cartier Three-Year-Old Filly honours after readily accounting for a field that featured Classic winners Cachet (72) and Mangoustine (34). 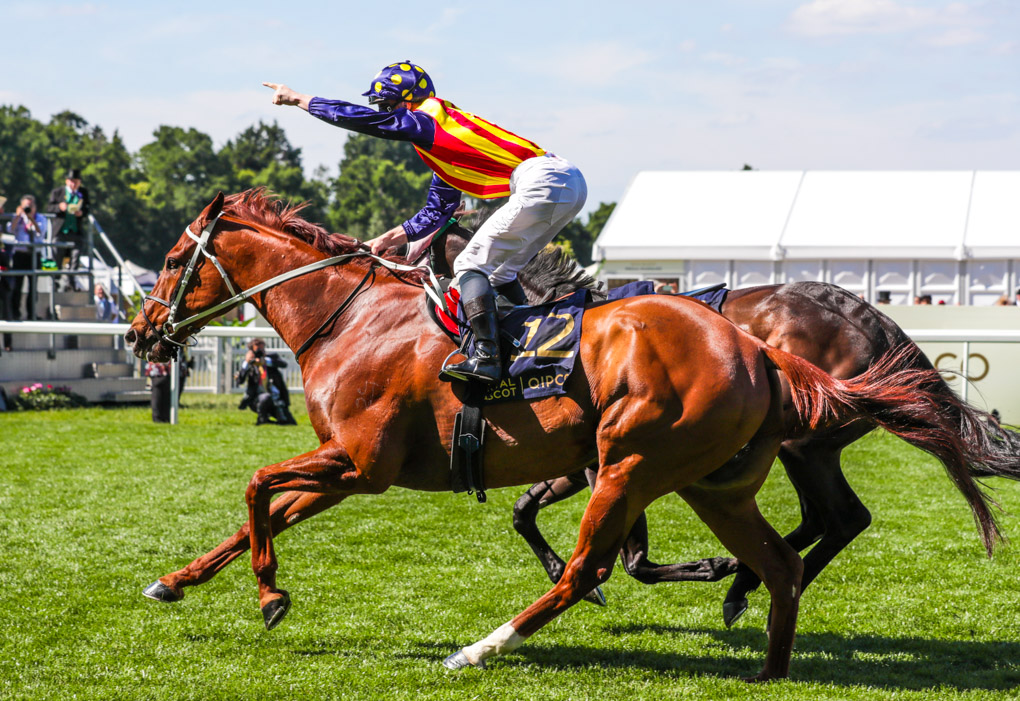