Rolston in new role for HKJC

After 18 years at New Zealand Bloodstock in various roles, 44-year-old Rolston will head abroad later this week to begin a new role with the Hong Kong Jockey Club, chiefly ensuring the future success of the Hong Kong International Sale.

"My main focus is overseeing the Hong Kong International Sale. There are existing people finding the right horses in the southern and northern hemispheres, overseeing that process and the development of them through their two-year-old season and import into Hong Kong and subsequent sale.

"It's not just the sale but also about the results of those graduates on the track. It's not only sourcing the right horses that are going to make it to the sale and sell well but that can also go on and be good performing racehorses for the members. The performance of the horses is very much a focus of the whole process."

Rolston's position was left vacant in 2019 and has been filled by temporary staff leading up to his appointment, which was formally announced this week.

After seven days in MIQ in Hong Kong, Rolston will attend the breeze-ups at Sha Tin leading into the July 9 sale.

"Just to work for an organisation like the Hong Kong Jockey Club is going to be a massive privilege that I'm really excited about," Rolston said.

"I'm looking forward to the professional challenge and the cultural experience for my family while the boys are still young enough. It's time for it and I'm up for the challenge. It's really energising and exciting." 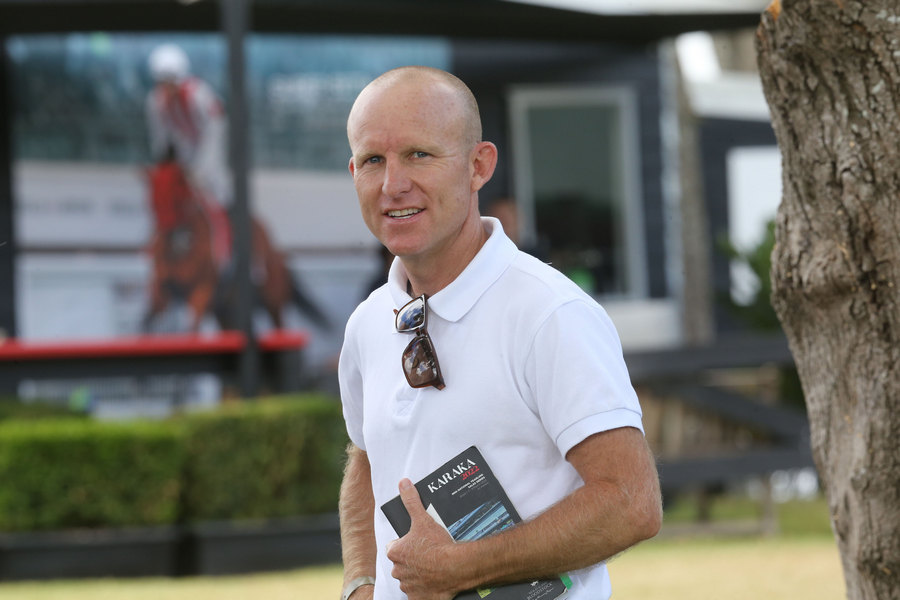 Rolston will leave his wife Sharon and sons Jake and Adam in New Zealand, the family reuniting in Hong Kong towards the end of the year.

"We're all going to be really busy: me with the new role, Sharon with getting ready for the move and the boys with school. We're not looking forward to the time apart but it's an unavoidable facet of the move."

For Rolston, the new role is the latest in a varied career in the racing industry which began as an apprentice jockey as a teenager.

He went on to win 90 races, including the 1996 Gr.3 Challenge Stakes (1600m) at Ellerslie aboard Sir James, before heading overseas.

"I spent a few years living in America and the Middle East after I finished riding and it was while I was away that I met my now wife Sharon," Rolston said.

"We were both riding trackwork at Santa Anita at the time. We decided we were going to move back to New Zealand and I really wanted to work at New Zealand Bloodstock.

"The first position I applied for was a marketing role which I was underqualified for and didn't get. But I did get the next position that came up which was in insurance with Jim Bruford. I did that for three years then Andrew Seabrook transferred me to the bloodstock department.

"Eventually it led into management and ultimately a seat on the board of directors. It's been amazing. It's been humbling to be given those opportunities. Coming from the back of a horse to moving into a junior administration role to where I eventually got to was an amazing opportunity to be afforded by the Vela family and Andrew Seabrook."

While Rolston's immediate future is in Hong Kong, his roots are grounded in New Zealand and he has faith in the industry here, predicting growth in the future.

"I really want to emphasise my appreciation to Sir Peter Vela and his family, Joe Walls as chairman of New Zealand Bloodstock, Andrew Seabrook as managing director for the opportunity and their support right through until my departure,” he said.

"I'm truly confident I'm leaving with New Zealand Bloodstock in a strong position and of the prospects of the New Zealand racing and breeding industry."