Remarkable five-timer and another milestone for Walker

The first four races taken out in quick succession by the same owners and trainer combination would be unheard of at Kranji, but to have the first two ringing up the trainer’s 600-win milestone makes the feat even more....remarkable.

Pun fully intended, Mark Walker, the trainer in question, was helped towards that new landmark by the Remarkable Stable, who race the winning quartet What You Like, I Am Sacred, Sacred Don and Savvy Command.

The rampant combination went on to make it an amazing fifth win on the board four races later with the aptly-named $21 favourite Amazing Choice in the $30,000 Class 5 Division 2 race over 1200m.

The exploit may have not have felt as momentous as Walker’s 500th Singapore winner in November 2018 when he landed his first Singapore Gold Cup win with Elite Invincible, but the Kiwi trainer was just as proud, especially after the middle pin I Am Sacred brought up the next century on Sunday. 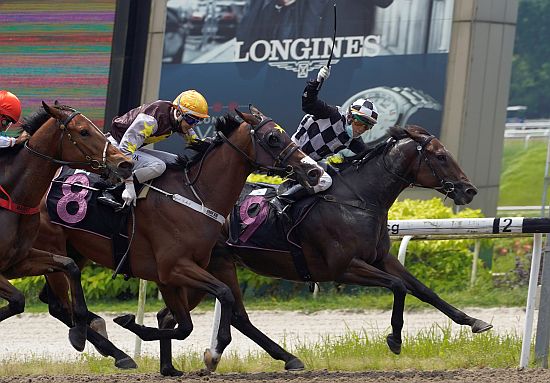 What You Like (Ng Choon Kiat) sneaks up along the rails to claim Race 1, picture Singapore Turf Club

“It’s a great result, but what you really need to get where we are now is good staff behind you and nobody’s better than (assistant-trainer) Gus Clutterbuck,” said Walker, who won his third Singapore champion trainer title last year.

“The Remarkable Stable is made up of New Zealand friends. I set it up early when I came to Singapore and my children Xavier and Alexis even designed the black and white checked colours.

“They never really got used until the Remarkable Stable came back into play when I leased the Raffles Racing Stable horses to them.”

Longshot What You Like (formerly known as Atlantic Fox) was the first to begin the Walker-Remarkable onslaught when he sprang a $119 surprise in the opener, the $30,000 Class 5 Division race over 1200m. The Savabeel seven-year-old was finally opening his Singapore account at his 22nd start after coming up as a two-time winner in Australia.

With What You Like full of running and nowhere to go at the 200m, Walker’s apprentice jockey Ng Choon Kiat had to duck his mount sharply to the inside fence for his run, railing though to cruelly deny trainer Saimee Jumaat of a first 2020 win by defeating Stardice (Simon Kok Wei Hoong) by a neck with From The Navy (A’Isisuhairi Kasim) third another half-length away. The winning time was 1min 12.6secs for the 1200m on the Polytrack. 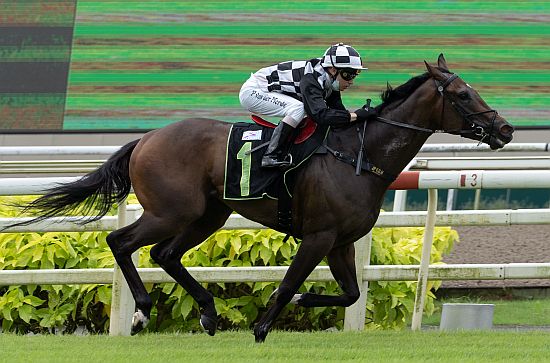 I Am Sacred (Juan Paul van der Merwe) off to a smart debut win in Singapore, picture Singapore Turf Club

“This horse is a bit of an enigma. Maybe the break after his bleeding has done him a world of good, but he’s not a horse you would play cards with,” said Walker.

On 599 wins, Walker had three cards to hit the target in the next race, the $75,000 Restricted Maiden race over 1200m on turf – all three debutants, and it was again the chessboard silks of Remarkable Stable who checkmated through $17 shot I Am Sacred.

Sent straight to the lead by Juan Paul van der Merwe from his low draw, the I Am Invincible four-year-old had the favourite Commodore (Vlad Duric) and stablemate Entertainer (Ruan Maia) for company for most of the way before detaching himself in the home straight to go and beat Commodore by 3 ¼ lengths with Entertainer third another length away. The winning time was 1min 10.62secs for the 1200m.

“The inside gate helps a lot if you’re a horse who goes on the speed and you’re on the Short Course A,” said Walker.

“He’s a horse who had good form in Sydney (Newcastle) with a second and third and has done well since he came to us.

“I was worried with his barrier manners, but he was very good. It was Speedy Missile who reared up and proved difficult, he was at the rear, but he ran on late (seventh), and Entertainer ran well, too.” 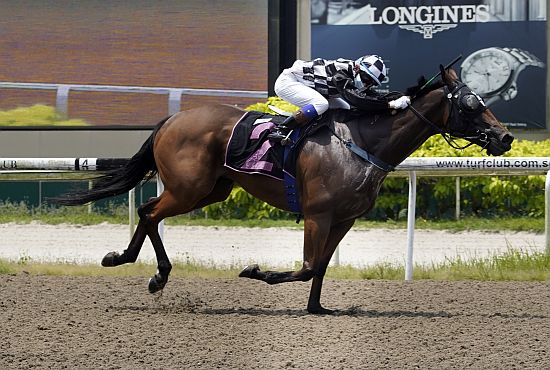 Both had to contend with plenty of pressure as they went vying for the lead, especially Sacred Don who had to work overtime from his wide alley, but to their credit, they defied all the odds to finish at the thicker end of the prizemoney.

Instead of wilting as he would have been entitled to after his torrid run out wide, Sacred Don shot clear once he straightened up, was pegged back late, but the Fastnet Rock six-year-old hung in there for his fourth career win by a neck from Street Party (Juan Paul van der Merwe) with Quadcopter (Marc Lerner) third another half-length away. Sacred Don ran the 1200m on Polytrack in 1min 11.84secs.

As for Savvy Command (Benny Woodworth), he was up against well tried opponents like favourite Maceo (Duric) and Lee Freedman’s newcomer, the colourfully-named The Mareeba Mango (Maia), but the four-year-old by Savabeel absorbed the pressure from the two throughout the race before raising another gallop at the 200m to hold The Mareeba Mango at bay by 1 ¼ lengths with former Malaysian galloper Alfares (Louis-Philippe Beuzelin) rushing home late for third place another length away. 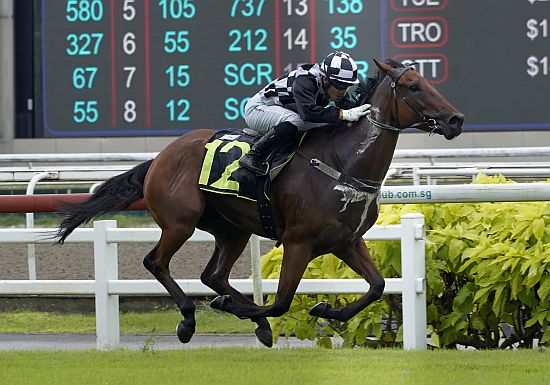 “Sacred Don was really well ridden. He was raced to perfection,” said Walker.

“Savvy Command has had quiet trials. He has qualities, we knew he could gallop, but he is highly-strung.

“It was a clever ride by Benny. It looked like he had nothing left, but he had actually just nursed and nursed the horse.

“The other two horses went a lot earlier and he was headed, but he had a bit up his sleeve.”

From sitting one behind leading trainer Michael Clements going into Sunday’s meeting, Walker reclaimed a place he is familiar with by going three clear at the top on 28 winners thanks to his ‘Remarkable’ four-from-four at the top of the programme.

Clements got one back with So Hi Class (Beuzelin, $17) winning the fifth race, the $50,000 Class 4 race over the mile, but Walker brought the lead back to three winners with Amazing Choice. He has another nine runners spread over the next six races, including sound chances like Beau Geste and Yulong Edition, not to mention one more Remarkable-owned horse, Sacred Croix.

A former winner of four races in a row for the Raffles Racing Stable, Sacred Croix might have lost a bit of his form, but who knows, the chequered flag may fly for a sixth time!