The Course Proper has benefited, as we all have, from a relenting of the summer and early autumn rains with Wood able to trim and trim to keep the grass cover full and with cushion. The rating was a Good 4 with the times fast, record breaking too and across the width of the track.

Joe Pride’s Eduardo, seven but going on five according to Pride and certainly racing like it, he not only fought back at Nature Strip, but clipped 0.53 off Redzel’s 2018 track and race record in the Group 2 Challenge Stakes (1000m). This was very fast sprinting aided by a canny ride by Nash Rawiller. He allowed Nature Strip and James McDonald to sprint from the 300m, shadowed them all the way racing on the inside against the rails, giving Eduardo his target to surge again.  Eduadro did just that and captured the win by a nose.

Godolphin have a battalion of two-year-old’s and the Street Boss colt Anamoe under Rachel King was very good in the Group 2 Todman Stakes (1200m), powering over the top of Profiteer and Home Affairs to take the bragging rights from fellow leviathan breeding and racing operations, Newgate Farm and Coolmore.

The experience of Anamoe’s southern racing, including his last start third in the Group 1 Blue Diamond Stakes over 1200m at Caulfield on February 20th, was on display. The time was not far off the race record of Yes Yes Yes’s 1.08.40 at 1.08.54 and the colts powered home in 33.89.

The stable did not win the Group 2 Reisling Stakes (1200m) for the two-year-old fillies, but they came third, fourth and fifth with Trifaccia, Testimonial and Sliders, all within1 1/4L of the winner Glistening trained by Richard and Michael Freedman.  The I Am Invincible filly Trifaccia was impressive coming from last under James McDonald and there is a major win ahead although she is still learning about racing.

Later in the programme Godolphin turned out Savatiano and Bivouac in the Group 1 Canterbury Stakes (1300m). The latter reared at the start leaving the barriers and at this level on a fast surface that was it for him and he did well to finish fourth, 1 13/4L behind his stablemate, Street Cry mare Savatiano under Hugh Bowman. It was a worthy win at the elite level for Savatiano, she has a bag full of Group 2’s and this win crowned her career with more to follow. 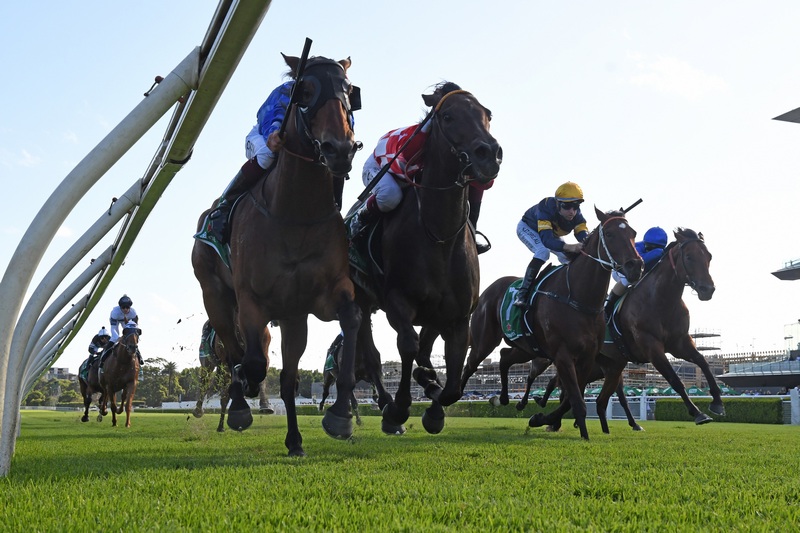 Randwick’s John O’Shea trained Godolphin’s Contributer (GB) when he was their trainer and he could not resist buying a son from the first crop of the High Chaparral sire standing at Mapperley Stud at Matamata.

“He is like his Dad and he had a good female line, that is why I chose him,” he said after Lion’s Roar had won the Group 1 Randwick Guineas (1600m).

Lion’s Roar does indeed look like his sire, a common trait of the progeny, and he raced like him as well. A progressive, expertly timed run by Avdulla from the rear of the field was the key. From the 400m the gelding never looked like being beaten. O’Shea managed, just, to keep his enthusiasm in check as to where Lion’s Roar might go into the autumn after the Group 1 Rosehill Guineas (2000m) on the Slipper programme on the 20th, perhaps the Derby at 2400m, perhaps the Queen Elizabeth Stakes at 2000m.

Behind the favourite Aegon (NZ) disappointed in sixth, Mo’Unga had a checked passage and Tommy Berry dropped a rein before gathering it, himself and Mo’Unga up and making a late run for second, still 1 1/4L behind the winner, while King’s Legacy in fifth might be heading back to winning form after an unfruitful spring.

Avdulla gave a decent salute after the line, the win itself justified that with Lion’s Roar now stronger than in the spring and his second in the Group 1 Spring Champion Stakes, but it was also relief for Avdulla. The Sydney riding bench is so strong and securing the plum rides outside of the major stables is difficult even for a former premiership winner such as Avdulla.

The ride from barrier ten was plotted out by Avdulla and he did not deviate. Settled back, last across the High Street side, stay in clear air on the outside not worrying about covered extra ground as Lion’s Roar took that, literally, in his stride with his maturity. Then set off in an uninterrupted rhythm, and a very good win was the result for all concerned.

Randwick felt like a renewed course, in excess of 6,000 patrons on course, colour, vibrancy and enthusiasm were in abundance. The running of racing for broadcasting through the pandemic was a credit to administrators and racing’s participants, now the layer of chic on-course patrons is well and truly back to complement the show that never stopped. 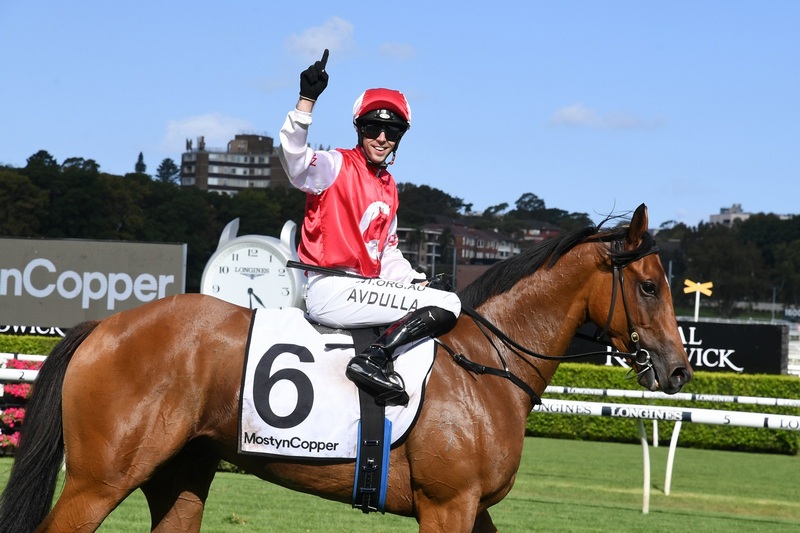