All hail the King of Randwick, Addeybb (IRE), the master of two Group 1 Longines Queen Elizabeth Stakes (2000m), returning from his Newmarket base to reclaim his 2020 title, on a surface that was not meant suit, but this time before a rapturous crowd who knew they has seen a special race and win.

All  week it seemed as if the weather gods had conspired against the William Haggas trained Addeybb and Tom Marquand in their quest for the 2021 renewal with Sydney’s autumn weather fine and sunny with a track improving into the Good range. The market was sceptical that Addeybb would appreciate the firmer conditions, this columnist was sceptical, Marquand reported after the win he was sceptical, except no one asked Addeybb and he was ready and able for the task.

That task was assisted by Marquand’s excellent ride. Down the back straight Marquand positioned Addeybb on the flank of Verry Elleegant whose head was everywhere except where it should have been, settled and focused on what McDonald wanted. It was a classic piece of eyeballing . Then Marquand went forward to sit just behind the leader Dalasan and Kerrin McEvoy. McDonald went back and was soon second last leaving a 4L margin to Addeybb across the top.

Marquand then set off on the trademark runs of Addeybb, from the 500m he was urging Addeybb forward and up the hill they went at the 400m passing Dalasan. The strength and fortitude of Adedeybb was once again on display, not once in the entire home straight did the seven-year-old falter for a stride, in fact the reverse.

Verry Elleegant had come up alongside after McDonald starting moving from the 600m and it seemed she was cruising. However, Addeybb had more to offer and from the 200m he did just that and Verry Elleegant could not match the chestnut who forged away allowing Marquand a serious thrust of the left hand out in salute after the line. A magnificent race. 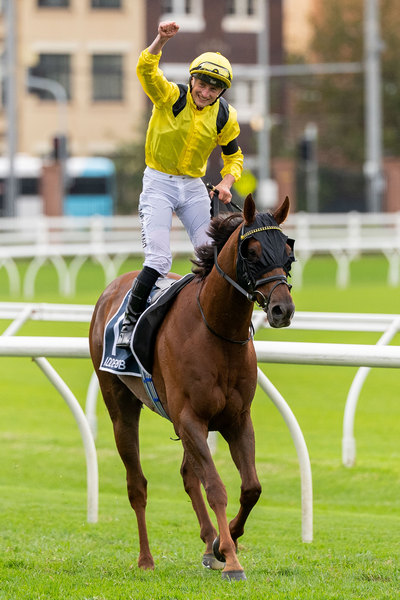 Last year Addeybb won to silent stands as the pandemic stopped activity, so it was special that he and Marquand were able to return for their reprise victory before an enthusiastic and appreciative crowd who knew they had witnessed a world class performance. This time Addeybb fittingly had Randwick applause ringing loud and clear in his ears, and Aussie Tom liked it as well.

The Queen Elizabeth Stakes programme has the four Group 1’s including the feature itself, ATC Oaks, Sydney Cup and Queen Of The Turf Stakes. There is a serious case to be made to elevate the Group 2 Arrowfield 3YO Sprint (1200m) to the same elite status.

Saturday’s finish was excellent with Wild Ruler and James McDonald holding out a charging Isotope and Ryan Maloney and Prague with Marquand.  This is a race that has been won by Danewin, Lonhro, Exceed And Excel, Dance Hero, Shoot Out, Classique Legend to name a few and the 2020 renewal was right up with the names of the past.

That said, the industry currently has too many so called Group 1 races so if one was to be elevated one should be downgraded. Moving on from that, there is also the conundrum of two-year-old fillies racing for $1 million in the Group 2 Percy Sykes Stakes (1200m) last Saturday and three-year-old fillies racing for $160,000 in the Group 3 James HB Carr Stakes (1400m) this coming Saturday.

The fillies and mares are the backbone of the industry supplying our future breeding stock and owners must received as much encouragement as possible to race them for black type. However, $1 million on one Saturday just because it has been tagged with a Championship name does not equate with $160,000 the following Saturday just because it is not tagged with the same moniker.

So we march forward to the final day of the 2021 Sydney Autumn Carnival next Saturday at Randwick and the All Aged Stakes programme. Sydney’s weather continues to be fine and warm with the promise of a good day of racing ahead. 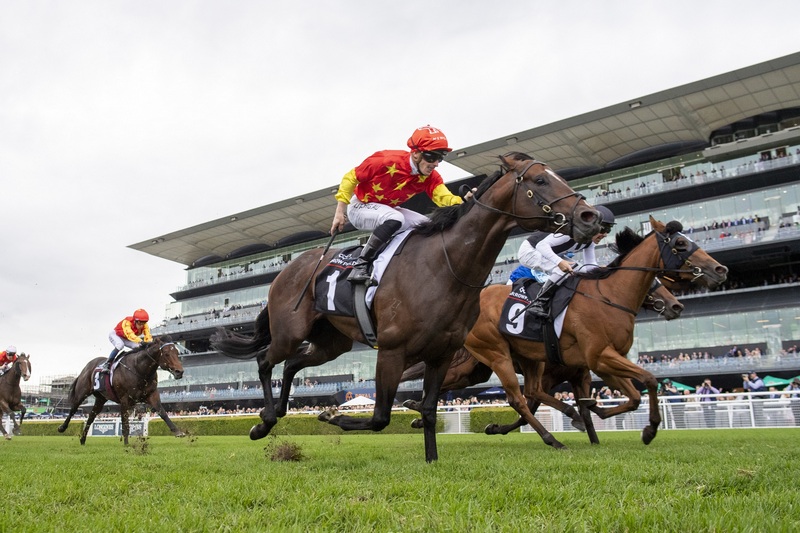