The first Saturday meeting of spring at Randwick was all about speed, the four-timer by Nash Rawiller, clever riding all round and a wind chill that belied the start of the new season. The racing though was so speedy that it made up for the freshness sweeping in from Botany Bay.

Rawiller set the tone with the interesting three-year-old Yao Dash in the opening Benchmark 72 that will see more winners emerge from the race, including the second placed Funstar who came home with quick sectionals, but from too far away from the front running Yao Dash.

The Waterhouse and Bott trained Smart Missile gelding was well set up by Rawiller to lead and then to have another gear in the straight with the strong wind behind him for his second win from two starts. Being a gelding there is not the pressure to secure sire making black type with massive prizemoney on offer over the coming weeks and longevity no doubt also in the stable’s planning.

Yao Dash’s ownership was set up by Dynamic Syndication and this too set another tone of the day. There were rapturous celebrations by the many owners which were repeated later in the day by the Triple Crown syndicated red army for Redzel in the Group 3 Concorde Stakes and the Darby syndicated Samadoubt in the Group 2 Chelmsford Stakes.

Syndication in Australia has been well established for years now and there will be few of the season’s greatest prizes not to have been captured by multiple ownership groups that set the winner’s circles alight with delight at their success. 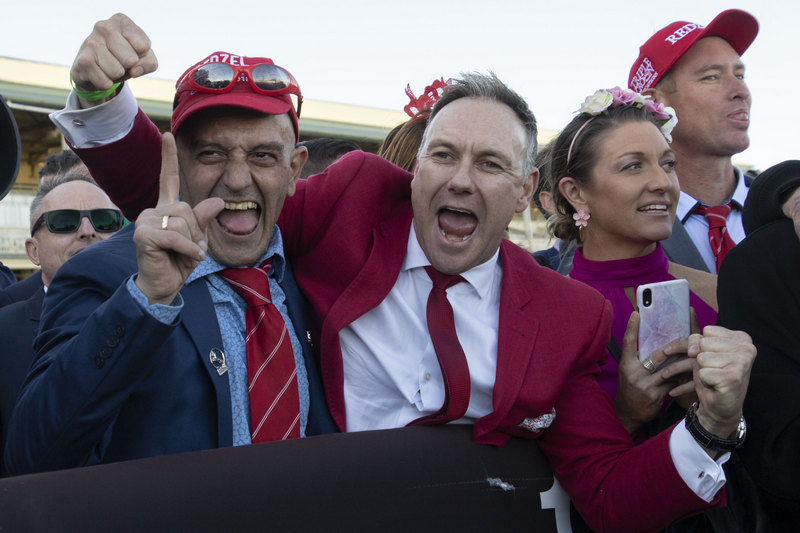 Even billionaire Gerry Harvey with his famed Baramul Stud breeding operation could not resist bringing in a partner for his filly Libertini. In this case it was his great friend and sparring partner John Singleton with his equally as famed Strawberry Hills Stud.

Libertini won the Group 2 Darley Furious Stakes over 1200m in the only major race of the day where the leader of the race, in this case a brave Villami under another crack front running judge Tim Clark, was caught from behind.

Harvey, never short of a quote, deadpanned afterward that he was disappointed in trainer Anthony Cummings as the filly did not win by some lengths.

The reality was somewhat different as it took Libertini’s significant ability to achieve that result against the pace and pattern of the day. The three-year-old filly clocked final sectionals just behind the significant win by Redzel in the Concorde Stakes over 1000m.

Talking of speed, Pierata in the Concorde was outstanding coming home for second to Redzel, as indeed was Graff in third. Greg Hickman’s Pierro entire roared home under Tommy Berry in 10.32 and 10.77 with his final 600m in 31.61. Graff’s 600m was 32.06. Sprinters cannot go much faster. 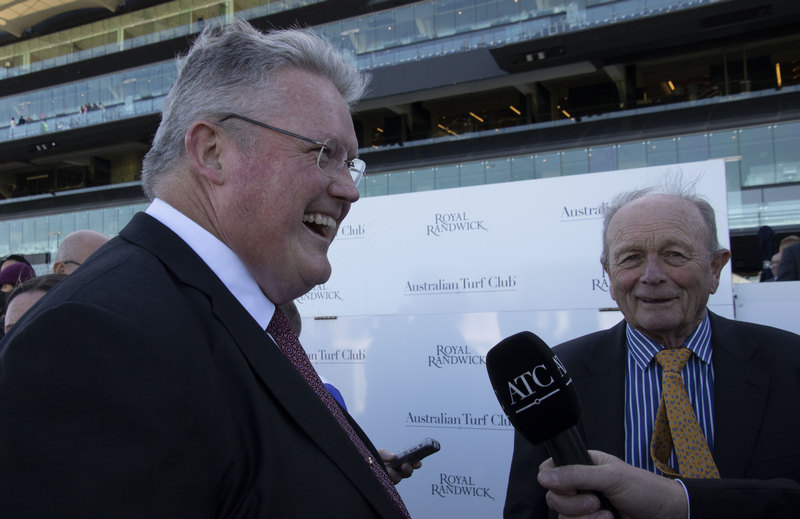 Samadoubt has stepped up again. Clark repeated the Group 1 Winx Stakes winning plan and they never caught the flying six-year-old Not A Single Doubt gelding. He cruises and then when Clark asks he has a final gear that flattens any opposition. More celebrations in the winner’s circle and the Bjorn Baker trained Samadoubt’s stakes earnings are just short of a million dollars at $938,010. Certainly worth a significant shout.

Then it was Rawiller once again to close off the last black type race with John Thompson’s Dreamforce to dominate the running of the Group 2 Tramway Stakes over 1400m. They set off from barrier nine and that was the last the field saw of the pair.

The winning margin was 3L and fitting reward to commence the Fastnet Rock seven-year-old’s spring. Last campaign Dreamforce won the Group 3 Liverpool Cup over 1300m, was third in the Group 1 George Ryder Stakes over 1500m to Winx and second to the light-weight Brutal (NZ) in the Group 1 Doncaster Mile over 1600m so he is a fine galloper well placed by Thompson.

The day was more than a satisfactory start to Sydney’s spring racing and if the temperature can lift  a little to the standard of racing then all will be aligned.

As an aside, last year's Chelmsford Stakes meeting was the first meeting in Sydney to have Benchmark prizemoney at $125,000. Congratulations to the racing authorities and NSW state government for all the subsequent monies flowing into the industry. 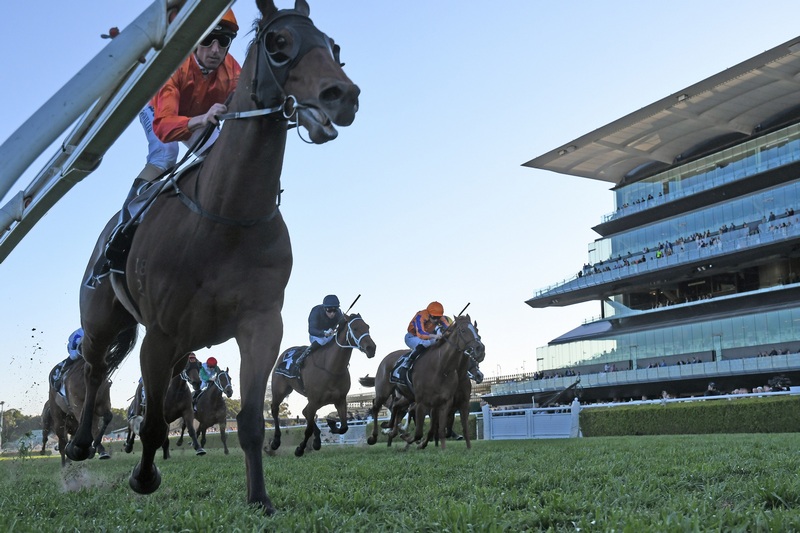 Four wins for Rawiller on the programme and 11 overall for Dreamforce, picture Stevehart.com.au