Tigre Royale (NZ) made the trek from Geelong to Randwick worthwhile with a gritty win in the $125,000, TAB Vision Bm78 Handicap (2400m) on Saturday added by a stride perfect ride by Kerrin McEvoy.

McEvoy had the four-year-old Redwood gelding tucked into second waiting for the time to strike and coming off the rise they were ready. On their outside James McDonald had Desert Path (GB) making a serious bid and they settled down to slog it out over the Heavy 9 conditions.

Both carried 56.5kg and it was a fair contest with Desert Path having a small advantage, but with each stride Tigre Royale clawed back the advantage and had a short head winning margin at the line.

The Archie Alexander trained Tigre Royale came north from Ballarat with two wins in succession at Geelong under his belt, the last over 2480m on a Good track on June 12th. He stepped up to metropolitan company well, showing tenacity and determination aided by McEvoy ride.

The win added to the recent good record of the High Chaparral sire Redwood standing at Westbury Stud in New Zealand. The sires’ Columbus County made a big impression winning at Sha Tin last Wednesday. 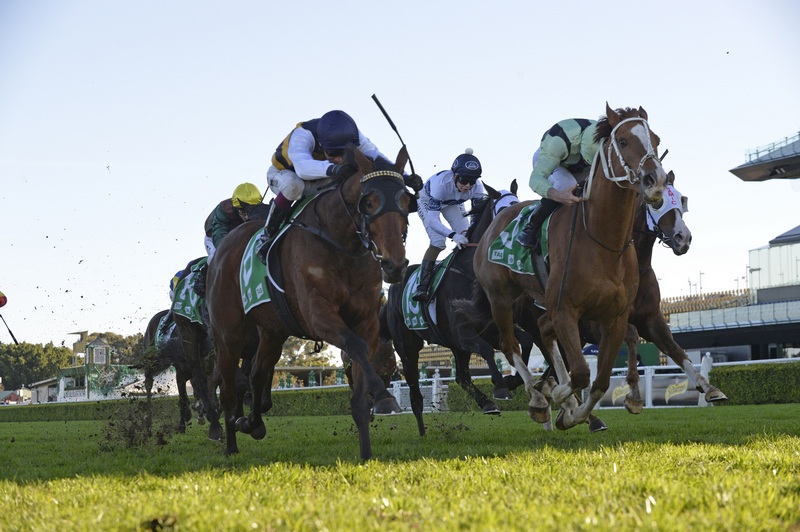 Chris Waller’s Vitesse returned to winning form for the first time since October 2019 with Brenton Avdulla leading all the way on the four-year-old Snitzel mare in the $125,000, Sky Racing Active Bm78 Handicap (1400m).

With 54kg the mare was the light-weight of the field and Avdulla used the advantage well. From the top of the straight he had a good margin with 3/4L to spare at the line to Threeood (Star Witness) with 57kg under Rachel King and a further 1 3/4L to Outback Diva (More Than Ready) carrying 56.5kg under Louise Day.

It was Vitesse’s third win from 22 starts.

Godolphin’s Handspun progressed from two thirds to start this campaign to winning the $125,000, Heineken 3 Bm78 Handicap (1300m) after a bulldozing ride by Tommy Berry.

Berry elected to come through the field from the top of the main straight and he found a gap that was needle thin. Handspun accepted challenge and into the gap they went. Runners in each side closed in and they was bumping and pushing for room, but the four-year-old Bernardini mare emerged from the scrum to daylight and a broad open space ahead.

Handspun (58kg) then left the rest to lick their wounds and she closed on the line with a 2 1/4L winning margin over Cristal Breeze (IRE) (Gale Force) (58kg) and James McDonald.

It was Handspun’s fifth win from 17 starts and while she does not have black type the stable will surely find something suitable over the coming weeks. With seven placings the mare, out of the Street Sense mare Calle Flora, has now earned stakes of $269,920. 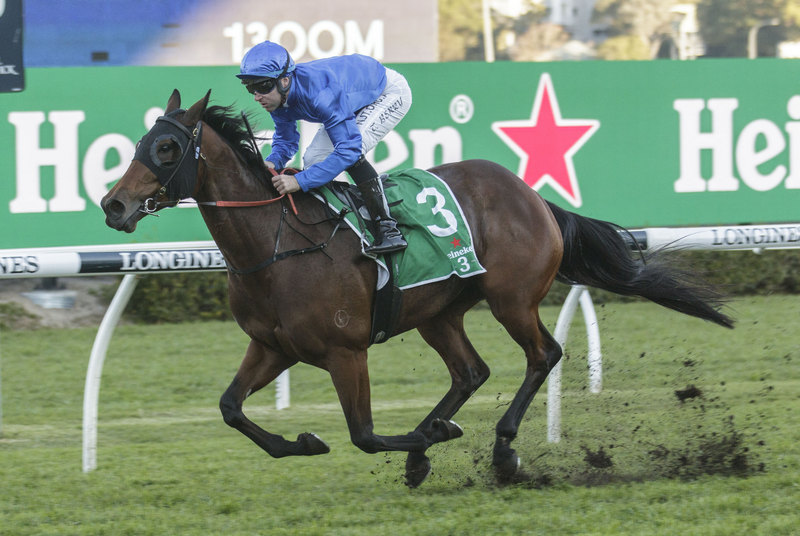 Handspun and Tommy Berry who scored a winning double on the programme after winning the last with Agassi, picture Sportpix.com.au