Wagering continues to hold up without patrons on-course with Canada's Woodbine track the latest to report that the 161st running of The Queen’s Plate on Saturday highlighted a day of racing that produced the third highest wagering handle in its storied history.

“While this year’s Queen’s Plate might be remembered for not having fans in the stands, I would much rather it be remembered for the collective efforts of so many people that allowed this race to be run and its storied history continued to be written,” said Jim Lawson, CEO, Woodbine Entertainment.

“On behalf of Woodbine, a sincere thank you to our staff, partners and the entire horse racing community for everything they did make this day possible. Over the past several months we have certainly proved that we are stronger together and this historic handle is surely representative of that.”

This follows on from the resiliance of Hong Kong's turnover last season through the Covid-19 pandemic placing severe pressure on domestic wagering for the season, yet Hong Kong’s total racing turnover for the 2019/20 season was HK$121.6 billion, which was down only 2.6 percent on the previous season and the third-highest ever.

This was with 100 OCCBs being either closed or operating on reduced opening from early February, plus patrons unable to be on-course for almost half the season.

The significant aspect was the Hong Kong Jockey Club working with patrons and account holders to help them migrate online. This was materially assisted by the investment the Hong Kong Jockey Club has made into co-mingling with the season's turnover from co-mingling increasing to a record HK$23.58 billion, up 25.3 percent on last season, with Hong Kong racing fans continuing to show a growing interest in international racing, as evidenced in the 12.9 percent increase in the Club’s simulcast turnover.

Hong Kong's turnover roared back with the first meeting of the 2020/21 season at Sha Tin just over a week ago betting HK$1.376 billion for a record turnover for the opening day of a season.

The Jockey Club is hoping to have patrons back on-course in a limited way at some stage over the coming meetings.

The USA has also reported good off-track wagering when in late August Del Mar reported that their fan-less TVG Pacific Classic Day turnover of US$24,491,319 topped last year's total of US$24,416,045 when there were 20,000 people on-course 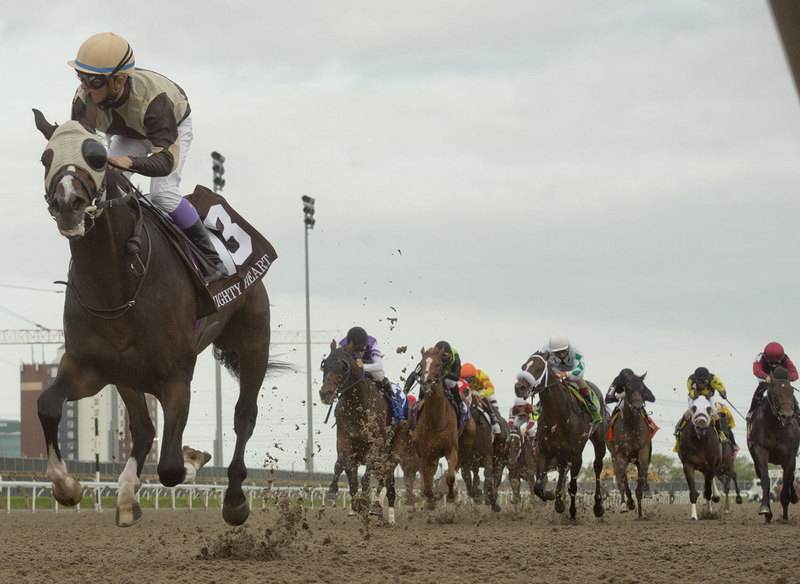