Purton sets his sights towards a new high

Zac Purton has a personal best in his sights as he heads into Wednesday’s Happy Valley fixture, the 72nd of Hong Kong’s 87-meeting campaign.

The Australian ace is one of only three riders to have topped the century mark in Hong Kong (along with Douglas Whyte and Joao Moreira) and currently sits clear of the pack on 118 wins. That tally is 18 shy of the personal best 136 he notched when claiming a second premiership last term.

“I’m just aiming to try and ride as many winners as I can and in the position I’m in now I suppose I’d be a little bit disappointed if I didn’t get to that mark again,” he said at Sha Tin on Tuesday morning.

“I’m hoping to better that and momentum is the key: getting on the right horses is important and that will dictate what number I get to.”

Purton has a book of six rides on the eight-race card and will side with the John Moore-trained Magic Legend (128lb) in the Class 3 Le French May Trophy Handicap (1000m). Jockey and trainer have paired for 20 wins so far this term and are on a roll of four consecutive wins together.

Moore believes his four-time winner is well-positioned to continue the sequence.

“I think Magic Legend has reached a mark where he should be very competitive and he showed it last time off a mark of 74,” he said.

The five-year-old is now one-point higher for running three quarters of a length second to Yee Cheong Baby over the track and trip last time. The bay has not won since April 2017, having risen to G3 level and a mark of 108 at his peak.

“He got to the line very strongly last time; he closed off and broke 23 seconds when most of the others didn’t, so that means he’s hopefully hit a purple patch of form. But that’s because he’s had a serious ratings drop over the last season and a half from a mark of over 100.

“But he showed that bit of spark last time so if he can repeat that run he should be winning this sort of race. He’s drawn very well (gate 3) and he’s done everything right coming into it so he should be a contender for this race.” 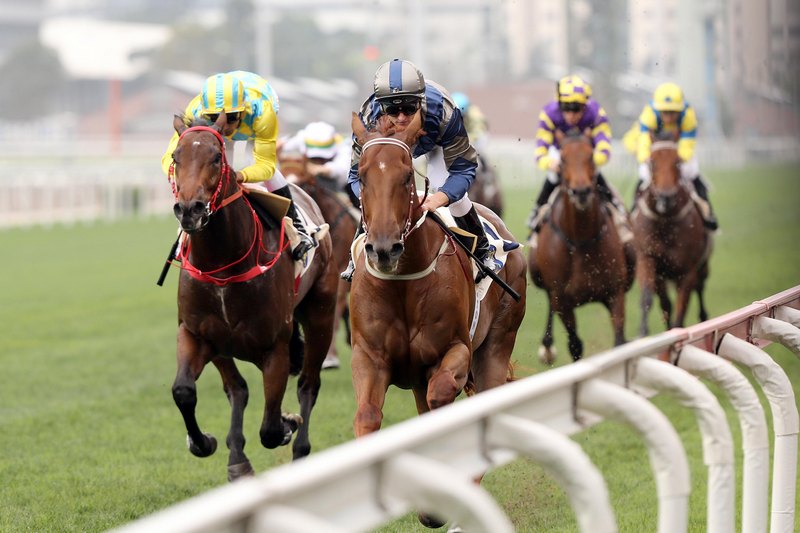 Moore and Purton teamed up this morning as standout two-year-old Aethero went through his paces in a barrier trial ahead of an expected start in a Griffin contest at the end of the month. The big chestnut led and was easily clear of his fellow triallists at the line but did not seem to relish the dirt surface.

“He’s only a two-year-old so he’s not the finished product, of course. He’s not that great in the gates - he missed the start a bit because he does have the fidgets in the gate so we need to work on that. He can get away with that against Griffins but he won't be able to against better opposition in handicaps.

Fighter needs to toughen up

The Dennis Yip-trained four-year-old has one win on the board and that came at Sha Tin in December. The grey has hit the frame four times since without being able to follow-up, prompting a re-application of blinkers for his latest two races.

“He’s been quite a disappointing horse,” Purton said. “Although he’s racing consistently and has put in some good efforts, he’s lacking a killer punch. He’s had many chances now to put them to the sword and win a few of those races and he just throws them away.”

The champion is hoping that a switch to the Valley - his second start at the track and first since November - will help his mount.

“Hopefully, Happy Valley, with its shorter straight, allows him to be a bit stronger to the line and allows him to get the job done instead of giving it up,” Purton said.

“We thought (the blinkers) would (help), we thought that’s why he was a little bit ungenuine in the latter part of his races, but it hasn't made much of a difference at all. He does travel better during the run with them on so it’s a help in that regard.”

Richard Gibson kicked off his career in France and will no doubt be hoping to hit the mark on the French-themed night. He is set to saddle the promising maiden Mr Darthvegar in section two of the Class 4 France Galop Members’ Department Handicap (1650m).

The handler is pleased with the four-year-old’s progress into his fifth start but is not so thrilled about the draw.

“Trainers are never happy when their horse is drawn 10 at Happy Valley: it’s pretty tough to get round the track on that draw but he’s a horse on the way up,” he said.

“You're relying on so many other factors around the tempo of the race, so the draw takes the equation away from the horse’s ability and into factors outside your control.”

In the finale, the Class 3 Arc de Triomphe Champions Handicap (1800m), Umberto Rispoli is looking to continue his good form and back-up on the Frankie Lor-trained Ruletheroost (117lb).

“He’s not a big horse but he’s got a big heart. Last time he did the minimum effort to win that race,” he said.

“Once he took the lead he was waiting for the horses coming around him. But Wednesday is Class 3, it’s going to be different - different opposition - but I still think he can win. He has everything going for him but he still needs some luck because it’s difficult to win in that class.” 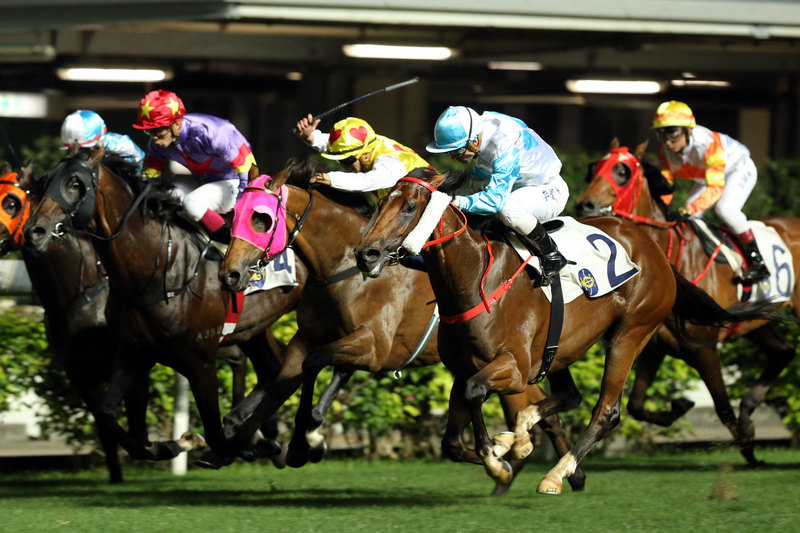