The Silver Grecian Handicap at Happy Valley on Wednesday night sees Zac Purton partner the Dennis Yip-trained Starlight. The Australian jockey rode the Red Element gelding to two wins early in the season, the most recent off a mark of 74 in October – the same rating on which the five-year-old finds himself now.

“At the start of the season, he was flying – he was going really, really well,” Purton said. “He’s probably not going as well now, but he’s still run some decent races recently. If he can just fall into the right spot and get the right tempo, he’s going to be a chance.

“He’s a horse, though, that off his current mark, he needs things to go right – it’s about getting him into the right rhythm. He can overrace and do a few things wrong, so he just needs everything to go his way.”

If Starlight wins, he will join seven other horses aboard which Purton has won three or more races this season. Cheerfuljet, Hot King Prawn (both four), Exultant, Handsome Bo Bo, Lean Perfection, Pick Number One and Simply Brilliant (all three) have formed the backbone of Purton’s title bid as he chases a second Champion Jockey title after his maiden success in 2013/14.

“It’s still far from over,” Purton said. “Joao’s got some good rides on Wednesday and I’m sure he’s got a lot of good rides on Sunday. There’s still a lot on the line; hopefully I can have a good night on Wednesday, ride a couple of winners and we’ll see how we end up.”

The Silver Grecian Handicap brings the curtain down on racing at Happy Valley this season at 10.50pm, with the opener, the Class 5 Street Cat Handicap (1650m), scheduled for 7.15pm. 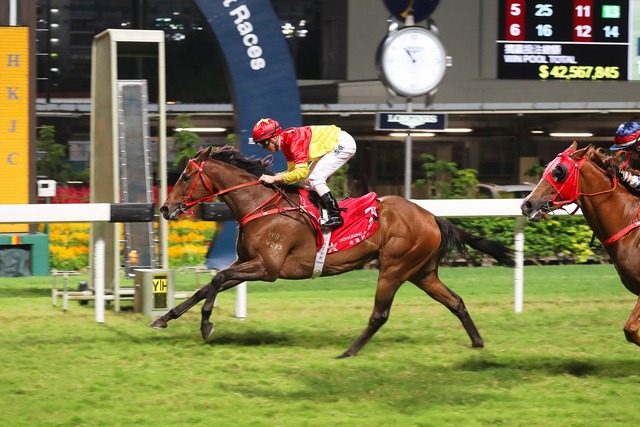