Profiteer on track for Moir assault

Flying three-year-old Profiteer was the star worker on Monday morning among those sprinters entered for a Group 1 race at The Valley.

The track was opened for gallops on Monday morning and seven horses entered in the Moir Stakes (1000m) on Friday night took the opportunity to have a look at the course. The Mick Price and Michael Kent Jr-trained Profiteer was the only horse of 39 that worked on Monday morning to break 24 seconds for the final 400m, clocking 23.81 seconds. 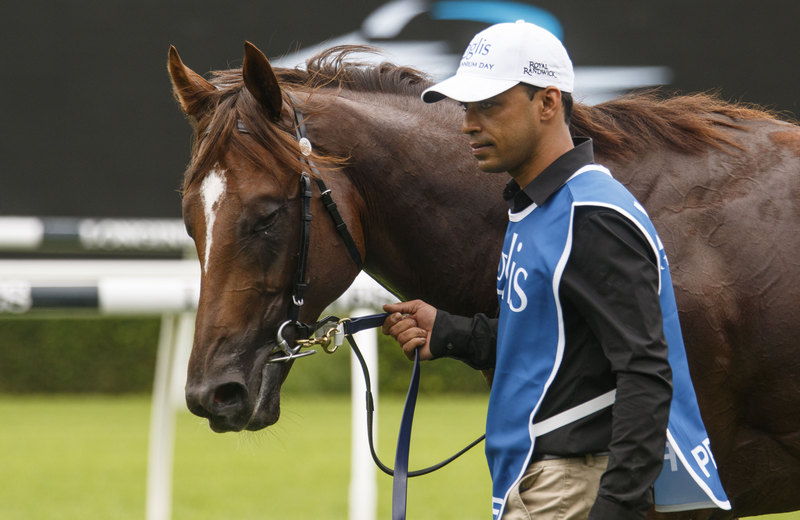 Profiteer worked well at The Valley ahead of the Moir Stakes, picture sportpix.com.au

Price said if Friday night’s race was an “ordinary race” he would go out and win it, but the co-trainer realises the extra competition being a Group 1 race. But he also knows what it takes to win the Moir Stakes with a three-year-old, having won with Extreme Choice in 2016.

Whereas Extreme Choice sat back in the field, Profiteer will be up on the speed.

“While we’ve got him cantering beautifully, he’s a cannonball out of the gates and how do you change that? You can’t,” Price said.

“Extreme Choice won that race and I said to Craig [Newitt] to snag him, which you could on that horse, or you could ping him and he could go. But this horse is such a fast horse, he’ll put himself up there and it’ll be a matter of what he finds after this spell.

“He’s in beautiful condition and will have Jye McNeil [in the saddle].”

While it can be difficult for two-year-olds that competed in the Golden Slipper to make the progression to spring three-year-olds, Price has confidence in Profiteer.

“His trials have been good, but they’ve got to come up and at this stage I’m saying yes,” Price said. “If it was an ordinary race, he’d go and win.

Nominations have been extended until 10am on Tuesday after 14 horses were entered. Apart from Profiteer, fellow three-year-olds Enthaar, Ranch Hand and Shaquero are entered along with proven speedsters Brooklyn Hustle, Portland Sky, September Run, The Inferno and Trekking.