Princess Jenni (NZ) has denied Lloyd Williams his son Nick and their racing partners another Melbourne Cup contender by holding off Pondus (GB) to claim the $400,000 Group 3 Bendigo Cup (2400m) on Wednesday.

Prepared by Melbourne Cup winning trainer Joseph O’Brien, the Williams team was looking at Pondus joining Master Of Reality, Twilight Payment and King Of Leogrance in the $8 million Group 1 Melbourne Cup (3200m) at Flemington next Tuesday.

Pondus was a heavily supported $3.80 favourite and needed to win Wednesday’s Bendigo Cup, incur a penalty and ultimately improve from his current position of 39 in the Order of Entry into the Melbourne Cup.

After being well back in the field early, Pondus, under Damian Lane, circled the field and was widest on the turn, but failed to rein in Princess Jenni ($26) by a short-head.

Haky ($12), under the guidance of Jamie Kah, was a further two lengths away third.

He had the David Brideoake-trained Group 1 Australasian Oaks winner, in fourth place at the winning post with a lap of the Bendigo track remaining.

McNeil was happy to track the speed set by Inverloch, Zebrowski and Furrion before pouncing on the lead soon after straightening.

Kicking clear with 300m to run, Princess Jenni kept up her gallop to the line with Brideoake saying the Melbourne Cup next year could be considered for the mare. 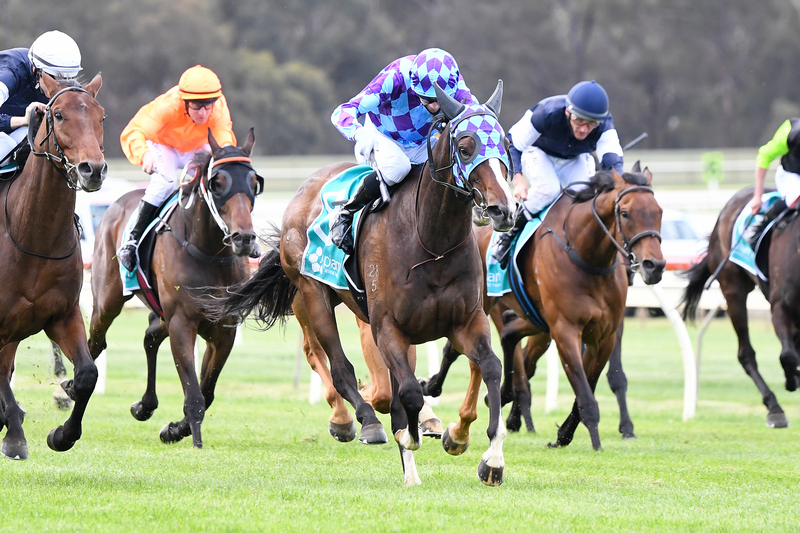 “She’s such a good horse and, honestly, this preparation she hasn’t done anything wrong, she’s just had a series of gates and bits and pieces that didn’t allow us to get a result,” Brideoake said.

“But today it is a good result.

“We just didn’t get enough mile-and-a-half work into her (for the Cup), but there’s always next year.

“She’s just such a good horse and I knew she was in good shape, to lift like that.

“But the ride, the ride was outstanding.”

Brideoake said the $300,000 Group 2 Matriarch Stakes (2000m) on the final day of the Flemington carnival would be the five-year-old's next outing.

McNeil said Princess Jenni had been racing only fairly, but the ear muffs going back on had helped the mare.

“Her form probably wasn’t going the best into it, but a small little gear chance and everything going well during the racing she put her best foot forward and was quite a nice performance,” McNeil said.

“I was travelling so well before the turn that I nearly fell into the trap of improving too early, but she was starting to peak a little bit on her run late.

“The race was over by then and the way things went during the race it was just perfect.”

McNeil will have to delay celebrating his recent success.

The jockey had to get down to 49.5kg to ride Grandslam in last week’s Group 1 Cox Plate and will ride Odeum at 49kg in the Group 1 Empire Rose Stakes (1600m) at Flemington on Saturday.

“After that I can get back into my tucker and drinks,” he said.

By High Chaparral (IRE) from the Zabeel mare Glitzabeel, Princess Jenni is now the winner of six of her 19 starts and $976,035 in prize money for her connections Mr A Ottobre, Mrs L Ottobre, Mr M Ottobre.