Joe Pride is renowned for his success with tried horses and he will again be looking to work his magic with recent stable addition Mariamia. The five-year-old will be one of two runners for Pride in the Furphy Handicap (1200m) at Rosehill on Saturday along with Hasstobegood (NZ), who arrived in his yard 12 months ago via New Zealand and Melbourne.

Pride has a tremendous strike-rate with tried horses and boasts Group 1 winners Vision And Power (NZ) and more recently Eduardo among his best advertisements. The trainer has plenty of time for both Mariamia and Hasstobegood (NZ), but he is hoping the track improves from its heavy rating to give them an opportunity to show their wares.

“They are two really nice mares. They are both Group placed and they’re in a Benchmark 78 race,” Pride said.

Mariamia did her early racing for Shane Stockdale in Victoria where she was stakes placed behind Probabeel (NZ) at Caulfield earlier this year.

Subsequently purchased by the Kelly family of Newhaven Park fame, Mariamia joined Pride’s team last month and made an encouraging debut when third to smart Godolphin sprinter Andermatt over 1100m at Randwick.

Pride says she has continued to do well in the stable and has adjusted easily to her new routine.

“She is well established. She came here with a pretty good record,” he said. “It’s more just a matter of getting her fitted into my system and getting her happy and content in her surroundings, and she has been a really easy horse to do that with.

“It is a pretty big drop in grade for her considering the horses she has been taking on.”

Pride can also make a case for Hasstobegood (NZ) running a cheeky race despite the fact she has been out of the winner’s circle for 15 months. The mare has been struggling on Sydney’s string of testing tracks, finishing fifth at her past four starts, and he says she can improve on a better surface. 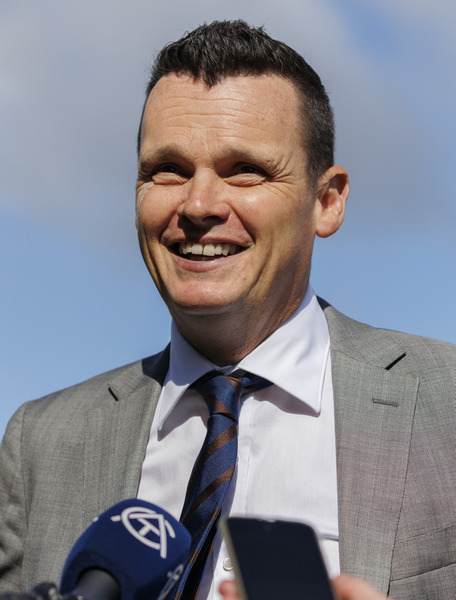