#14 Give Way Please has potential. He’s shown his touch of class at times and with one season under his belt and a roaring condition rectified – he can win. #2 Turbo Power gets back to his preferred course and distance. He should be able to shine here under Alexis Badel. #8 Splendid Star has more ability than his record suggests. He should be a price here and looks a strong blowout chance. #7 Lucky Gor steps out off the back of several solid trials. Strong booking with Joao Moreira up for his debut.

#3 Hinchinlove is nothing short of consistent. Suspect he rolls forward here for Derek Leung and from there plays catch me if you can. Expect a big run – he could well pinch this. #2 Highland Fortune is in solid form. He draws favourably which should ensure he’s got plenty in the tank for a big finish. #8 The Golden Scenery will benefit from a hot tempo. He owns a powerful finish but he may need a few favours here. #4 Circuit Three is a chance at odds. Good gate suits.

Difficult contest with several hopes but #7 Super Wealthy appeals. He’s coming to hand nicely and if they run along here – which they may – he’s the one who can rapidly steam over the top of them. This is a step up in class, but he looks capable and more importantly – ready. #2 Wellington’s best would see him over the line. Concerns are how he’s come into the race but even not at full strength, he should be in the thick of things. #3 Courier Wonder is consistent. Expect another big run but there are concerns with how good he really is – especially as he tends to shy from the whip and race waywardly in the straight. #8 Master Eight is looking to extend his unbeaten sequence to six. He did just enough last start – while tough – this is a big, big step up again for him to make.

#4 Millennium Falcon has hit his straps and looks capable of a return to winning ways. Zac Purton hops up and from gate seven he should be presented with every opportunity. #5 Beauty Live was nothing short of impressive on debut. He closed strongly – like a very nice horse with a stack of upside. #6 Dandy Years can figure. The wide gate is tricky but he has claims here. #2 Lifeline Vision closed nicely last time out. Don’t discount here – especially in this grade.

#7 Rock Ya Heart returns to Sha Tin – which looks ideal. He’s come through a number of strong races and with even luck this contest appears more than suitable. Expect a big effort and a sharp return to form. #3 Team Spirit won well last time out. He’s well placed to do the same again here as long he crosses without too much fuss from the wide barrier. #6 Excellent Daddy steps out for the in-form Benno Yung. He’s coming to hand nicely. #1 Jumbo Fortune steps out on debut. He’s looked like a mixed bag in trials but his Australian form suggests he’s quite talented. Keep safe.

#3 Pakistan Friend appeals here at a price. He was held up at crucial stages last start and when he did get out he was caught a touch flat-footed, quickening up before being caught without momentum. He can make a run for it here from gate three. #8 Shanghai Dragon is consistent. He’ll roll forward and get his chance. #9 Super Elegance found form last time out. He’ll be coming hard from the rear. Strong win and place chance at a price. #1 Darci Joy is the class runner. Remaining in Class 4 is suitable.

#1 Golden Sixty is Hong Kong’s superstar and he can further stamp those claims this weekend with his 17th consecutive win. He’ll be a short price to win and rightly so. He’s a champion. #6 Healthy Happy scored well first-up last start from the front and he’s expected to make the running again here. He can stick on. #2 More Than This filled second spot behind Golden Sixty last start. He’ll be there once more. #5 Sky Darci is next best. He has claims.

#9 Baebae Tsoi has a bit of talent. He did well first-up and his latest trial was sound. Expect he can make a run for things here for leading trainer Frankie Lor. Inside draw suits. #4 Leslie did well for second on debut behind a smart winner. Zac Purton hops up now and a win looks close – if not here. #1 Classic Moon scored a barnstorming win on debut. Expect he settles back for a strong finish. #3 Marvel Dragon is a winner in the grade above. He’s a solid chance here, especially on a place line.

#14 Natural Storm is better than his record suggests. He should be a price here, especially after a lacklustre first-up effort over an unsuitable distance. Quick back-up suits and he’s won second-up previously. #1 Charity Grace is the class runner of the field. Expect he’s favourite here and if so, that might be a price worth taking on, especially with top weight assigned. #3 Winning Dragon is coming to hand. He has form at the top-level prior to import and third-up, from a gate good should allow him to showcase his best. #5 Enzemble is a threat over this course and distance.

#13 Star Brite raced without room in the straight last time out. Still, he’s progressing well and third-up into this contest looks suitable. He slots in light and with a clean run he can make his presence felt. He should be decent price too. #10 Seasons Bliss is a serious talent. He bungled the start last time out but even still, he should be able to test this group if he manages to jump with them. #1 Circuit Stellar is progressing. Expect another improved effort. #6 Navas Two Boasts a pair of solid wins. This is difficult again but he’s in very, very good form. 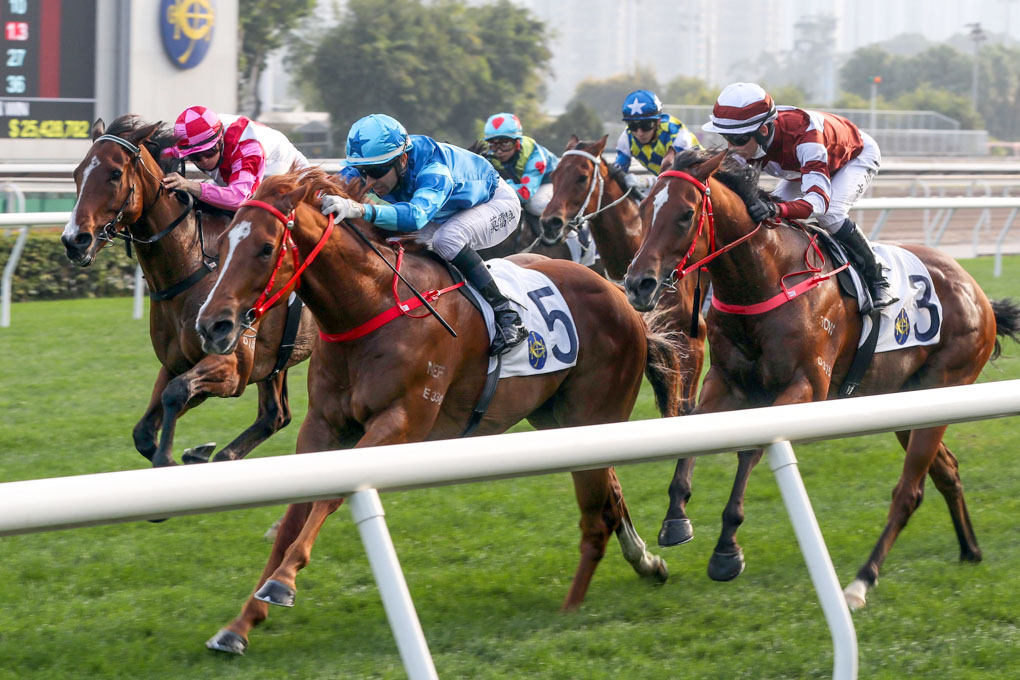