#8 Big Bully has been thereabouts all term and is unlucky to already be a winner. He found himself caught far too deep with too much work to do and subsequently dropped out to finish last. Suspect the tongue-tie being applied indicates a breathing issue and if that has been rectified his best could see him finally go on with it. Manfred Man is only one win away from his 500th Hong Kong win and #3 All Best Friends is more than capable of delivering that milestone to him. He’s drawn well and with Zac Purton taking the reins for the first time this season he warrants plenty of respect. Victor Wong jumps aboard #14 Keep Going for his first ride back from a lengthy stint on the sidelines due to injury. The Me Tsui-trained galloper has been consistent all season and repeat of his latest effort could see him find the frame. #5 Moneymore returns first-up this term. He caught the eye in a recent trial at Happy Valley and although he’s winless, he might just be ready to finally piece it all together.

#6 Fun Times is a winner already this term and another success here would not shock. He’s been racing well all season, especially his last two starts where he’s rattled home to make up significant ground. The blinkers stay on and with a quiet ride he can finish over the top of them. #11 Courageous Dragon has shown steady improvement since resuming this season. Karis Teetan now takes over which warrants respect and from the good draw he might be ready to go on with things. #7 Mission Smart gets the services of Hong Kong’s champion jockey, Zac Purton for the first time. This booking alone warrants respect and that form line behind Sunshine Warrior is a relatively strong one. #2 Skyey Supreme dashed home to finish just under two lengths behind Great Treasure. He’s taken his time to acclimatise but has shown the steady improvement to warrant respect.

#7 Team Power caught the eye on debut by sticking on gamely for second behind to Eight Trigrams. He has the wide gate to overcome but suspect that form around him will continue to stand up and as a result he shapes as the one to beat. #2 Tailor Made has largely been pretty poor since his debut but he did show glimpses of ability when running on for sixth at Happy Valley two starts ago before ridden upside down in his latest. Suspect with a quiet ride he can showcase that talent. #12 Supreme Witness is after the hat-trick of wins. He remains in Class 4 off that last win which suits although the wide gate will make things tricky if he is planning to roll forward and position himself on the speed. #6 Hero Star struggled last start however prior, caught the eye when he battled on for a narrow defeat. He can figure with the right run.

#5 London Hall narrowly missed two starts ago over this course and distance and replication of that performance here should see him prove difficult to beat. He stepped out over 1800m last time out which proved too short for him and with the right run here, combined with the step up in trip will see him afforded every chance to finish over the top. #11 Murray’s Partners kept on gamely for fifth over this course and distance last start. Zac Purton now takes over riding duties and although he’s drawn wide, he remains a leading player. #14 Shinealot deserves respect stepping up in trip following that narrow defeat over 1800m, especially with only 115lb on his back. The consistent #4 King’s Man rarely finds himself running a bad race and this is likely to be no different.

#3 Victoriam has been racing well all campaign albeit without a win. He is however a two-time course and distance winner and although he’s drawn a touch awkward, he does have plenty of class about him which could see him over the line on Sunday. #4 Good Beauty grabbed third last time out after rattling home from the tail of the field behind the runaway Circuit Three. This is the right form to be winning a contest like this and with Zac Purton hopping up, he could test these. #8 Fearless Fire admittedly does his best racing at Happy Valley but still, he’s racing in good enough form of late to warrant respect and he is a winner in this class previously. #12 Right Honourable can stick on for prize money with a race run to suit.

#4 King Dragon has shown steady improvement across his short four-start career in Hong Kong. The blinkers have been applied to sharpen him up and with even luck he’s going to take a power of beating, especially for the in-form Manfred Man yard who bagged a double at Sha Tin on Wednesday. #9 Casimiro is looking to snap a run of two second place efforts. Although he rises in weight he is in arguably career-best form and once again this race looks suitable. #6 Dragon Pride finished a competitive sixth on debut over 1000m down the Sha Tin straight. The step up to 1400m here looks suitable and the inside gate will afford him every opportunity to showcase his best at start number two. #5 Juneau Park has shown steady improvement. He did however look a tad one-paced last time out and there’s a chance he needs a few more runs before his time comes.

#1 Golden Sixty steps out as the leading chance in Sunday’s HK$10 million feature after securing the Hong Kong Classic Mile, the first leg of the Four-Year-Old Classic Series. He is the one to beat; however, there are slight concerns around his soundness after returning an elevated temperature from a fever. He’s since been day-to-day and while taking his place Sunday remains in the balance, if he does and he’s sound, he is the one to beat. Stablemate #3 More Than This closed strongly for second behind Golden Sixty last start. Although he’s shown that he wants further, his get-back style of racing does himself no favours and if Golden Sixty’s best does show up, he still looks unlikely to better it. #5 Private Secretary led and won well on debut before failing last time out. He’s since appeared sound in a recent trial and with gate one he could be capable of dictating terms to suit himself. He’s the value to bounce back. #7 Enjoying was awfully unlucky not last time out, after he was blocked for a run on numerous occasions in the straight and never got a crack at them. He’s a dual G2 winner in Australia and if he manages to find that class here then he’s capable of testing this bunch.

Derby hopeful #6 Columbus County is looking to snap a run of two second place efforts. He gets out to 2000m now which is suitable and from the inside gate he should manage to slot in without spending too much petrol. #2 Glorious Dragon notched up two wins in a row before finishing second to Exultant in the G3 Centenary Vase (1800m), before failing in the G1 Hong Kong Gold Cup. He’s better than that performance and with Ryan Moore engaged here, it could pay to forgive him. #7 Super Oasis is another who is on a Derby trail. This distance is definitely his go and with even luck the New Zealand G2 winner will find himself in the finish. #3 Chefano is next best.

#5 Seattle Choice just couldn’t get his nose in front last time out at only his third Hong Kong start. Still, he was bloused late by Assimilate who himself, is a rather high class galloper and with that run under his belt, he’s only going to be for the better. This is suitable. #9 Sunshine Warrior is looking to back-to-back. He steps into Class 3 now which makes things difficult but still, his form of late has been outstanding and as a two-time winner already this term, he warrants respect. #12 Glenealy Generals hasn’t been too far away this term. He’s found a competitive mark here and with only 117lb on his back, he remains a contender. #2 Follow Me has been there and done that before, especially as a three-time course and distance winner. He shouldn’t be overlooked.

#10 Enzemble is looking to snap an unlucky stretch of three placings, including his last two outings which have seen him finish second twice. He’s drawn a touch awkward but if he’s held his condition then this looks suitable, especially with a 12lb less on his back than #1 Monica, who won a hot Class 3 last time out. John Moore’s grey is starting to piece it all together and he appears to still have a number of ratings points in hand. #6 Smart Patch has been racing well this term. He won’t be too far away if he finds his best. #4 Super Elegance is looking to snap a run of four second place efforts. He’s become a costly conveyance but still, his form is hard to ignore, especially behind Monica and he’s capable of testing this bunch. 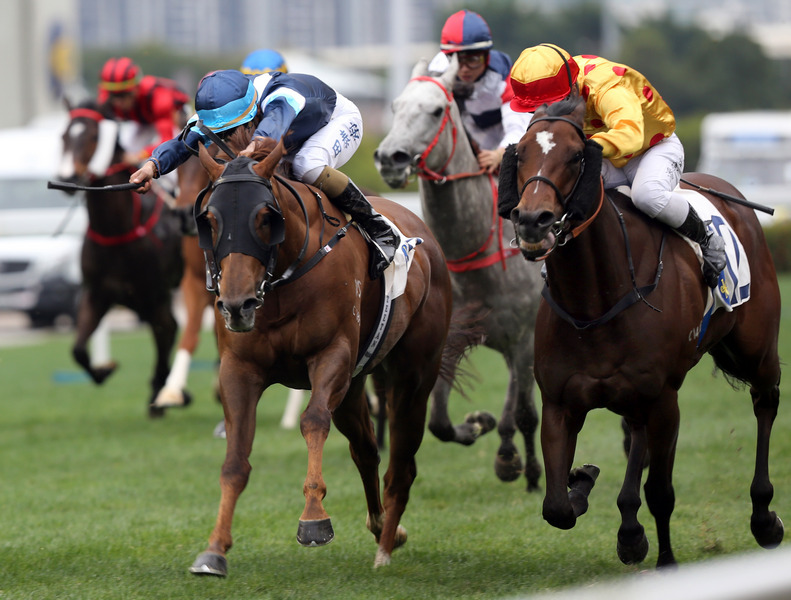