#1 More Than A Horse gets a welcome drop to Class 4. He’s yet to win but his career-best performance came over this course and distance last term and with even luck, he is capable of breaking through. #5 Owners’ Star does his best racing at the city circuit. He’ll relish the step up in trip. #11 Exaltation slots in with no weight on his back. He’s consistent and gets a handy weight relief on rivals here. #9 Victorious Seeker is next best.

#10 Daily Beauty rates strongly for championship leading trainer Caspar Fownes. Joao Moreira hops up from the good gate and he’s the in-form horse of the race. #1 Bullish Brother gets a handy seven-pound claim from apprentice Jerry Chau and from gate one, he should be able to find the lead with ease. #7 Focus is better than his recent record suggests. He only needs to offset the wide gate to be competitive. #12 Universal Go Go shouldn’t be discounted.

#9 Wonderful Tiger is a three-time course and distance winner in this grade. He’s racing honestly and he should be able to get out in front and have every chance to be hanging around at the finish. #7 Virtus Star won three on the bounce before finishing a competitive fourth last time out. He draws a better gate this time and warrants respect. #10 Baby Storm is on-the-up and is closing in a first Hong Kong win. #3 Many Gains isn’t the worst and could roll forward to lead from gate one with Vagner Borges engaged.

#2 All You Know steps out for the in-form Richard Gibson stable who last Wednesday, nabbed a double. He’s racing well and has struck a more than suitable race here. #1 Zhan Jiang Rocks is looking to snap a run of two consecutive runner-up efforts. He has claims. #9 Happy Win Win bears close watching from the good draw with Zac Purton engaged. #10 King Dragon is closing in on a first win. He’s in the mix.

#2 Tom’s Style is racing well and looks ready to improve again off the back of an impressive second-up effort last time out. He draws poorly but with a fast pace he can finish over the top of this bunch. #9 Joyful Win turned his form around to grab fourth last start. He draws well and gets his chance to try and make all again. #10 U W Brother is in career-best form and has proven his capabilities in Class 4. He’s honest and should get his racing close to the speed. #3 Simply Fluke is a model of consistency. He bears close watching.

#3 Mighty Power is better than his last-start 11th suggests. His form prior was excellent and if he manages to recapture that here, he is capable of getting his first Hong Kong win. #5 Noble Birth is looking for back-to-back wins. He draws well and rates as a leading player, especially in Class 4 again. #4 Whiskey Neat has been knocking on the door for a while now and though talented, he does tend to mix his form. He can figure in the finish. #2 Telecom Rocket is next best.

#6 Harmony N Blessed is a supreme talent who is looking for a third unbeaten win. He’s the standout runner on the card and he’ll take plenty of running down in this contest. #1 Handsome Bo Bo surprised at 30/1 first-up before grabbing sixth last time out. He’s the main danger with Zac Purton hopping up. #4 High Rise Soldier has been knocking on the door all season but does draw poorly. Still, he’s racing well and deserves respect. #3 Wind N Grass can run well again.

#4 Precise Express finally draws a good gate and it could all come together for him here. He’s better than his record suggests and he does have a powerful turn-of-foot on his day, especially as a one-time winner already in Hong Kong. #7 Incanto Prepared is looking for his third consecutive win. He remains in Class 4 which suits but this contest does appear more difficult. #6 Angel Of My Eyes has ability but is struggling to remain consistent. Still, he could bounce out of the ground at any time and he deserves respect. #10 Smiling City draws poorly but is competitive in his spot.

#2 Scores Of Fun has six top-three efforts from eight starts, including two wins. He could easily be a three or four-time winner but still, his consistency holds him in good stead and he finds a suitable contest here. #1 Mig Energy gets a handy seven-pound claim from apprentice Jerry Chau. He doesn’t win out of turn but he should be able to finish around the mark again. #11 Momentum Galaxy is coming off a nice win and he can’t be overlooked. #5 Capital Star steps out for his Hong Kong debut following a three-win campaign in Australia. He’s trialled soundly and bears close watching with Joao Moreira up for the first time. 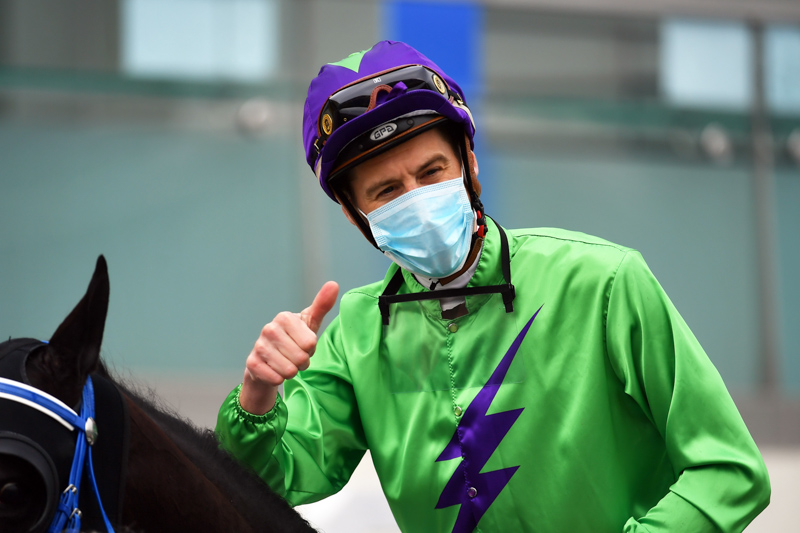