#10 Many Gains has the inside draw on his side and his latest trial at the Valley was encouraging. He has the ability and the inside gate should allow him to showcase this. #1 Namjong Sings is winless but does appear to have finally pieced it all together. He relished getting out to 1200m last start and he’s a threat in his spot. #2 Street Scream did well first-up and is capable in a race such as this. He’s drawn to get the right run. #12 Courageous Dragon is on the up and with a light weight, he can figure.

#5 Kanbeki Molly can find the front with Victor Wong’s apprentice claim in hand and from there, prove difficult to catch. #12 Virtus Star is looking to end his run of outs with a breakthrough success. He’s well weighted and once again from the draw, is a leading player. #6 Nitro Express is a two-time course and distance winner. He’s plummeted down to the handicap to a mark of 34, his lowest figure in Hong Kong. He’ll be in the mix. #3 Wonderful Tiger is a three-time course and distance winner in Class 5. He’s drawn a touch awkwardly but should get his chance still, especially with Zac Purton up.

#1 Kiram got the job done second-up last season and he profiles to go close again here, especially from the good gate with Blake Shinn now engaged. He should be hard to beat back in Class 4 now. #7 Lady First has had the benefit of two runs under his belt. He’s steadily coming to hand and further improvement is expected here. #11 Nunchuks steps up in grade following his Class 5 win last start. He’s drawn poorly but still, is in form and does still appear to have a number of rating points in hand. #4 Melbourne Hall is racing well and is capable of grabbing another win this term.

#5 G Unit is better than his previous two runs this season suggest and if he can recapture his best here, then he’s a chance to bounce back to the winner’s stall. #4 Jazz Steed is racing well and gets his chance from the soft draw to add another win to his haul. #2 We The South has an awkward gate to contend with but off his first-up run he’s worth including in all exotics. #8 Hin Yuen Bis won’t be fancied in the market but he might be worth throwing in off the back of an impressive runner-up effort at his latest.

#4 Right Honourable has previously won third-up and he’s showing steady signs of improvement with each run this season. #3 Murray’s Partners has won two out of his last three races. He’s drawn well and gets the services of the in-form Karis Teetan up for this. The Mauritian ace is fresh off a Sunday three-timer. #8 Lucky Missile is capable and does have the runs on the board. He’s sure to run a bold race from the good gate. #1 Charity Wings is a four-time course and distance winner, each time, in Class 4. The wide gate hurts his chances but this is a suitable contest for him, especially with his previous experience.

#5 Harmony And Rich couldn't have been more impressive in a recent trial and if he can translate that form to the races, then he’s going to prove awfully hard to beat. #6 Moment Of Power is better than his last start ninth suggests. Victor Wong knows the horse well and he should be able to get the best out of him on Wednesday night. #2 Mr Lumieres has race experience on his side and as well, breaks from a favourable position. He can turn his form around and make his presence felt. #10 Fabulous Eight makes his debut at the city circuit. He’s a two-time winner at Sha Tin and on paper he rates as a leading hope, just as long as he can navigate the tight-turning nuances of the Valley.

#10 Glorious Lover is on an upward trajectory and with two runs under his belt this term, he does appear ready to finally go on with it here. He kept on well last start and off that run, should relish the added 250m on offer for this. #6 Entrusted is another on an upward trajectory. The wide gate harms his chances but he’s a very nice horse with a bright future for trainer Douglas Whyte. #5 Lightning Steed rarely runs a bad race with three wins from his last five starts. He should perform well again, especially if he finds an uncontested lead. Zac Purton is 1/1 aboard #2 Reel Bizzy. He’s one to watch closely.

#5 High Rise Soldier is unlucky not to have already won a race and with even luck, he should be able to earn a well-deserved win. The booking of Zac Purton will give him every hope, as does the inside draw. #6 Flying Bonus turned his form around to finish a close-up second last time out. He’s a threat with two runs under his belt already this term. #9 Amazing Kiwi is looking for back-to-back wins. He can’t be discounted. #7 Prince Of Gems breaks from gate one and from there, he should do next to no work throughout. He’s one to watch closely. 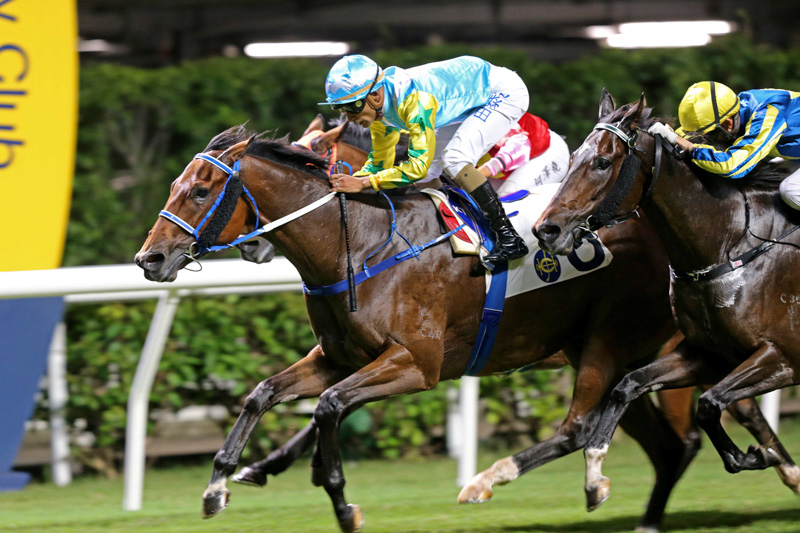