#5 Amazing is winless across 21 starts in Hong Kong since his arrival from Australia where he was a two-time victor. He’s steadily shown improvement for new trainer Benno Yung this term which has also been aided by his drop to Class 4. He gets the services of Zac Purton for this and with even luck he’s going to take beating. #10 Wood On Fire has shown glimpses of ability across his short five-start career. He makes his Happy Valley debut which is always difficult but from the inside gate he maps to get the gun run. #6 This Is Charisma has taken to racing with ease. He put in a career-best performance two starts ago and a repeat of that effort here will see him measure up. #2 Noble Desire can figure in the finish after a sound performance last start.

#11 Everyone’s Elite is looking to snap a run of three runner-up efforts. Although he’s struggling to get his nose in front, he’s racing in career-best form and he’s shown that it’s only be a matter of time before he does break through. #8 Vital Spring won first-up this term. He’s since been racing well since his jump back into Class 4 and another bold run is expected here. #2 Charity Wings rarely runs a bad race. The in-form Grant van Niekerk takes the reins and his best form could test these. #3 Starlit Knight is next best.

#3 Takingufurther is a previous course and distance winner. He’s mixed his form this term but his best can measure up here and with familiar ally Keith Yeung taking the reins he should be in with a chance. #5 Compassion Star is looking for back-to-back wins. Zac Purton takes over now which is a solid push and from the inside draw he maps to get the right run close to the speed. #4 California Rad has placed in his last three starts. He’s nearing a breakthrough win and if he finds the front early he’s going to give them something to run down. Chad Schofield returned from suspension a winner on Sunday and he reunites with #8 Focus here. The pair won together earlier this campaign and he’s expected to run well again.

#10 Gala Night turned his form around to snatch third last start. He’ll roll forward here for Grant van Niekerk to give them something to run down and that run clearly showed that he relished getting up in trip. The lightly raced #5 Full Power ran a blinder last time out to finish third over 1650m at the Valley. He’ll handle the step up in trip and from the inside he’ll find himself in the finish. #2 London Hall mixes his form but is racing well. This is a suitable race for him with the only concern being whether he can handle Happy Valley at his first attempt. #8 Dionysus Collin is unlucky not have won a race this season. He’ll be thereabouts for Alexis Badel, especially form the good gate.

#3 Stronger has had three starts in Hong Kong after arriving from Australia where he was a G3 winner as a two-year-old. He’s adapted to Hong Kong racing well and it’s a good push to see Hong Kong’s champion jockey Zac Purton in the plate for the first time. #4 Hong Kong Win is looking for his third consecutive success. He’s in tip-top form and he’s drawn to get all the favours under Alexis Badel. #10 Quadruple Double is a three-time winner already this term. He can build on this figure here having his second run at Happy Valley following a game third in defeat at his first attempt. #1 Cue The Music is better than his last start failure suggests. He can bounce back to form.

#6 Big Bang Bong flashed home last time out to finish second. He’ll need a race run to suit if he is to drop out to the tail of the field but as a two-time course and distance winner he rates as a leading player. #10 Heavenly Thought is looking to snap a streak of two runner-up efforts. He’s been racing well in defeat and it’s only a matter of time before he goes on with things. He’ll carry a featherweight 115lb and with Joao Moreira up from the inside gate there should be no excuses. #9 Zhan Jiang Rocks is a winner already this term. He rarely runs a bad race and this contest is well within his reach. #4 Surrealism gets the services of Zac Purton in his bid to land a first Hong Kong win. He’ll go close once again.

#8 Racing Luck is a two-time course and distance winner. He’s racing well this season albeit without a win but still, he’s nearing that elusive success this term and from the inside draw he should be afforded every opportunity. #7 Picken has mixed his form this term but his best is up to this level. He’s drawn to get the run up on the pace for Alexis Badel and against this field he’s capable of going on with it to put what has been a largely disappointing season thus far. #9 Farshad is still looking for his first Hong Kong win after arriving from Germany where he was a Listed Stakes winner in France. He’s taken his time to acclimatise but in saying that he’s shown more than enough to suggest a win was just around the corner. #4 Vigor Fame gets the services of Zac Purton. He’ll roll forward and give himself every chance of making it back-to-back wins.

#3 Green Reign put in a career-best run last time out to finish a narrow second to Hinchinlove over this course and distance. He could be value in what is a fairly deep race with a host of chances. #1 Californiadeepshot scored impressively on debut over this course and distance. He’s hit the ground running since his arrival to Hong Kong from Australia where he was unbeaten. He’s drawn a touch awkward which is a slight concern but if he manages to repeat his debut run then he’s going to prove difficult to catch. #8 What A Legend is looking for his third consecutive win. He’s in career-best form and this race appears suitable. #4 Beauty Spark gets the services of Zac Purton. He’s drawn well and the booking of the three-time champion jockey warrants respect. 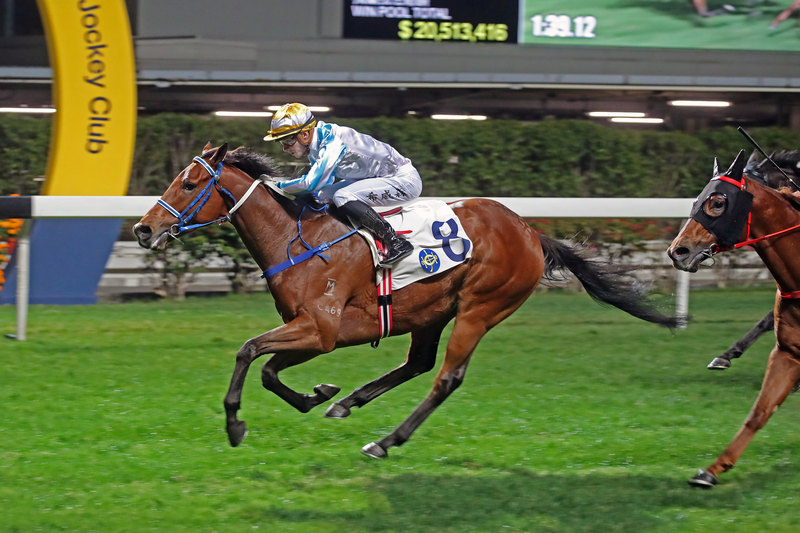