#9 Nice Kick closed strongly first-up over this course and distance, finishing just over a length behind the winner. He can progress further with that run under his belt and the booking of Joao Moreira signals intent from the yard. #4 Iron Boy turned his form around last start, rattling home to grab second. He mixes his form but Douglas Whyte appears to have him going well and his could be up to claiming this. #10 Supreme Plus is winless. He’s taken his time to acclimatise to Hong Kong but he might just find himself in the right spot from the good gate. #1 Hero Time has 133lb to lug but he gets the services of Zac Purton to offset this. He can figure.

#6 Golden Cannon closed strongly first-up to grab third in eye-catching fashion. He’s capable of doing the same again here, especially with the added distance on offer for this. The combination of Francis Lui and Vincent Ho have teamed up for five winners already this season and sixth here would not shock. #1 Calling The Shots turned his form around last start when dropping to Class 5. He remains in the same class here and with Zac Purton taking over riding duties; he should be in the finish. #2 Gold Velvet has been a model of consistency this campaign. He does his best racing at the Valley which he returns to now. #9 Megatron is the likely leader of this race. He gets 10lb off thanks to Alfred Chan’s claim and another win for the duo here, wouldn’t shock.

#7 Golden Glory rattled home last start from out wide to finish just two lengths behind the winner. He can progress further with that run under his belt and the inside draw should afford him every opportunity to do so. #2 Navas resumed well first-up, finishing a competitive fifth over this course and distance. He’ll improve with that run under his belt and his best should see him in the finish. #1 Mr Picasso gets down to Class 4. He will improve rapidly in the weaker grade and the booking of Zac Purton suggests that he is finally ready to peak. #8 Simply Fluke was fair first-up. He’s next best if he’s continued to improve off those runs.

#4 Zhan Jiang Rocks was impressive first-up with Zac Purton in the saddle and his booking once again signals intent from the Chris So camp. Although he’s winless, this looks a suitable race to finally go on and get the job done. #2 Starship won third-up last campaign and he appears to be on a similar path here. He’s been rattling home from the tail of the field at both of his seasonal outings and if he gets a fast pace on offer here, he’ll be in the finish. #7 C P Power is a course and distance winner. He should find himself in the right spot under the in-form Grant van Niekerk. #5 Kiram is next best.

#11 Garlic Yeah is having his fifth run back from the break. He’s fit and he’s now down to a competitive mark, as his last start third suggests when closing nicely to grab third. #10 Bullish Glory narrowly missed last start by a neck. Still, he’s racing well and he’s capable of going one better. #1 Heavenly Thought gets a welcome drop to Class 4 as well as the services of Hong Kong’s champion jockey Zac Purton. He can figure here with a positive ride from gate 5. #2 Starlit Knight is the likely leader of this under Jack Wong. He can make his own luck and if so, be very competitive.

#11 Focus turned in an excellent first-up run last start, finishing fast to grab second. He gets the services of the in-form Grant van Niekerk again and with just 117lb on his back, he’s going to prove tough to beat. #1 Lady First has been consistent across both of his outings this season. Zac Purton sticks aboard and from the inside gate he should get every possible chance, as long as he can handle carrying the 133lb. #3 Shouson is nearing a win. He’s steadily improved across each of his outings this season and with even luck, he will be in the finish. #4 Khaki was stuck at the rear of the field last start with far too much work to do. He can figure here with a positive ride.

#3 High Rev couldn’t have been more impressive last start and if he runs to a similar level here, he’ll take a power of beating. He remains in Class 3 which suits and if he’s capable of winning his way into Class 2. #1 My Ally should find the front with Alfred Chan’s 10lb claim. He has the talent and although this is a difficult affair, he could string them out here and prove tough to reel in. #4 Charizard found himself too far back in the field with too much to do last start. Prepared to forgive that run as he’s much better settling closer to midfield, which is where he’ll need to be at the Valley. #6 Har Har Heart turned in an improved effort last start. He rarely runs a bad race over this course and distance.

#3 King’s Eminence caught the eye on debut, closing for fourth behind Snap Fit, Special Stars and Beauty Charisma. That was an impressive debut run and if he’s taken improvement and experience out of that, he could prove difficult to catch. #2 Frustrated is the likely pacesetter of this. Zac Purton is likely to roll forward from gate 4 and play catch me if you can from there. #4 Special Stars is a two-time course and distance winner who prior to his last-start second, had largely struggled for form. His last-start effort was impressive and if he’s held his condition, he’s going to be a major player. #7 Beauty Charisma is next best.

#8 Buoyant Boy resumed impressively and he’s capable of getting Alexis Badel off the mark if he isn’t already. He ran a blinder first-up and any improvement from that should see him take beating. #6 First Responder has shown on a number of occasions without winning that he is ready to break through. He closed for a game second behind Le Terroir last start, which appears the right form line to go close to winning this. #4 Ballistic King got off the mark impressively last start. He rises five points in the ratings but he should still be around the mark even with the added weight. #11 Dancing Fighter is yet to finish outside of the top two. He has the awkward gate to contend with but he’s another who should finish around the mark once again. 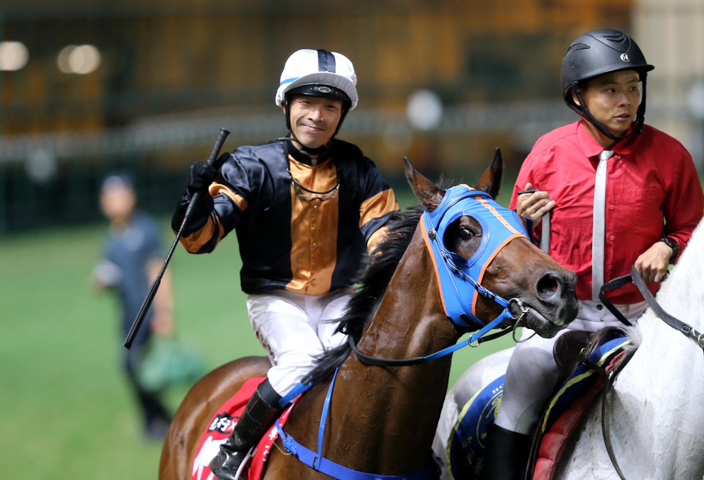