#3 Gouten Of Garo comes into this third-up following two encouraging runs prior. He’s steadily shown improvement and although he is winless across 23 starts, it appears it’s now just a matter of time. #2 La Bomba steps back in class. He’s shown very little across his five starts in Hong Kong, however, his latest trial was reassuring. #6 Starlot is a two-time course and distance winner. The son of Star Witness made inroads first-up over 1000m and the extra furlong on offer should give him every chance. #8 Open House is next best.

#9 Speedy Wally is a four-time course and distance winner. He narrowly missed last start behind Green Dispatch who pinched the race from the front. He’s ready to break through and from the inside gate, he should have every opportunity. #1 God Of Dragon steps back to Class 4 after racing competitively without winning in Class 3. He can figure against the weaker company. #3 Zhan Jiang Rocks gets the services of Zac Purton following an eye-catching trial effort. He remains a big watch first-up. #8 Flame Lily is likely to roll forward under Joao Moreira and play catch me if you can. One for the exotics.

#10 Mischievous Sundae has largely struggled across his short six-start career, however, his latest trial score was impressive and he appears ready to piece it all together. Hard to knock the win of #3 Hardly Swears last start. He still has further improvement to come and this race appears well within his grasp. #5 Bright Kid was ordinary second-up. His effort upon resuming was much better and if he can recapture that, he’s a chance. #9 Travel Datuk has been consistent without winning across his 33-start career. He’s a non-winner but his consistency warrants respect, namely his eight top three finishes.

#8 Aurora Pegasus improved out of sight when first-up last start. He has much more to come and with a positive ride from Zac Purton, he should prove tough to beat. #1 Hero Time has top-weight duties to contend with. He’s returned to a competitive mark, especially as he is already a two-time Class 4 winner. #2 Zero Hedge loves the Valley. He returned impressively last start and with that run under his belt, he is expected to be competitive. #5 Top Score should be around the mark again.

#7 C P Power just missed when first-up. He resumed in excellent order last start and with improvement, he isn’t far away from his fifth Hong Kong win. #9 Shining On is consistent. He returns second-up here for the dynamite combination of Francis Lui and Vincent Ho, the pair having combined on four occasions already this season. #10 Flash Famous is first-up following an impressive trial effort. He should get every chance to run a bold race from the inside draw. #6 Charity Wings is a three-time course and distance winner. He does his best racing deep into his prep but this looks to be a suitable starting point for him to pick up some prizemoney.

#4 All Wongchoy caught the eye at his only run last season, attempting to make all on debut, only to be run down over the closing stages. He’s the one to beat if he can overcome the wide draw. #2 Precious Sweetie is in search of back-to-back wins. He’s found his niche and if he can get the right splits at the right time, he’s capable of winning again. #1 Navas is a Class 4 winner previously with Zac Purton in the saddle. This is a suitable starting point and he should improve against a weaker bunch. #3 Shamport is not without claims off his last-start win.

#4 Victory Boys resumes. He’s won first-up previously with Zac Purton aboard and from the inside gate, he remains a big watch. #5 Circuit Glory is the likely leader under Alfred Chan with his 10lb claim. He’ll be in front for a long way. #9 Harmony Hero caught the eye last start behind Green Luck. That run holds him in good stead for this and with even luck, he’s a player. #10 Playa Del Puente is on a Hong Kong Derby trail. He can get his rating up with a strong run here.

#7 Ballistic King has impressed without winning across eight starts. Perhaps it all comes together here for him to finally score a first Hong Kong victory. #4 First Responder is in a similar boat as Ballistic King. He’s shown he has the ability and if it does manage to all come together here, he could prove tough to beat. #10 Nordic Warrior flashed home to grab fifth last start. He’ll rattle home as he did last start. #3 Blitzing is expected to roll forward. He’ll fly along under Joao Moreira from the inside draw to give them something to run down.

#9 Snap Fit is unbeaten in two starts. He’s an emerging talent on the rise who against this field, should be scoring with ease. #11 Amazing Luck will improve off his first-up run. Trainer Paul O’Sullivan is on fire having landed a Sunday treble and this galloper deserves to be kept safe. #4 Mega Heart is capable of running into the placings here. #1 Baltic Whisper gets down in class. He’s a chance against weaker company. 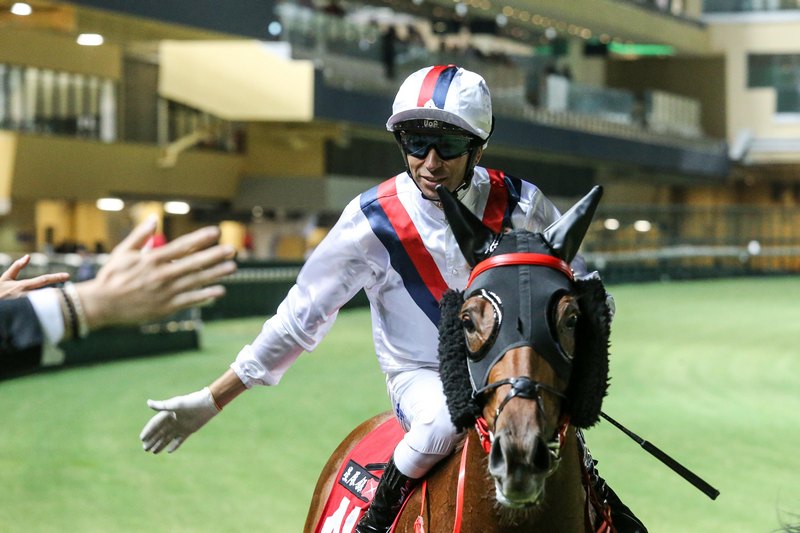